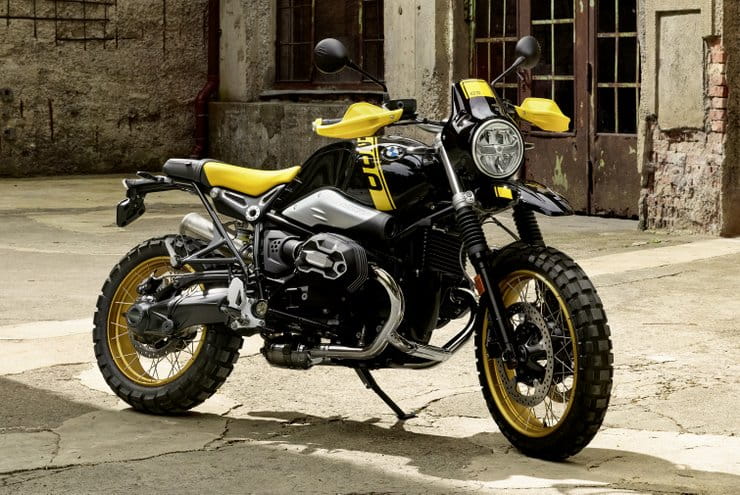 BMW’s R NineT has been with us for seven years now and as a retro-inspired machine it’s not under any pressure to keep up with the times when it comes to styling. It still needs to meet emissions limits, though, so the 2021 version has been reworked to bring it into line with Euro5 restrictions and BMW has taken the opportunity to throw in some more changes in the process. 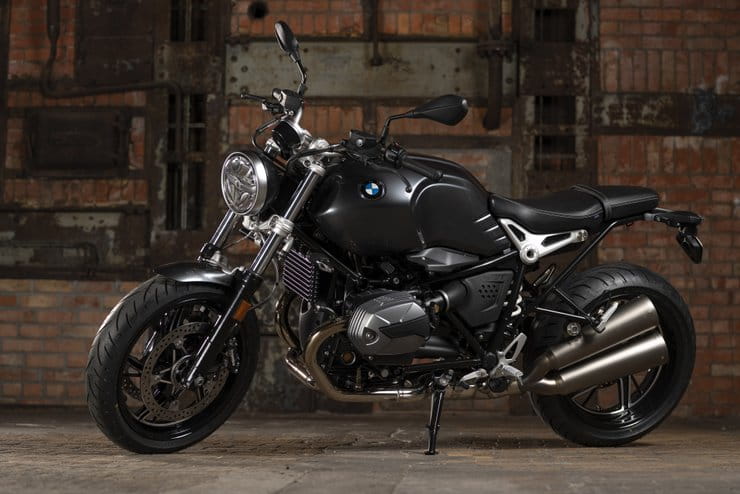 Starting with the engine, the R NineT is now the last remaining bike in BMW’s range to use the old air-cooled, 1170cc boxer twin. While it might have been easy to slot the more modern, water-cooled motor from the latest R1250 models into the bike the firm has decided instead to revamp the old unit to keep a clean look with no need for radiators.

Getting the engine to pass Euro5 meant designing new cylinder heads – recognisable thanks to a new cooling fin layout and redesigned head covers – along with unseen changes to the throttle valves.

Inside, the heads offer cleaner combustion thanks to a new ‘turbulence system’ – improving the way the air/fuel mixture moves to get it to burn more efficiently. While peak power dips a fraction – from 110hp to 109hp at 7250rpm – max torque is unchanged and BMW promises better power and torque between 4000rpm and 6000rpm for better roll-on acceleration. 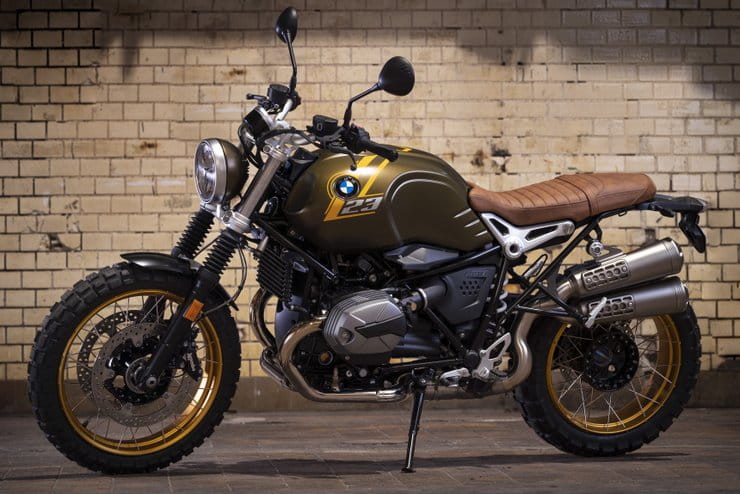 On the electronics front, the R NineT now gets BMW’s ABS Pro (cornering ABS) including Dynamic Brake Control, which prevents accidental application of the throttle and cuts engine torque during braking.

The 2021 R NineT also gets a new rear suspension strut with travel-dependent damping that alters depending how much the suspension is compressed. It also gets an easy-to-use handwheel to adjust preload. 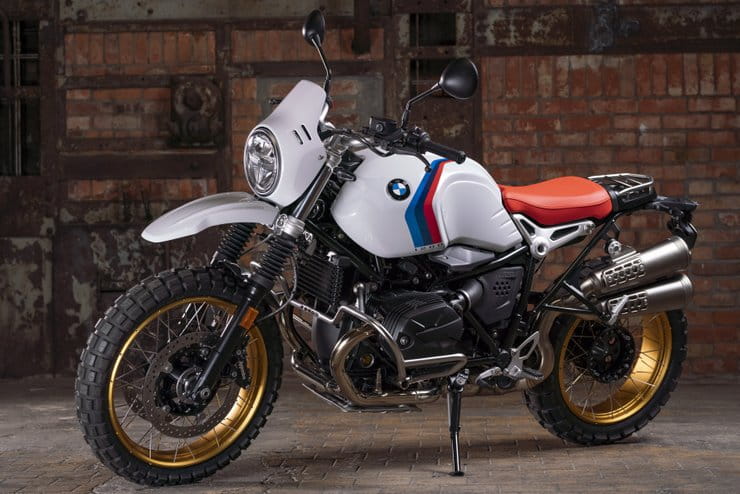 Engine aside, there are few visual changes to the 2021 R NineT apart from a new dial for the circular instrument pack and the addition of LED indicators as standard. However, you’ll rarely see a standard one as customisation is central to the R NineT’s appeal and BMW has added an array of new extras for 2021.

The ‘Option 719’ range of cosmetic alterations is also updated to include ‘Milled Parts Packages I and II’ in silver or silver/black, each including various machined alloy parts like cylinder head covers, levers, tank covers and footpegs. 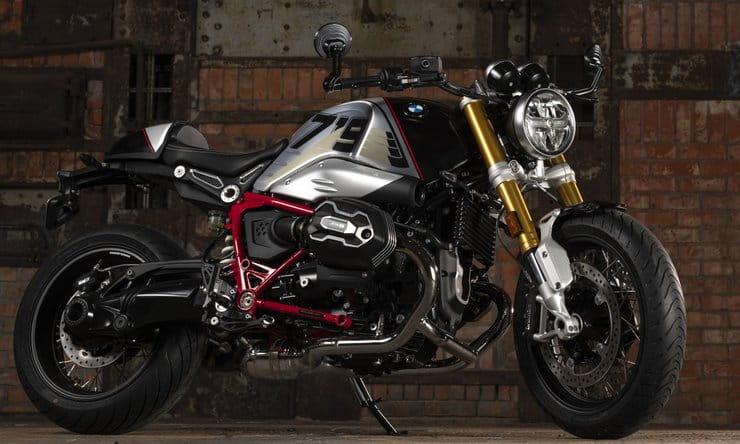 As before, there are four distinct models in the R NineT range, all with new colours for 2021. The original R NineT comes in black/silver as standard, with three ‘Option 719’ custom schemes to choose from (matt black/matt silver, white/gold, silver). Then there’s the simpler R NineT Pure, which is matt blue as standard, again with three optional schemes (black/red, blue/white, silver).

The R NineT Scrambler comes in matt grey or matt ‘Kalamata’ (olive green) as standard in 2021 with Option 719 colours of black/red or blue/white. And finally there’s the R NineT Urban G/S, which comes in the usual while with red/blue stripes, as a black-and-yellow ‘Edition 40 Years GS’ or with the Option 719 black/red.

Notably, the faired, drop-barred R NineT Racer is missing from BMW’s 2021 range at the moment. Gone for good, or set to come back even better than before?