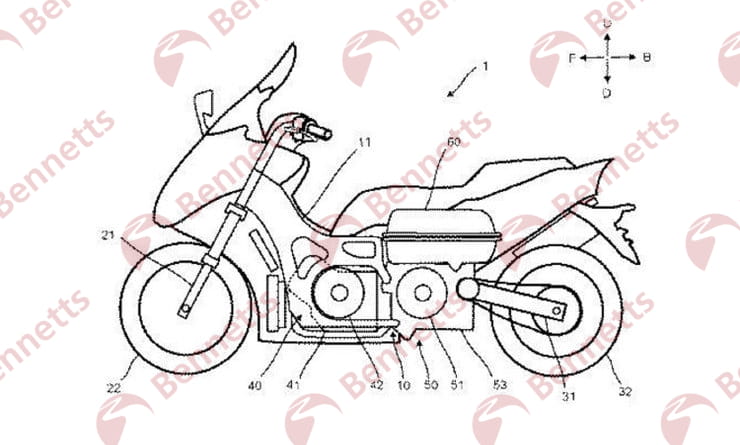 Back in the first decade of the 21st century Yamaha put a lot of work into the idea of petrol-electric hybrids and now it’s bringing back the idea with a new range-extender design.

Hybrid technology was all the rage between 2000 and 2010. Toyota’s Prius was proving that the idea offered incredible fuel economy on four wheels, with rival manufacturers rushing to jump onto the same bandwagon. All-electric vehicles still seemed a long way from viability back then, with heavy batteries, short ranges and slow charging times, so hybrids offered a perfect compromise.

Yamaha has close ties to Toyota, so when the firm revealed its Gen-Ryu concept bike in 2005 – combining the four-cylinder engine from an R6 with an electric motor in a strange, cruiser-like package – it seemed only a matter of time before a toned-down production hybrid would emerge from the firm.

It nearly did, too. The company’s HV-X prototype used similar technology but with a 250cc single and a TMax chassis, and was revealed as a running machine in 2009, but by then the financial crisis was putting the brakes on R&D all across the bike industry, seemingly putting an end to the project. 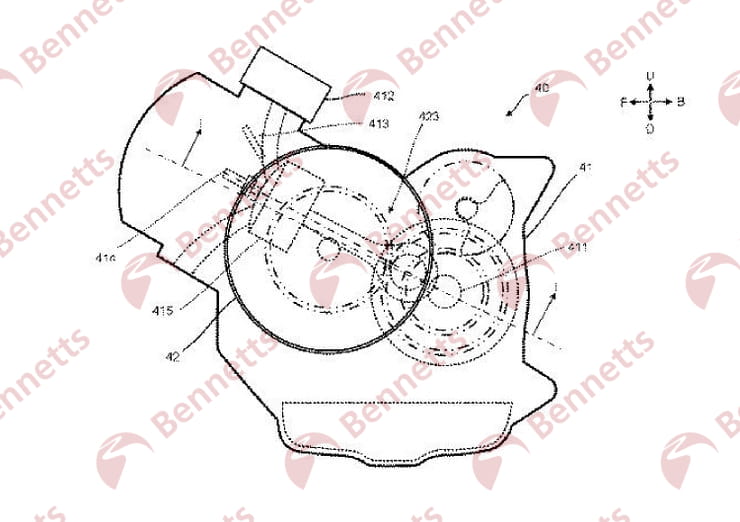 Now, though, Yamaha is working on hybrids again – albeit with a very different technical approach.

While we’ve seen a couple of hybrid bikes reach production, like Piaggio’s MP3 Hybrid and Honda’s PCX Hybrid, they’ve been relatively simple designs using an electric motor/generator to boost a petrol engine’s performance. Kawasaki has also been developing hybrids along the same lines in recent years. But Yamaha’s approach has been different.

The original Gen-Ryu and HV-X both used a Toyota Prius-style transmission, with a planetary gearset connecting the petrol engine and electric motor to the output shaft. The design cleverly created a continuously-variable transmission ratio that could also mix its power, running on pure petrol, pure electric or a combination of both, while also allowing the motor to act as a generator when the batteries needed charging.

The new design doesn’t follow that pattern, though. Instead it doesn’t provide any means for the petrol engine to drive the rear wheel, using it purely as a generator to top up the batteries as you ride. 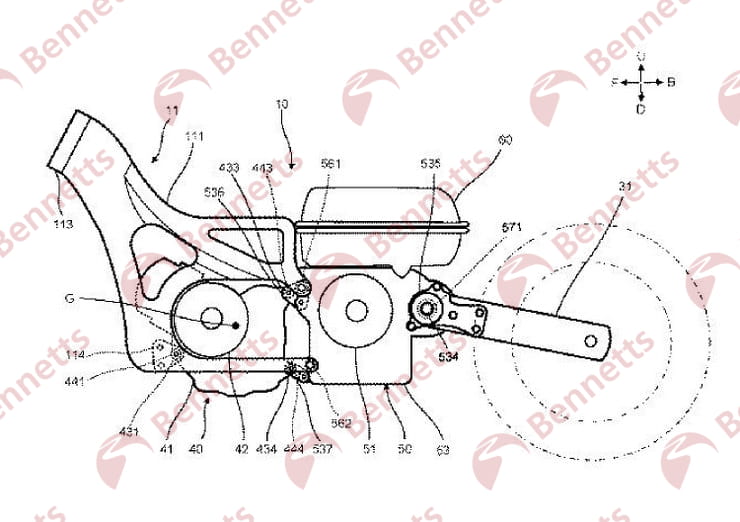 Where the older Yamaha designs were ‘parallel’ hybrids, the new one is a ‘series’ hybrid, perhaps better considered as an electric bike with a petrol-powered range-extender.

The bike is basically electric, with a battery under the seat powering an electric motor (labelled 51 in the patent pictures) that drives the rear wheel via a reduction gearbox and chain final drive. The petrol engine is a small single-cylinder mounted in front of the main power unit. It it’s connected to a generator (42) that recharges the battery, but has no means to drive the rear wheel itself.

The frame is very much like the TMax scooter’s – and the old HV-X prototype, for that matter – with an aluminium front section holding the steering head at one end and attached to the transmission at the other. The transmission acts as the rear structure, supporting the seat and the swingarm pivot.

The range-extender idea means that in most circumstances the bike would be purely electric, allowing it to be charged via a plug and ridden without using any petrol. However, should the battery begin to run low or the electric motor demand more electricity than it can provide, the petrol-powered generator kicks in to add an extra boost or recharge the battery. Again, it’s a system that’s familiar in cars – production vehicles including the BMW i3 and Vauxhall Ampera have used the idea, providing a much longer range from a smaller, lighter and cheaper battery than a similarly-capable, pure-electric vehicle would be able to use. 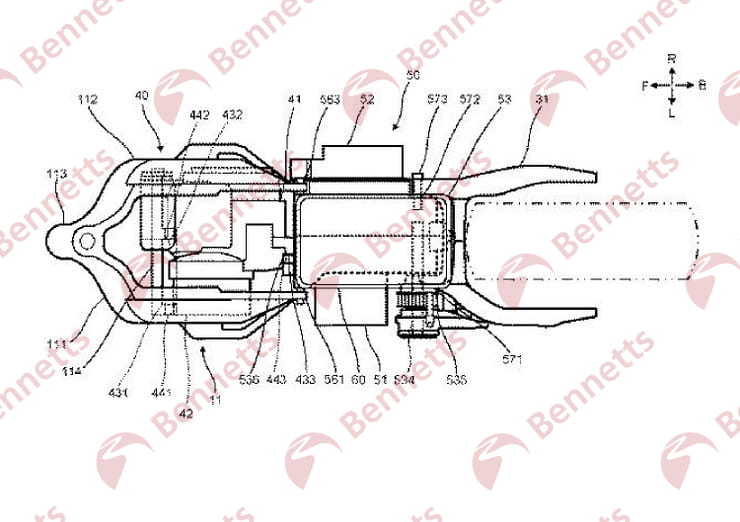 Yamaha’s patent isn’t concrete evidence that a hybrid bike is about to be added to the firm’s range but it clearly shows that after a long period away from the idea of hybrids the firm is putting R&D money into the idea once again, albeit in a very different way to the designs it drew up a decade or so ago.

Whether it’s the idea compromise between the eco-friendly, zero-emission tech of a pure electric bike and the practicality of a petrol-powered machine will depend on how you use it, but with Yamaha and Kawasaki now actively working on hybrid projects it’s becoming increasingly likely that we see more petrol-electric machines in showrooms in the future. 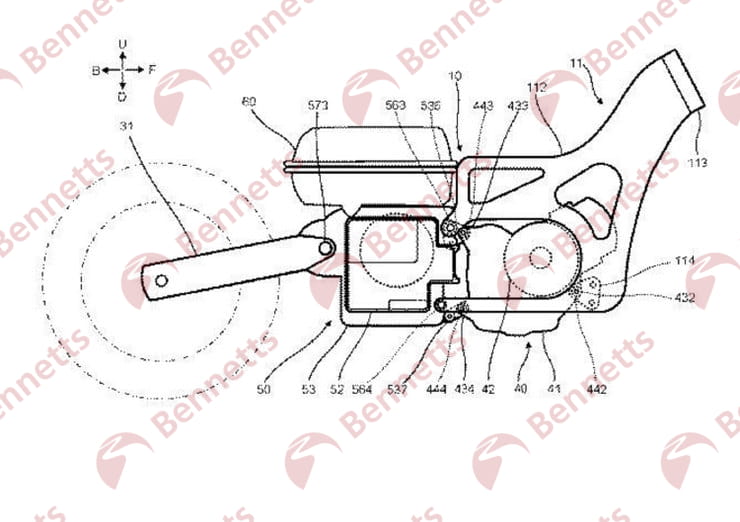