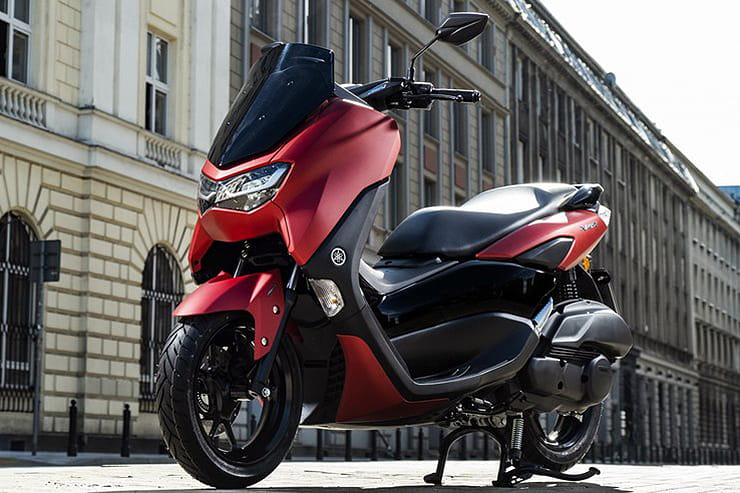 Technologies like variable valve timing, traction control and a smartphone-integrated dash wouldn’t come as a huge surprise on a new litre-plus bike but they’re not what you’d expect on a 125cc scooter. Those are all things that Yamaha’s latest NMAX 125 has to offer, though, and the tech doesn’t stop there.

As the best-seller in Yamaha’s ‘Urban’ range the NMAX 125 has clocked up 72,000 sales, nearly two-thirds of all Yamahas sold in that part of the market, and it’s always been strong on tech. Ever since its 2015 launch, the NMAX 125 has had variable valve timing, for instance. But a completely revamped version for 2021 adds even more tech. 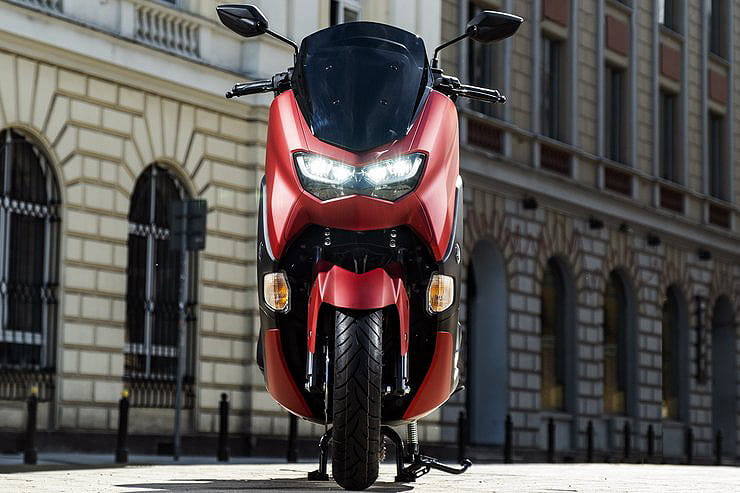 Built around a newly-designed frame and with cleaner styling, the 2021 NMAX 125 gets LED headlights and improved ergonomics, but it’s what’s under the skin that will make the biggest difference.

The 12hp single-cylinder ‘Blue Core’ engine, which is now Euro5-compliant, gains switchable stop-start tech, which means it can be set to turn off whenever you come to a halt, automatically restarting when you open the throttle. You can turn the system off if you prefer, but when engaged it makes the bike more efficient and cleaner. Yamaha says that, coupled with a slightly larger 7.1 litre fuel tank (previously 6.6 litres), the bike’s range is now up to around 200 miles between fill-ups. That’s about 128mpg, up from 122mpg for the old version. 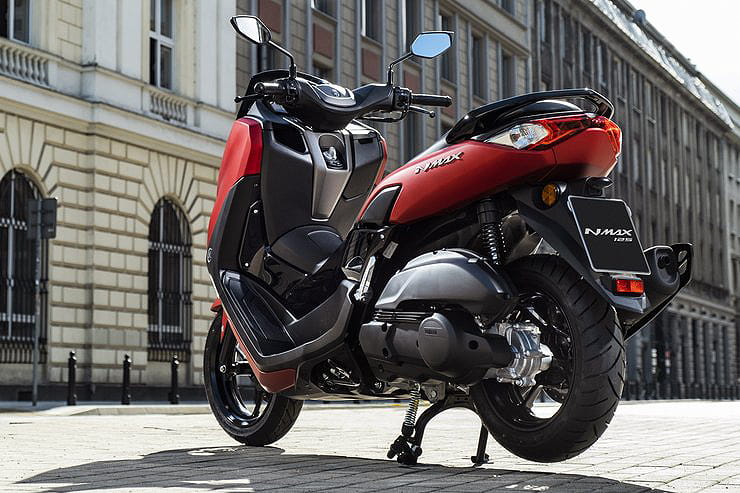 The tech continues with traction control – yes, even with just 12hp on tap it’s a system that will be reassuring for many new riders expected to buy the NMAX – and a new smartphone-connected LCD dash.

Via the Yamaha MyRide app, you can pair your phone to the bike, accessing info including battery and oil status, fuel consumption, max lean angle, acceleration, speed and distance of previous rides, as well as logging ride routes that can then be shared online via the app. Information flowing in the other direction means the NMAX’s dash can display your phone’s battery level and give alerts for incoming calls, texts and emails. A keyless start system completes the bike’s impressive roster of technology. 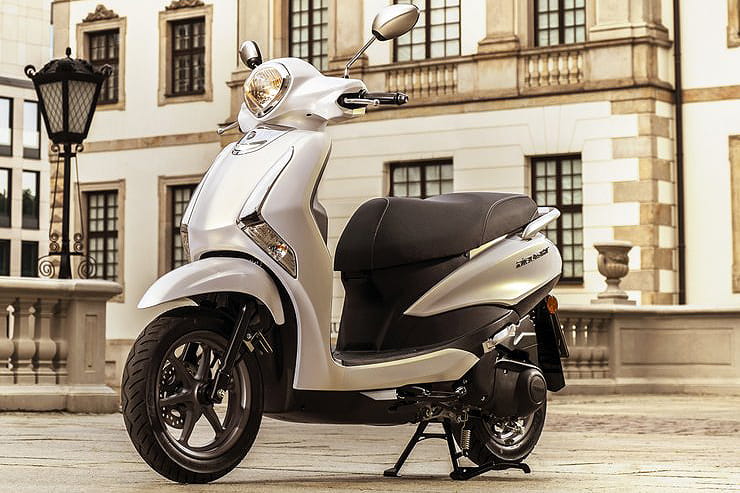 The NMAX isn’t the only Yamaha 125 scooter getting reworked for 2021, as the cheaper D’elight 125 is also revamped.

Like the NMAX, the D’elight uses a ‘Blue Core’ 125cc single, but it’s air-cooled instead of water cooled, with a peak of around 8hp. It also gets start-stop tech and Euro5 certification for 2021, increasing economy from an already-impressive 149mpg to 157mpg.  The impressive economy is thanks in part to the bike’s low weight of just 101kg, although it’s 2kg more than the previous version.

A restyled fairing and headlight visually distinguish the 2021 D’elight from its predecessor, although the underpinnings are largely unchanged.

The D’elight is due in dealers in December, in a choice of white, red or black, while the NMAX 125 will be here in February in red, blue or grey. 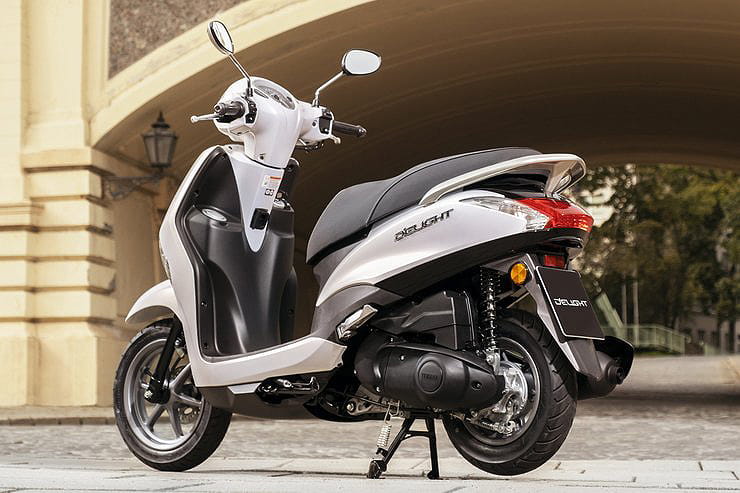