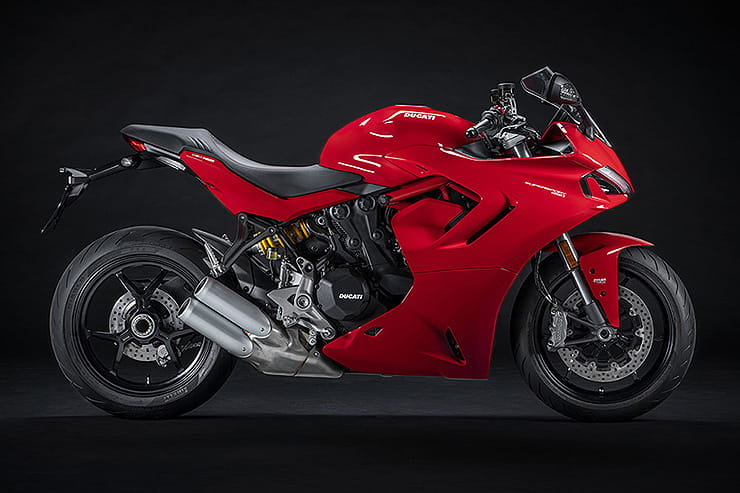 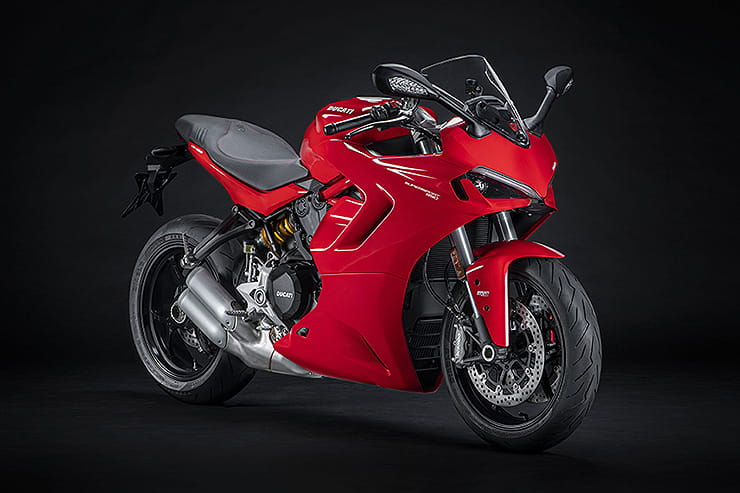 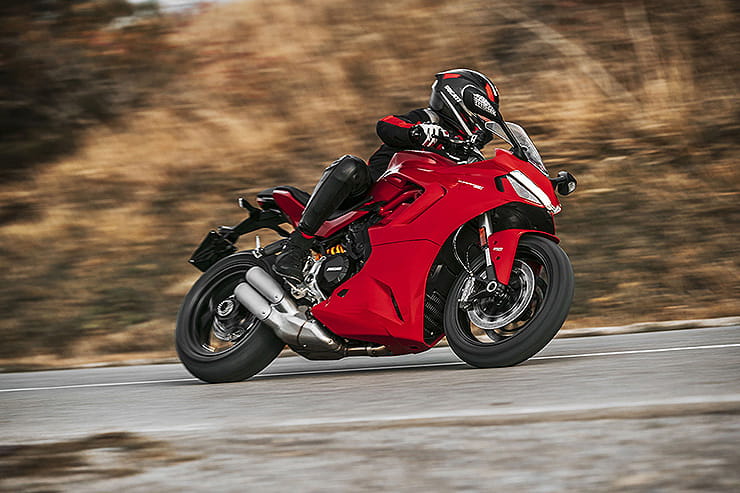 Ducati’s SuperSport 950 might not have the sort of performance that tends to put the limelight on its Panigale big brother but if you need one bike to do everything and want a Ducati badge on the tank it’s arguably the best option in the range.

For 2021, like virtually every bike that’s remaining in production, it’s been uprated to meet Euro5 emissions rules. It wasn’t a big job for Ducati, since the same 937cc Testastretta 11° engine used by the SuperSport is shared by the Hypermotard 950 and Multistrada 950, which already meet the new limits.

The chassis is similarly carried over from before, with the familiar trellis frame and single-sided swingarm. As before, the base model uses 43mm Marzocchi forks and a Sachs shock while the higher-spec ‘S’ version features Ohlins kit at both ends. 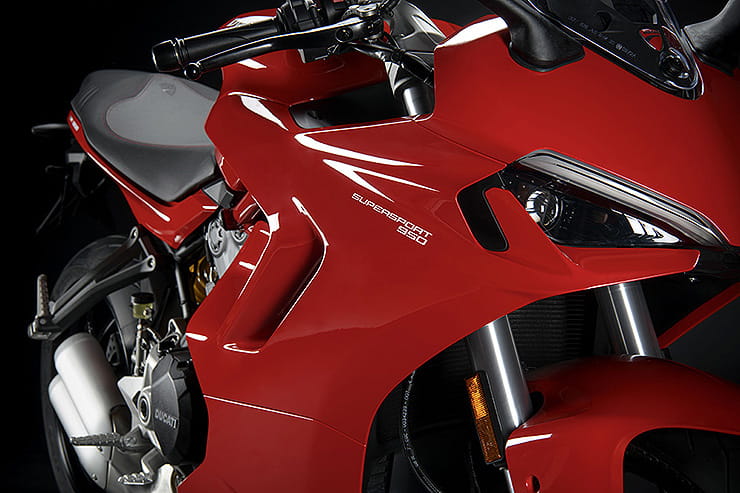 So, what has changed? Most of the updates are cosmetic, with new fairing sides and a redesigned headlight allied to a seat that’s been upgraded for more comfort.

The headlight carries over the theme of the previous model, with a strip of LEDs running along the upper edge and dipping under the tip of the nose, but they’re more subtle than before. A diffused surface means you no longer see the individual LEDs, instead just a continuous strip of even light. Below, the main headlights are new – again LEDs – with a Panigale-inspired shape.

While the panel above the lights isn’t changed, the fairing sides are new. Notably, the air outlets that vent hot air from the radiator are moved up, mimicking the shape of the fairing’s rear edge to give a gill-style appearance that’s another nod to the look of the Panigale V4. Moving down, the sides now mould more closely around the engine, while the bellypan extends much further back than before to further enclose the power unit.

Ducati says these changes don’t just enhance the looks but also control the flow of hot air from the radiator and engine, keeping it away from the rider to improve comfort.

That theme of greater comfort continues with a redesigned seat with different padding, a new material for the cover and more longitudinal space for the rider.

The new look continues when you’re on board, as the SuperSport is taking the now well-trodden path of adopting a full-colour TFT dashboard to replace the dated-looking all-grey LCD of the previous model.

It appears to be the same dash that you’ll find on a variety of Ducatis, including the Panigale V2 – a modest 4.3in unit that nonetheless includes all the information you need as well as guiding you through the bike’s various electronic settings. It also includes Ducati’s ‘DMS’ multimedia system that ties in with smartphones via Bluetooth to give music controls and information on the dash, plus call and message notifications.

As well as a six-axis IMU that enables the SuperSport to feature cornering ABS and ‘Ducati Traction Control EVO’ (cornering traction control), the 2021 SuperSport 950 models get ‘Ducati Wheelie Control EVO’ that also uses the IMU to manage the amount of front wheel lift under hard acceleration. An up-down quickshifter is also standard, and is tied into the IMU to help keep the bike stable even if you change gears during corners. 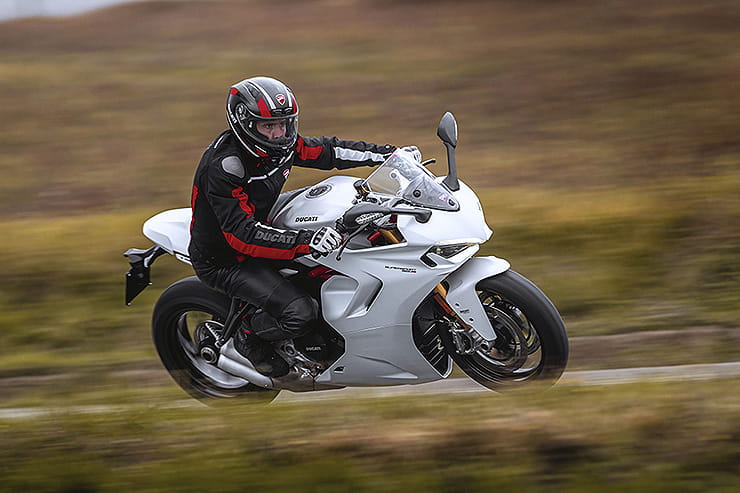 Ducati will also be offering ‘Sport’ and ‘Touring’ option packages, with the Sport setup including a smattering of carbon fibre and an Akrapovic silencer, while the Touring pack adds side cases, heated grips and a taller, smoked screen.