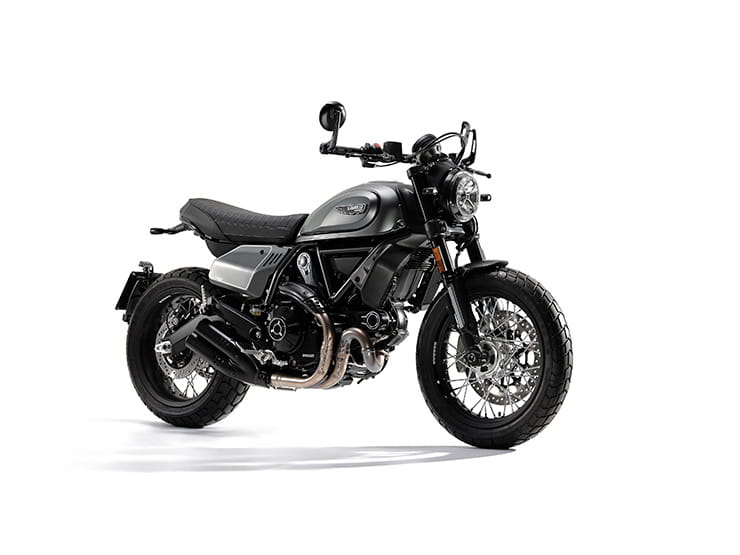 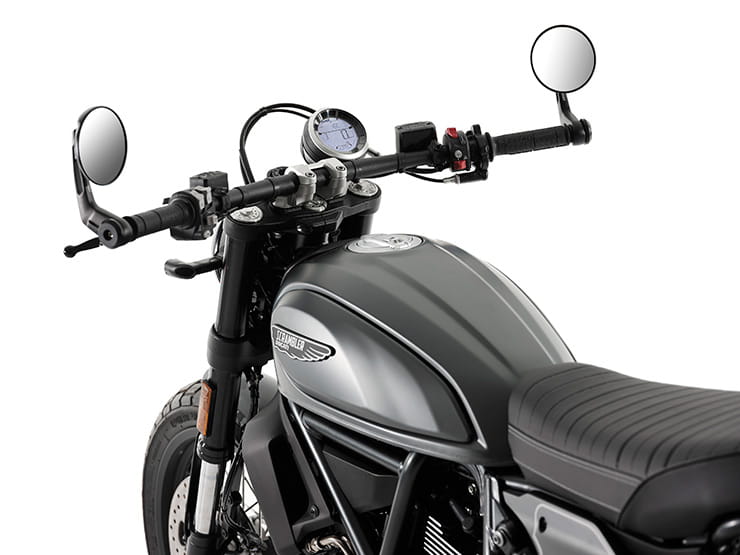 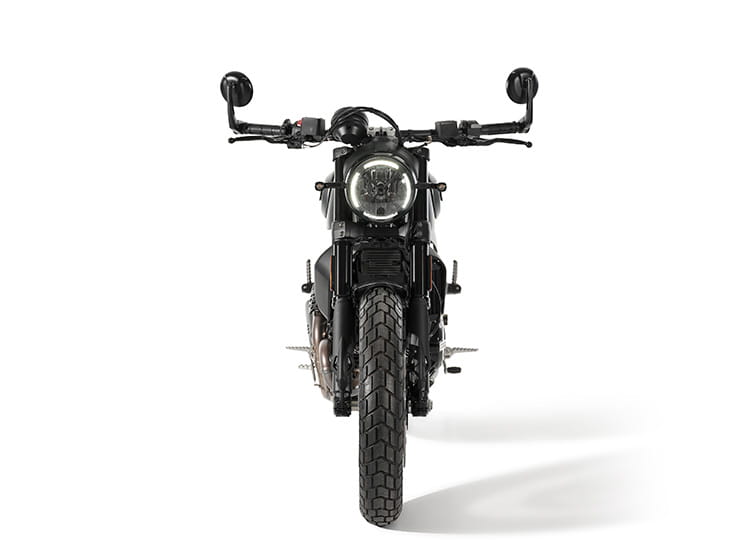 The new Ducati range says goodbye to two versions of the Scrambler 800 as the Cafe Racer and Full Throttle variants bite the dust and both are succeeded by the new Scrambler Nightshift.

While it’s got a new name, the Nightshift is largely a parts-bin creation, using elements of the two machines it replaces to become a mixture of both. The Full Throttle donates its squared-off, number board-inspired side panels, while the wire wheels and mirrors are taken from the Cafe Racer. It uses the same twin-exit exhaust that appeared on both its predecessors, but gets a flat, ribbed seat instead of the sculpted design that was used on the Cafe Racer and Full Throttle. 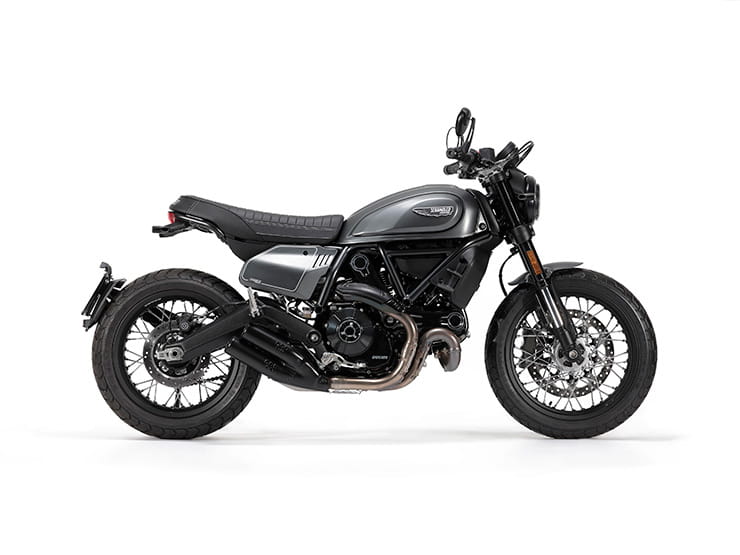 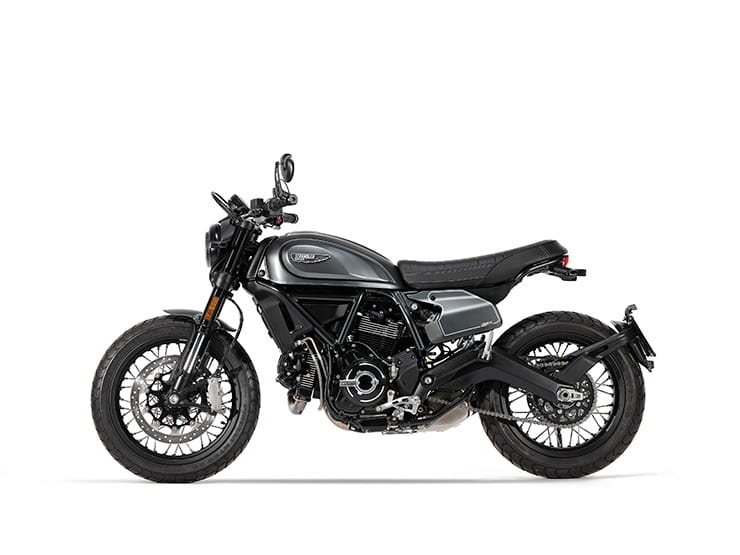 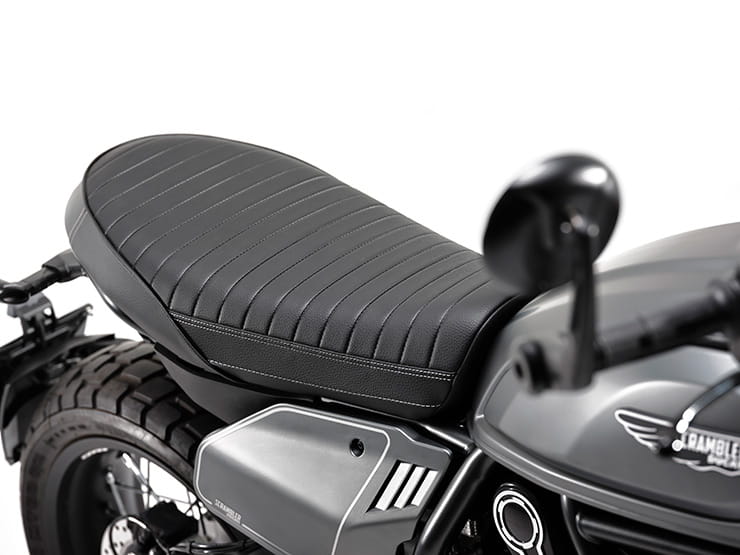 Billed as the perfect combination of the two bikes it replaces, the Nightshift features straight, narrow bars that appear to be halfway between the Cafe Racer’s low clip-ons and the Full Throttle’s wide, tall, flat-track-style bars.

If you were a fan of the previous machines’ bright colours, though, you’re out of luck. The Nightshift comes only in grey.

Its technical specs are familiar from other members of the Scrambler 800 range, with the usual 803cc air-cooled twin, making 73hp and 48.8lbft of torque. At 196kg wet, it matches the old Cafe Racer, but is somehow 7kg heavier than the claimed mass of the Full Throttle, which weighed the same 189kg as the entry-level Scrambler Icon. 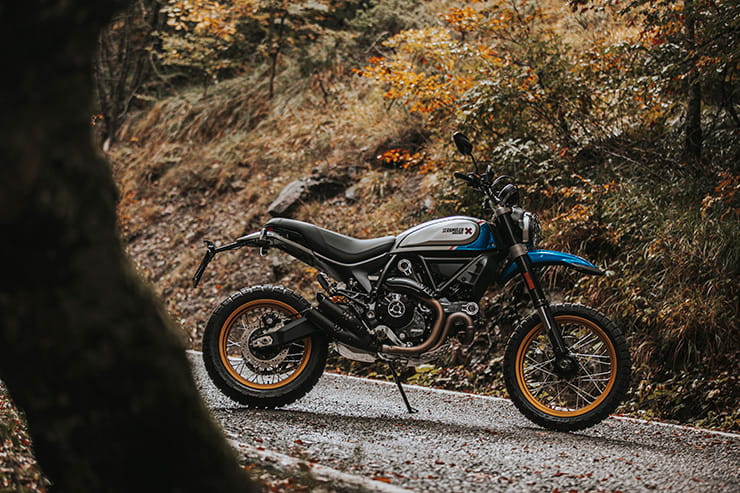 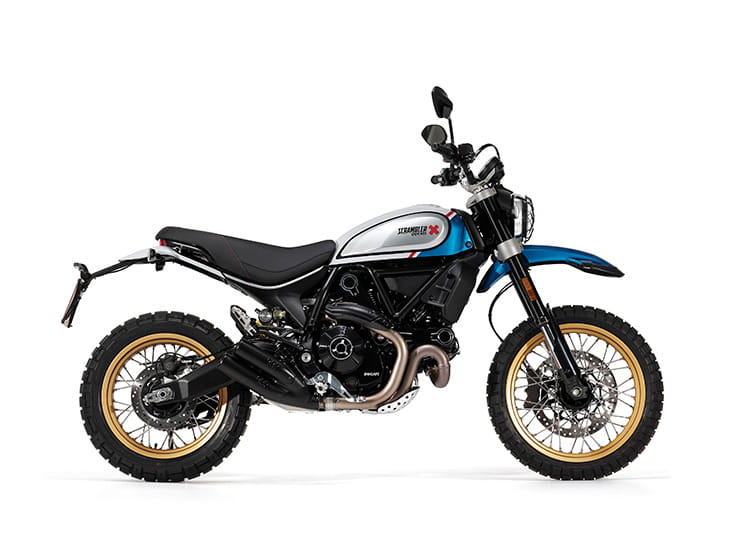 Speaking of the Scrambler Icon, Ducati is introducing a new red colour option for 2021, replacing last year’s orange scheme, with the old yellow option also remaining in the range. There are colour changes for the Scrambler Desert Sled, too, with a new blue, red and white scheme with a black frame replacing the 2020 model’s white-and-red colours. A new gold finish for the wire wheels adds a 1980s Dakar bike touch.

The Desert Sled also gets an anti-slip seat material, but otherwise carries over the same components and specs as the current model.

The updated Desert Sled is due in dealers at the end of November, while the new Nightshift is coming in December and the ‘Ducati Red’ version of the Scrambler Icon will arrive in January.