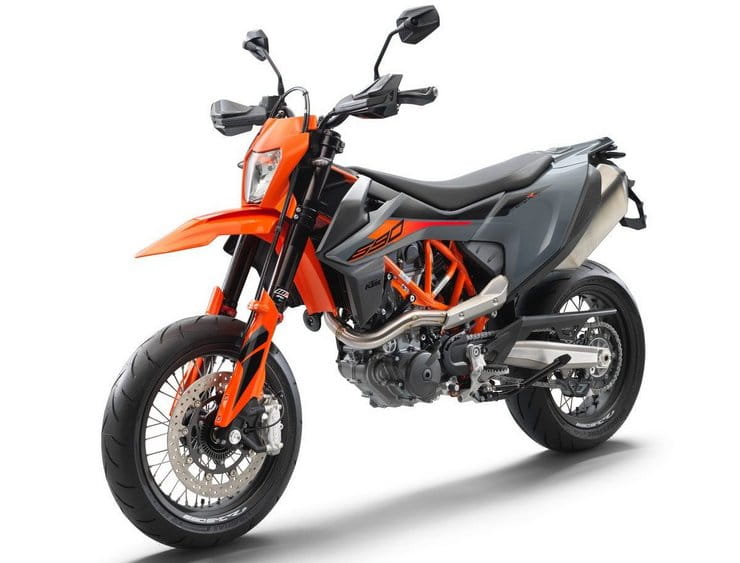 KTM’s LC4 single-cylinder engine might have been exorcised from the Duke and Adventure model ranges but it’s been given a reprieve in the 2021 Enduro R and SMC R models.

Now certified to meet Euro5 emissions standards, the LC4 single – which was the backbone of KTM’s range for years – still makes a compelling case for itself. In a market that’s increasingly dominated by twins, you’ll struggle to find a direct rival for KTM’s 74hp, 690cc single-cylinder and the thumping way it delivers its 54lbft of torque. It’s a hard-core engine for fans of the configuration, so it makes sense that KTM now reserves it for two models that demonstrate a slightly more old-school take on the brand’s values than the increasingly sophisticated twin-cylinder Dukes and Adventures. 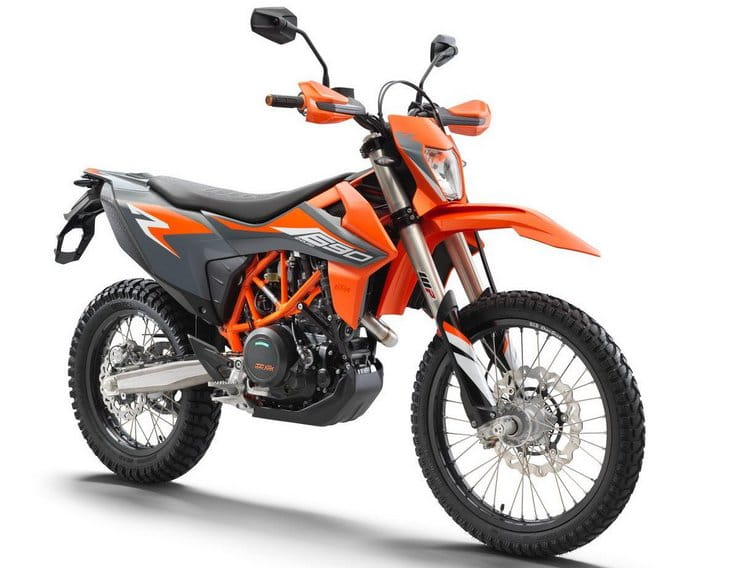 While Euro5 certification, which guarantees the engine’s future in the Enduro R and SMC R for the foreseeable future, is the main change to the two models, KTM has taken the opportunity to apply a few more tweaks to the pair for 2021.

The off-road-oriented 690 Enduro R gains new selectable riding modes, accessed via a bar-mounted switch and allowing you to choose between ‘street’ and ‘off-road’ settings. As well as altering the power delivery and traction control, the modes adapt the brakes. In ‘street’ setting the ABS operates on both wheels while ‘off-road’ disengages the anti-lock for the rear wheel. It’s a change that used to require a plug-in dongle to achieve on the previous model, but can now be done on the move. The ABS itself is lean-angle sensitive to work in corners, too. 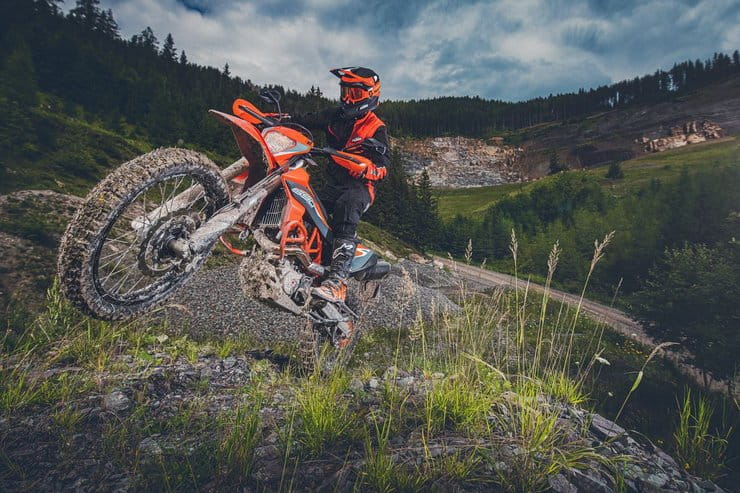 The supermoto-style 690 SMC R gets the same new ABS system that features on the 2021 Enduro R, with on-the-go adjustment and a dash-mounted ‘off’ switch, but KTM’s braking updates go further still with the addition of a new Brembo M4.32 monobloc caliper on the front.

On both bikes, the engine – which had a major overhaul in 2019 to eliminate vibration by adding a second balancer shaft in the cylinder head to accompany the existing one in the crankcase – hits Euro5 standards thanks to a new catalytic converter inside the muffler, which is visually the same as before. The spec already includes high-end kit including a ride-by-wire throttle, traction control, engine braking control and a quickshifter.

KTM Product Manager Joachim Sauer said: “The LC4 has been a powerful component of the KTM 690 Enduro R and KTM 690 SMC R but we’ve still been able to harness that asset and continue to develop both motorcycles to be a special part of our KTM portfolio. We’ve found ways to give riders a more exciting and upgraded package for 2021 that keep the bikes as references in their segment. They are unique in their own special ways and we want to keep making them as essential as they are exhilarating.”

They’re expected to reach dealers in January next year, and while prices have yet to be confirmed we’d be surprised if they change significantly compared to the existing models. 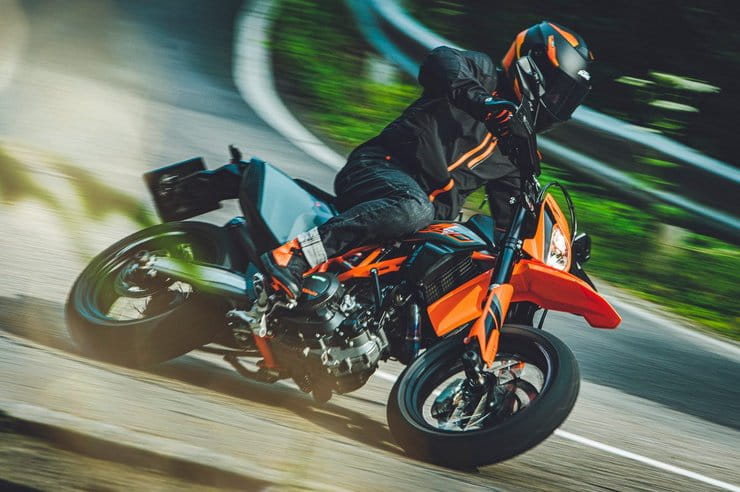