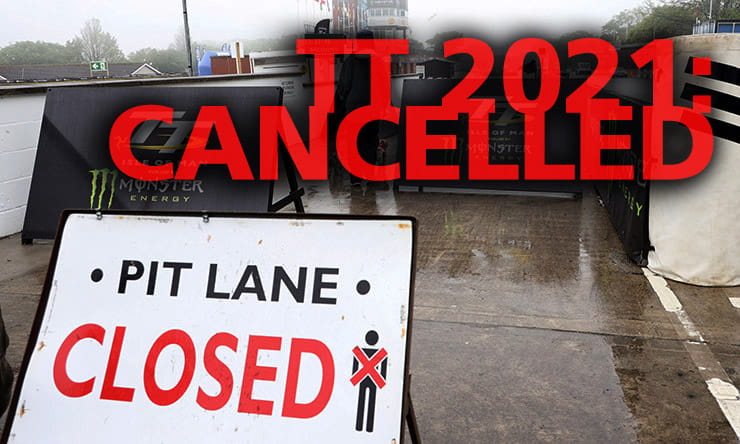 After a year’s hiatus at the mercy of COVID-19, the Isle of Man’s Department for Enterprise has disappointingly announced today that road racing will not return to the Isle of Man for the world-famous TT Races for another year due to the continued effects of the pandemic.

The event traditionally takes place covering the last week of May and first week of June and the idea of moving the TT to run in place of the Classic TT and Manx Grand Prix usually held over the August Bank Holiday weekend had been discussed but the size, schedule and many other logistical issues made it unworkable.

BikeSocial understands a decision deadline of March 2021 is in place to confirm whether the Classic TT presented by Bennetts and Manx Grand Prix will go ahead or not. Currently, the event is scheduled to run from Saturday 21st August – Friday 3rd September 2021.

In a statement released today, Lance Skelly, MHK, Minister, Department for Enterprise, Isle of Man Government, said, “We do not underestimate the disappointment that this decision will cause to many people. However, we are making an early and logical decision to provide certainty and clarity to race fans and everyone else involved in our event. The TT relies on thousands of volunteers and officials across a wide range of organisations and we could not move responsibly towards operating to that date and commit to welcoming tens of thousands of people to the Island in June, despite the progress towards a vaccination programme globally and on the Island.”

Mr Skelly continued, “We evaluated all possible options including moving the TT to a date later in the year but there are complexities and risks, including scaling up of certain infrastructure and critical delivery elements of the TT, as well as existing resident and visitor travel in late August, which would cause further disruption to thousands of people.”

Should the Manx and Classic TT also be cancelled then by the time the first practice session takes place of the 37.73-mile Snaefell Mountain Course at the TT in 2022, the gap since the last closed-road lap in anger (Manx Grand Prix, August 2019) will be 33-months, and even longer for those at the sharp end of the Senior and Superbike races who won’t have seen the famous TT course since 7th June 2019.

TT lap record holder, Peter Hickman, expressed his views to BikeSocial, "I'm hugely disappointed. Obviously, the TT has become a massive part of my year and my career so to have it taken away two years in a row is a huge blow. I understand the reasons of course but with all the positive news about vaccines at the moment, I can't help but feel they've jumped the gun a little..." 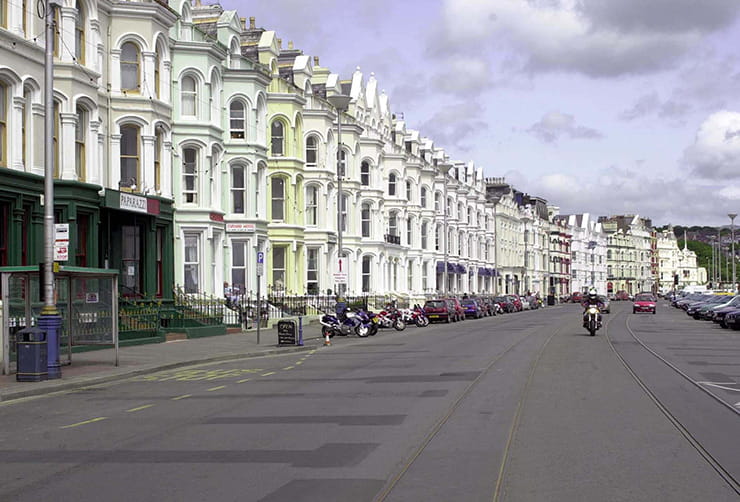 Above: The only other post-war cancellation of the TT was in 2001 due to the outbreak of foot-and-mouth disease in the UK. This was Douglas Promenade during what would have been race week.

23-time TT winner, John McGuinness, told us, "I’m just flat. The news knocked me off my feet. I’ve got unfinished business there: I can’t finish up riding the TT the way I’ve left it. It doesn’t matter as much to the younger generation as the event will come back to them, but for me it might be my last roll of the dice. I guess we’ll see.

But I’ve still got love and passion for the place and if I’m not riding there I’ll still be over there, stood watching or gassing at a bar on the Island. World War 2 couldn’t stop the TT, but once something goes away people either miss it more or say they can do without it. I hope it’s the former, I really do. Two years is a lot of time for people to get used to change but I’m sure the organisers will use this to make the event stronger - it’s no bad thing for the future. Let’s just hope that everyone wants it back."

Paul Phillips, Business Development Manager, Isle of Man TT, said, "Everyone involved with the Isle of Man TT is of course disappointed that the event has been cancelled for 2021. But we are glad that a decision that has been made early so everyone who is impacted can plan accordingly. We are sorry for all the fans, riders, teams and volunteers who will miss another year on the Island, but we will be working hard to make sure we come back with an even better event in 2022 and we have a lot of exciting plans for when the TT does return. Focus now moves to the Classic TT later in the year, and we will be working with our colleagues at Bennetts to deliver a fantastic experience when we hope the situation will have improved enough to allow the event to take place as normal.”

Luke Brackenbury, PR, Brand & Events Manager for Bennetts, the Official Insurance Partner of the TT, said: “With so many riders and race fans looking to put 2020 behind them and start getting excited about next year, this is frustrating news for the motorcycling community.

“Looking to the future, the incredibly passionate and dedicated team that delivers the entire TT event have already teased us at Bennetts with their next steps for this unique event and we believe the best years of the TT are still to come.”

For further information, including a specific FAQ section on the 2021 TT cancellation, head to www.iomttraces.com