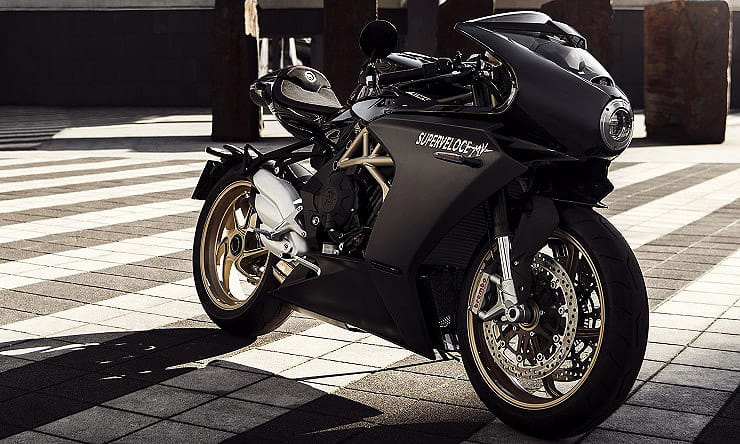 New colour options aren’t normally newsworthy but just occasionally a coat of paint creates a disproportionate change in a bike’s appearance and appeal.

Of course, that Formula 1 look they’re referring to is from the famous Lotus cars that ran JPS sponsorship during much of the 1970s, but it’s one that’s equally well known from the JPS Norton race bikes of the late 80s.

If the black scheme is a departure from the norm for MV, the other new scheme for the Superveloce is firmly in the company’s comfort zone. It’s the classic red, silver and gold combination that’s been used across a host of bikes in the firm’s history. It’s very similar to the paint scheme of the original Superveloce concept and the initial run of expensive ‘Serie Oro’ versions of the bike, but this time the colours are applied to the mass-made version.

Adrian Morton, MV Agusta’s British design boss, said: “Following the presentation of the Superveloce 800 in Milano, we took on board feedback from both the public and importers and decided to create two colour schemes, both with a gold-finish frame, that accentuate the neo-retro theme, highlight the curvaceous styling and align the models to our brand values.” 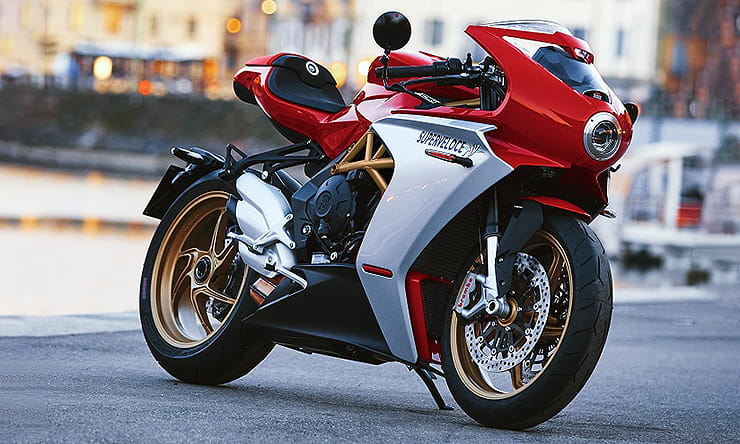