A two-phase anti-speeding operation has rolled into action across the UK this week as the lockdown restrictions are eased in England, and more people venture onto the roads.

Although English riders are still being urged to stay alert, maintain social distancing and avoid tourist hotspots or other areas that could lead to large gatherings, the recent relaxation of lockdown rules means there are more excuses to get out on the roads now than for the last few weeks.

With the dual temptations of relatively quiet roads and good weather, not to mention the pent-up desire to get out and about after weeks at home, it’s no surprise that more people are getting on their bikes. However, with the police turning their attentions to speeders for the next three weeks it’s going to be a vital that riders show responsibility and restraint to both save their licences, and make sure the image of motorcycling isn’t tarnished. 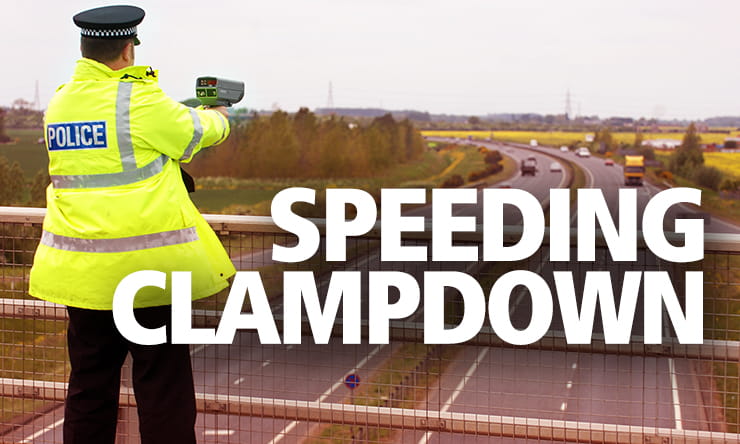 The new ‘Slow Down, Save Lives’ campaign, launched by the National Police Chiefs’ Council (NPCC) rolled into action on 18th May and will have two distinct phases…

For the first week, the focus is on “sharing messages across social media and other platforms encouraging the public to slow down and save lives, in addition to normal speed enforcement activity.”

That will be followed by a more enforcement-oriented second stage, running from 25th May for two weeks, with a focus on speeding and accident black spots.

Perhaps unsurprisingly, motorcyclists have already warranted a specific mention, with Chief Constable Anthony Bangham, Roads Policing Lead for the NPCC, saying: “With the gradual move out of lockdown and with traffic volumes starting to increase, this national operation is an important way of highlighting the dangers of speeding, particularly when so many people have not been out on the roads for quite some time.

“Unsurprisingly, the lockdown saw very quiet roads.  Many forces reported increased speeding in a general sense and some forces reported instances of very excessive speeding.  It is also of particular note that we have seen an increase in pedal cyclists at this time, many of whom may be unfamiliar with busier roads. Pedestrians and runners have also got used to empty roads.

“Put this together with better weather, lighter evenings, motorcyclists itching to ride out across our country roads and you have the concerning combination of factors for a significant increase in people being killed or seriously injured. I am determined for this not to be the case.”

The future of motorcycling is in everyone’s hands

The lockdown has been eased to an extent with an increased number of people being encouraged to go to work and new rules allowing people to travel “irrespective of distance” to reach outdoor open spaces (though still avoiding Scotland, Wales and Northern Ireland). We’re also being allowed to “spend time outdoors” where the previous rules only permitted exercise and vital travel.

However, despite government encouragement to use common sense while interpreting the rules it’s clear that many are already taking liberties with their new-found freedom. For instance the weekend saw Matlock Bath busy with bikes, making inevitably negative headlines in some corners of the press.

It’s a scenario that the Motorcycle Industry Association (MCIA) has already foreseen, and one that leads to concerns over future anti-bike legislation. In an open letter to motorcyclists last month the MCIA pointed out that we all have our part to play in making sure that doesn’t happen, saying: “As riders, we all have a responsibility to motorcycling, if it is to survive without restrictions.  As riders, we are ambassadors for motorcycling and how we ride, what we ride and, at the moment, the fact that we are riding at all, creates a perception about us all. In the eyes of many, PTWs are noisy, anti-social, dangerous and often ridden irresponsibly.  Is your leisure ride reinforcing that view?”

With police focusing on speeding over the next few weeks, in a campaign launched with a specific mention of motorcyclists, that message is more valid now than ever.