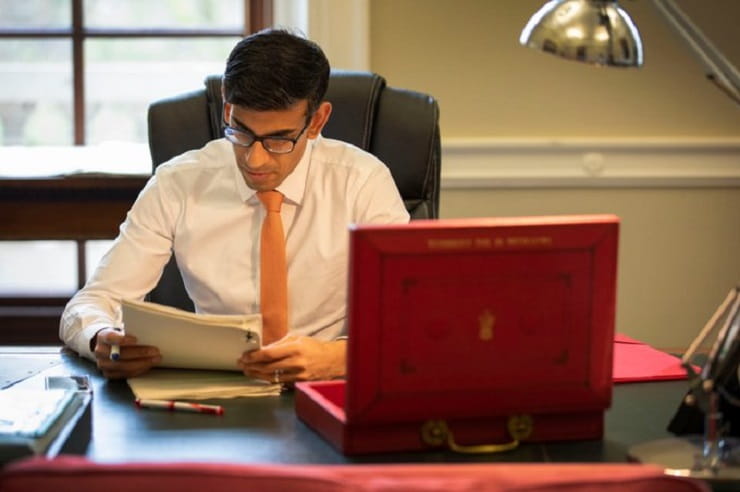 In a budget that would have had politicians screaming about ‘magic money trees’ if it had come from a Labour government, Rishi Sunak has opened the spending floodgates and roads are a big beneficiary.

Perhaps the most significant thing for anyone on two wheels is the announcement of a £2.5 billion initiative to fix potholes and prevent new ones from appearing. The newly-announced ‘Potholes fund’ will see government spending £500 million per year for the next five years specifically on pothole repairs and prevention. Sunak said it’s “enough to fill, by the end of the Parliament, 50 million potholes.”

During 2020-21, a further £1 billion is due to be spend on resurfacing roads, too, bringing total spending on repairs to £1.5 billion over the next 12 months.

Even that is just a drop in the ocean, though, when compared to the £27 billion the Treasury is promising to spend on roads over the next five years, in what it’s calling the ‘largest ever investment in English strategic roads’.

The 2020 Budget says it’s “the largest ever investment in English strategic roads, with over £27 billion between 2020 and 2025, enough funding to fill in around 50 million potholes across the country, and unprecedented investment in urban transport, with £4.2 billion for five-year, integrated transport settlements for eight city regions on top of £1 billion allocated to shovel-ready transport schemes.”

The £27 billion figure is part of the second Road Investment Strategy (RIS2), which includes road-building schemes including the dualling of the A66 Trans-Pennine and upgrading the A46 Newark bypass, and building the Lower Thames Crossing. It will also pay for the building of a new dual carriageway and two-mile tunnel on the A303 in the South West, and look into improving the A1/A19 north of Newcastle and the A1 between Doncaster and Darrington.

While the news of road-building is sure to raise the hackles of environmentalists, there’s good news on that front, too, with the extension of the Plug-In vehicle grant scheme on cars, vans and motorcycles until 2023. Sunak said: "We’re introducing a comprehensive package of tax and spend reforms to make it cheaper to buy zero or low emission cars, vans, motorbikes and taxis."

At the moment, the Plug-In grant pays 20% of the purchase price of bikes with zero CO2 emissions and a range of at least 31 miles, up to a maximum of £1500.

British electric vehicle makers will also be able to benefit from a slice of a new £900 million investment package designed to “ensure UK businesses are leading the way in high-potential technology and sectors, including nuclear fusion, space, electric vehicles, and life sciences.”

Fuel duties have also been frozen for the 10th year running, and allied to the recent price war that’s seen crude oil prices slashed, the result should be a drop in prices at the pump. Originally, a 2p per litre rise was due to be implemented, but Sunak has opted to cancel that measure.

When it comes to VED, we can expect a rise, though, with Sunak announcing that Vehicle Excise Duties for cars, vans and motorcycles will increase in line with RPI from 1st April this year, although HGV VED is to be frozen until 2021.