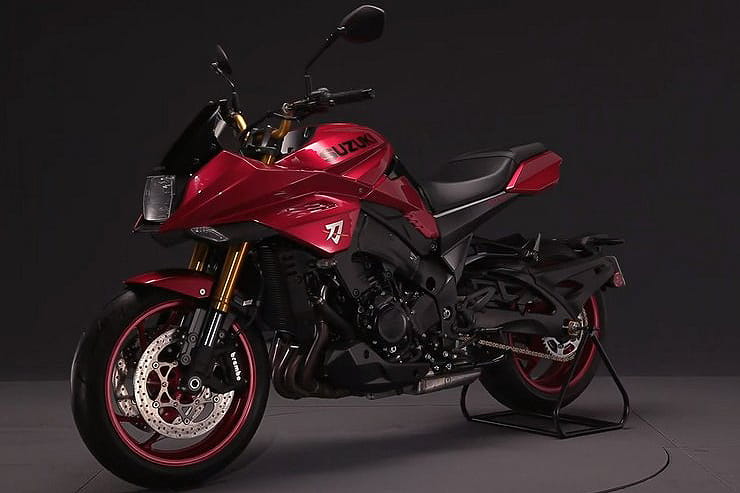 The cancellations of this year’s Tokyo and Osaka motorcycle shows have stolen two of the Japanese bike industry’s favoured platforms for launching new and updated models – so Suzuki has created its own virtual motorcycle show as a stand-in.

The two Japanese shows normally take place on consecutive weekends in March and are a favourite opportunity to show customised bikes and minor model updates. Suzuki’s main presentation for this year’s events was to be a brace of new colour schemes that transform the Katana. While there’s no chance to see them in the metal yet, you can find Suzuki’s virtual show here. They give the bike an interesting new look that moves the Katana away from the pure 80s-tribute look of the silver and black options offered so far.

The first is a candy red, with colour-matched wheels and contrasting gold-coloured bars and forks. For nothing more than a splash of paint it’s remarkable how the addition of some colour transforms the previously monochrome Katana.

The second new scheme is a matt black that separates itself from the existing gloss black option by again using gold bars and forks, this time with gold wheels added as well. The Katana badge is also picked out in gold, while the Suzuki branding on the tank is in gloss black on the matt background. More subtle than the red option, it’s still much more eye-catching than the current all-black offering. The black-and-gold combination and angular bodywork brings 80s TV series Street Hawk to mind, as well as memories of JPS-sponsored Lotus F1 cars.

Although the colours haven’t been confirmed for production yet, Suzuki is conducting online research on their popularity it seems more than likely that something similar to the bikes seen here will be in showrooms in the near future. 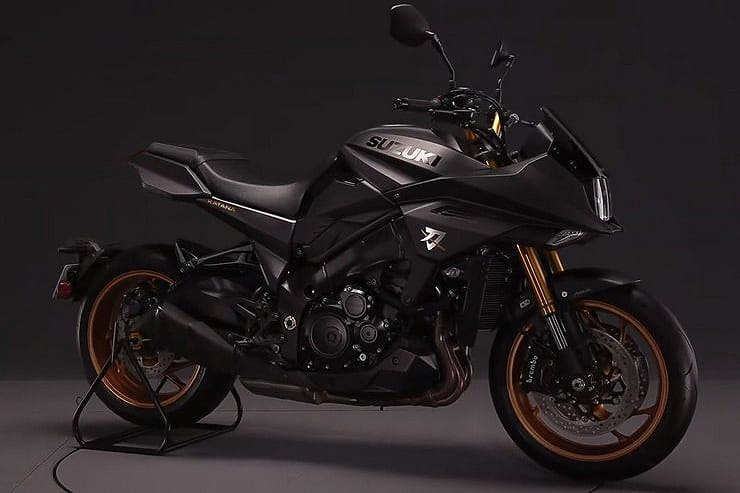