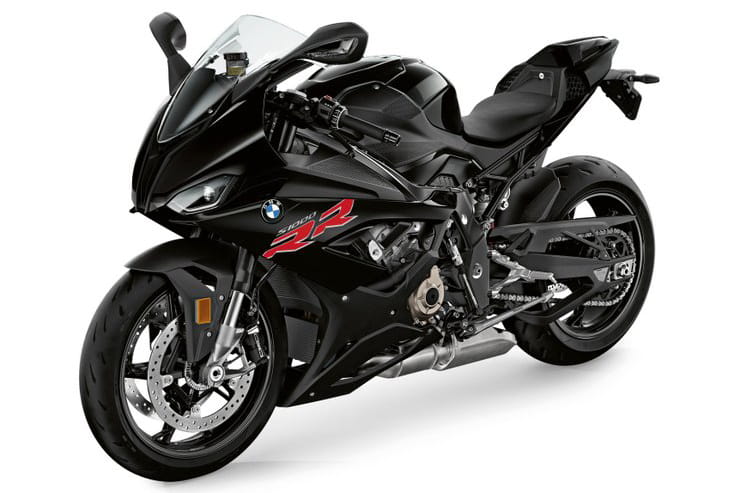 It’s fair to say that 2020 has been a pretty disastrous year – so it’s good to see BMW is already looking to get it over and done with by unveiling the first of its revised 2021 models.

We’re going to have to wait another couple of months to see the firm’s major updates and all new models, including the next-generation S1000R and further additions to the R18 range, but here are the bikes that will carry over to next year with minor updates and new colours. 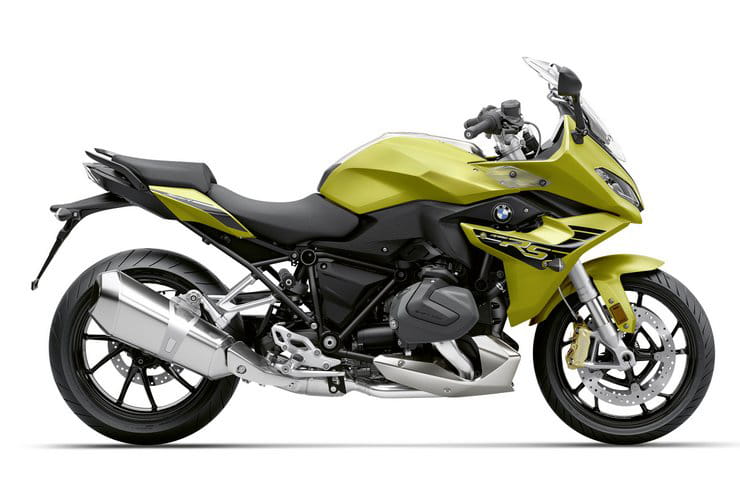 First up we’ve got the R1200RS. To comply with EU rules, the 2021 model is confirmed to be Euro5 certified, although it doesn’t appear that BMW needed to change the modern, ShiftCam boxer engine to achieve the certification.

Visual changes include a new matt black frame for the ‘Austin Yellow’ colour scheme, while the current ‘Option 719 Stardust’ paint is dropped.

Also gone is the ability to disengage the ABS, not that you’re ever likely to have wanted to, while the options list is increased with a selection of new parts and technology.

Extra-cost add-ons for 2021 include a revised ‘Driving Modes Pro’ with engine brake control and a collection of ‘Option 719’ milled bolt-on parts in different finishes. Meanwhile the old ‘HP’ milled parts and Option 719 seat are gone, while a ‘Sports silencer’ option replaces the previous ‘HP’ version. 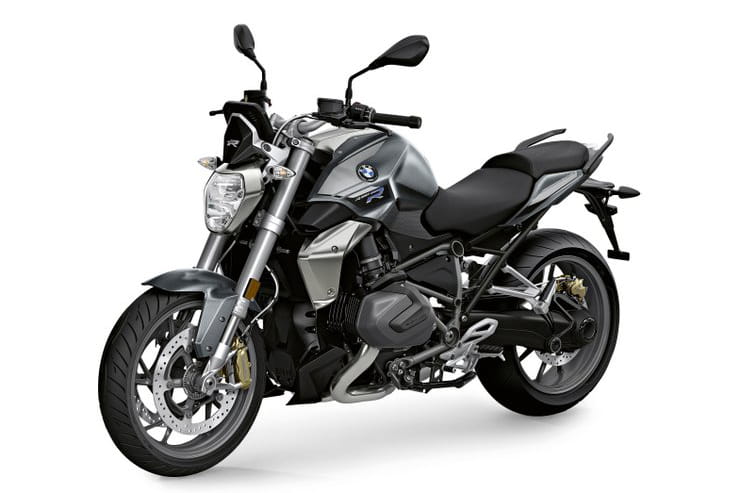 Its sibling, the unfaired R1250R, gets much the same set of changes. Again the switchable ABS is gone and Euro5 compliance comes in, with tweaks to the ‘Option 719’ packages as ‘HP’ milled components are dropped and a variety of other milled and anodised bolt-ons are introduced. 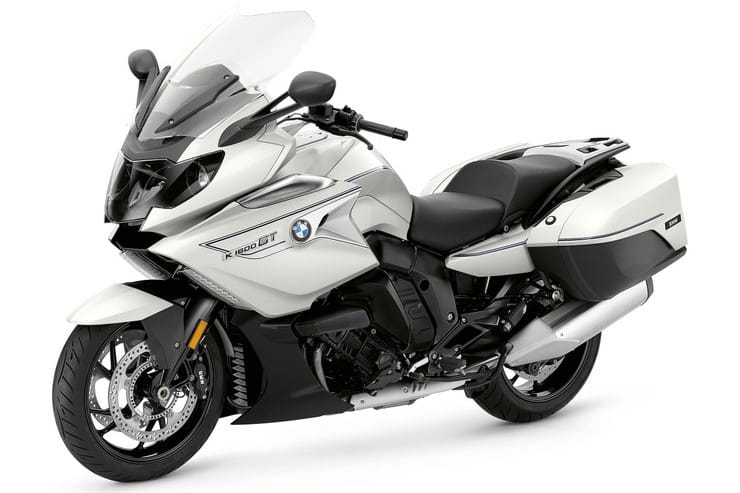 Over at the touring end of BMW’s range, the big news later this year will be the introduction of radar-assisted cruise control but while we’re still waiting for that to be shown BMW has unveiled tweaks to the K1600GT, K1600GTL, K1600B and K1600 Grand America.

The K1600GT gains new ‘Mineral White’ paint while ‘Stardust metallic’ and ‘Blueplanet metallic/Ivory’ are dropped. On the spec front it gets standard reversing assistance and adaptive cornering lights, plus standard tyre pressure monitors and DRLs. New options include engine bars and an expanded touring package including both the engine bars and LED auxiliary lights. 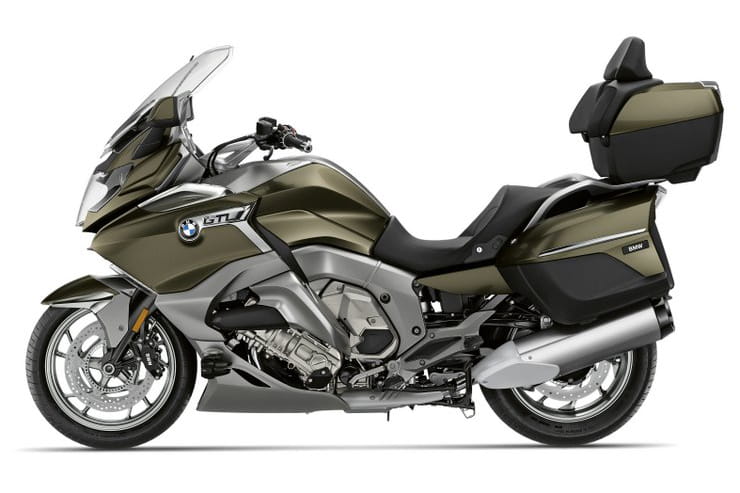 Like the GT, it gets a reversing aid as standard, adaptive cornering lights, tyre pressure monitors and DRLs, plus the option of engine protection bars that are now also included in the comfort package. 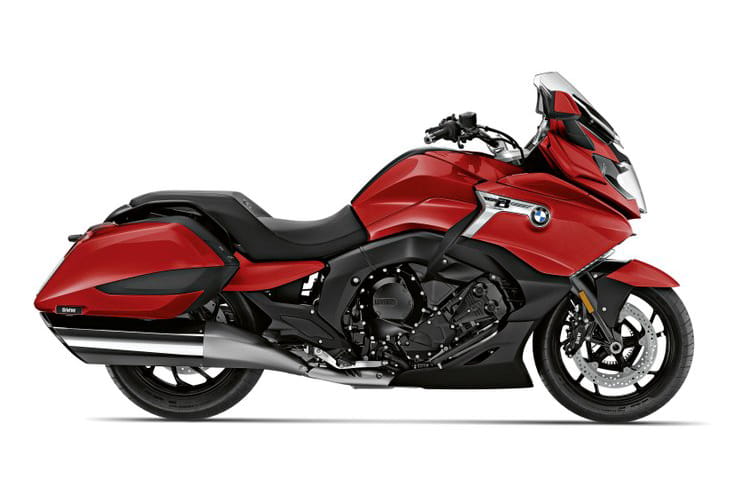 It’s also offered with a tweaked touring pack including the said LED lights and engine bars, along with an audio system and running boards.

The K1600 Grand America’s changes mirror those to the K1600B, including the same new colour options. 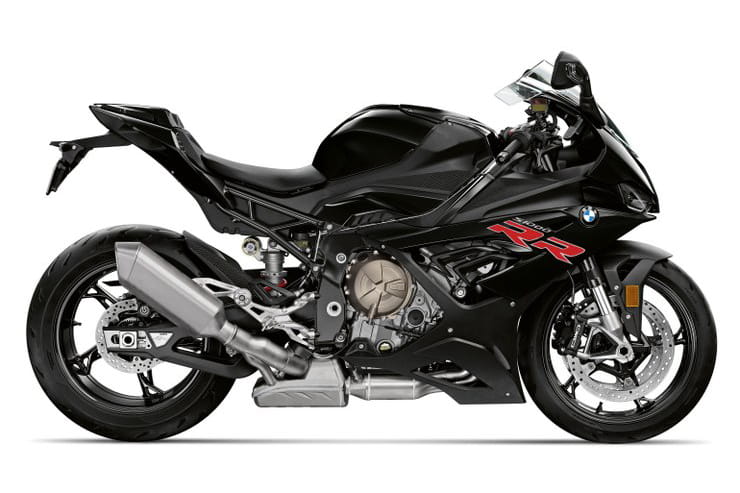 At the sportiest end of BMW’s range, the S1000RR gets two new colours – ‘Black storm metallic’ and ‘Racing Red non-metallic’ – and official Euro5 approval, albeit without changes to the engine.

Sticking to the ‘M’ theme, the options catalogue includes a ‘Sports package’ with ‘M Endurance chain’ and GPS lap trigger. A USB charging port is another new option. 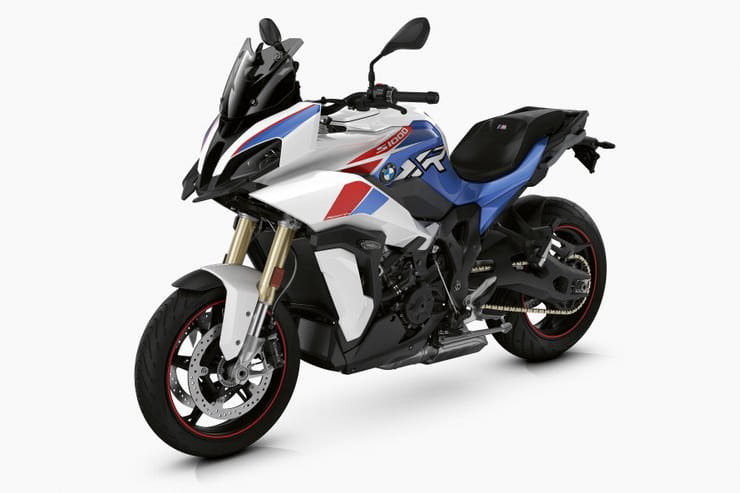 The S1000XR might be a new model for 2020, but it also gets tweaks for 2021 including new white/red/blue colours for the ‘Sport Style’ version, which also gets a titanium sports silencer, M Endurance chain, sport windscreen and lap timer.

The titanium silencer is also added as a standalone option, along with an expanded tour pack including a USB port and a new luggage rack with integrated brackets for either the 30l or 49l top box.

Like the S1000RR it also benefits from new ‘M’ milled parts options including levers, engine protectors and pegs.