More than 100 rogue motorcycle instructors and trainers have been banned from teaching by the Driver and Vehicle Standards Agency (DVSA).

Despite the safety of those new to motorcycle and scooter riding (not to mention other road-users) being vitally important, DVSA investigators found some trainers had sold certificates without conducting any training, while some other certificates were issued on days that the premises were closed.

DVSA enforcement staff carried out unannounced visits and standards checks over the past year that led to 18 Approved Training Bodies (ATBs) being removed from the official register, and 105 riding instructors having their licences revoked. 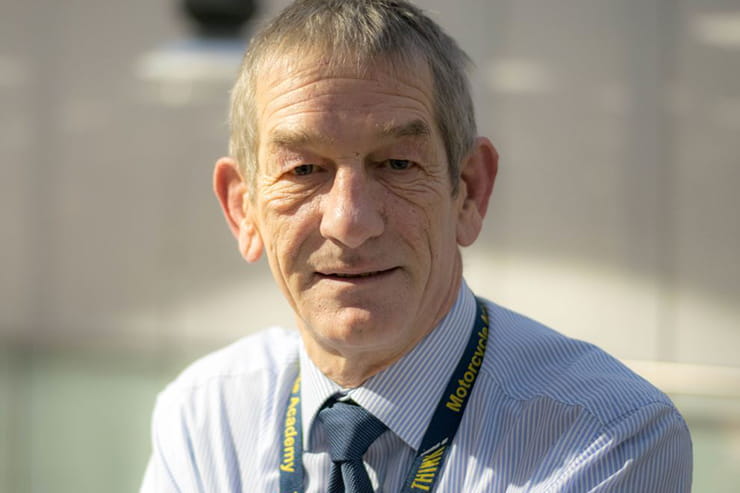 “DVSA’s priority is to help everyone through a lifetime of safe driving,” said DVSA Chief Driving Examiner Mark Winn. “Too many motorcyclists are killed or injured on our roads every year, so it is vital they have the right training to help keep them safe on Britain’s roads.

“We are determined to rid the industry of rogue trainers who are not delivering the correct training or flagrantly breaking the rules, and will take action against anyone we find to be putting lives at risk.”

There are currently 505 ATBs in Britain, all of whom should be teaching motorcyclists the valuable skills they need to ride safely on our roads.

Over 600 standards checks, and more than 160 compliance checks were conducted in 2019 by the DVSA. In addition to other checks, DVSA examiners looked at: 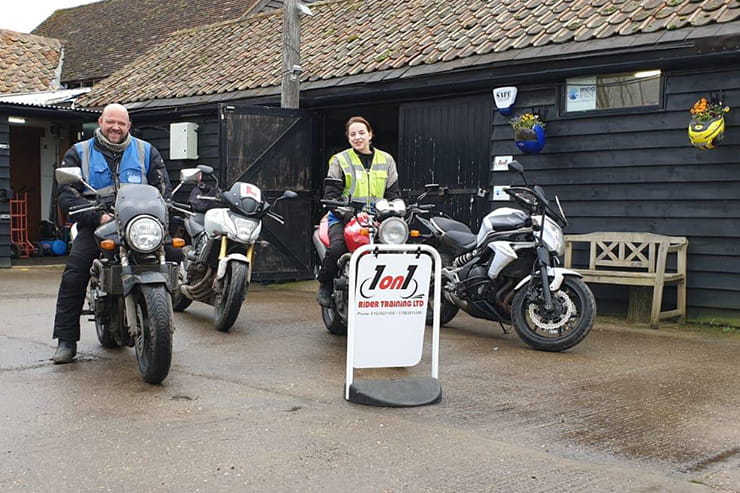 Jon Mansfield, instructor at 1on1 Rider Training – a legitimate and approved training body – with Meg, who's training to join the team

Jon Mansfield is an instructor at 1on1 Rider Training in Bedfordshire; “We train people from all backgrounds, including those who need to ride for a living and fresh enthusiasts who’ll only get a chance to ride every weekend or so. Every new rider has very different abilities, which means it’s incredibly important that they’re given the best possible training in order to be safe on our ever-busier roads.

“For anyone to knowingly put an untrained rider out on the road is, frankly, grossly negligent; they’re putting an awful lot of people’s lives at risk.

“A training school near us was shut down as part of the DVSA’s investigation, so we’ve seen a lot of customers from that region come to us. It’s encouraging that there are so many people wanting to learn to ride, but I can’t stress enough that they must always seek out a trust-worthy instructor. If a business is willing to put lives at risk by issuing certificates without any training, you have to question how much they care about the people they do actually instruct.

“Check the DVSA’s website, but also ask for recommendations from other riders before you book any training.”

You can find an approved CBT course by visiting www.gov.uk/find-motorcycle-training