Honda reinvents the side stand 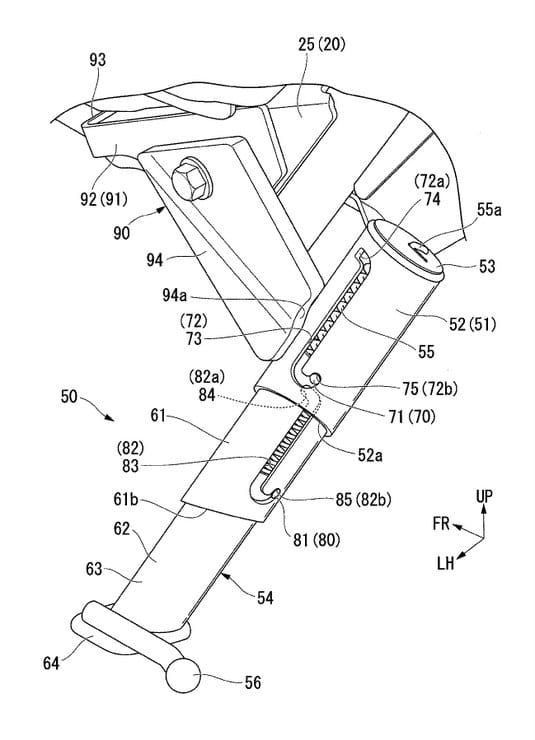 When was the last time you looked at the side stand on your bike and thought “that needs redesigning”?

Thinking about it, the side stand is an element of motorcycling that actually predates motorcycles themselves. The earliest known version, developed for bicycles, was blueprinted in 1869 by Alfred Berruyer, although it was mounted on the forks. The familiar design fitted to virtually every motorbike is descended from Eldon C Henderson’s 1926 patent. One thing they all have in common is that they’re pivoted at one end and angled so that they’re tucked neatly out of the way when raised but swing down and out to prove a built-in leaning post when extended.

The fact that they’ve barely changed over the years, and most of us have probably never even thought about whether they could be improved, suggests that there’s not a lot wrong with the design – but that hasn’t stopped Honda from coming up with an alternative arrangement. 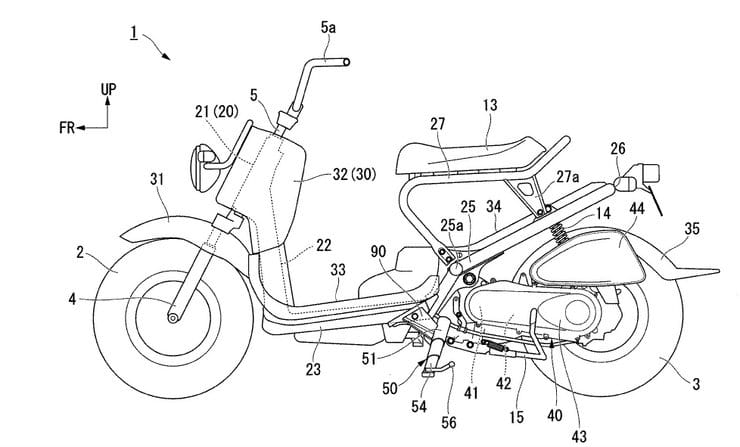 The new Honda design, revealed in a Japanese patent application, does away with the normal pivoting system. Instead, the idea is to have a telescopic stand that extends in three pieces from a tube that’s firmly mounted on the side of the bike.

As on conventional stands, there’s a peg on the side to put your foot on, but it pushes straight down rather than swinging forwards. A catch system means that the stand’s telescoping elements rotate slightly backwards while you push down, latching the three sections so they don’t retract again.

Retracting the stand is achieve by lifting the bike’s weight off it and pushing the peg down again and slightly forward to undo the latches, and a single spring – mounted under tension inside the stand – pulls it back up again. 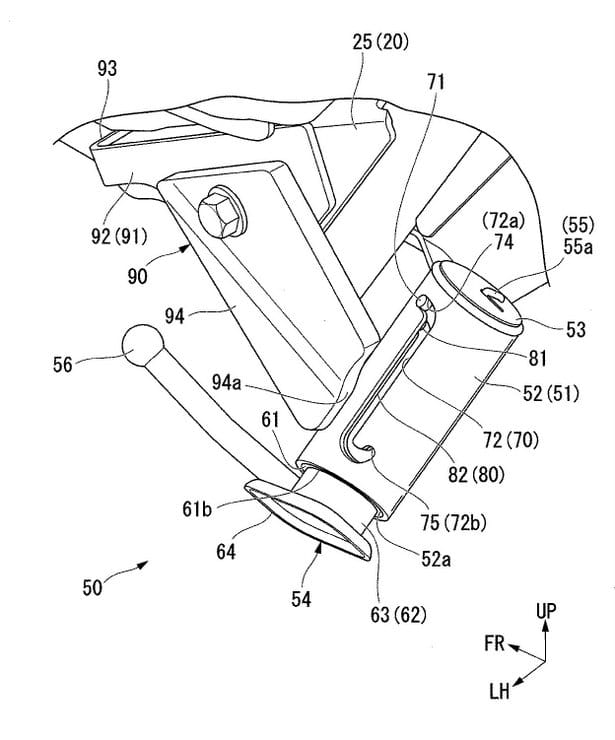 It’s hard to pinpoint advantages of the new idea compared to the flip-out stands that we’re used to. It doesn’t tuck as neatly out of the way, as the base of the telescopic part is fixed in an outward-pointing position. It also doesn’t address problems like the small contact point of a side stand that can lead to it sinking into soft ground.

As such, it looks like this is a situation where Honda is patenting the idea simply to prevent others from using it, rather than because it’s something it’s intending to implement itself. But regardless whether the design ever sees the light of day it’s fascinating that Honda is expending research and development resources on components as simple and ubiquitous as the side stand. 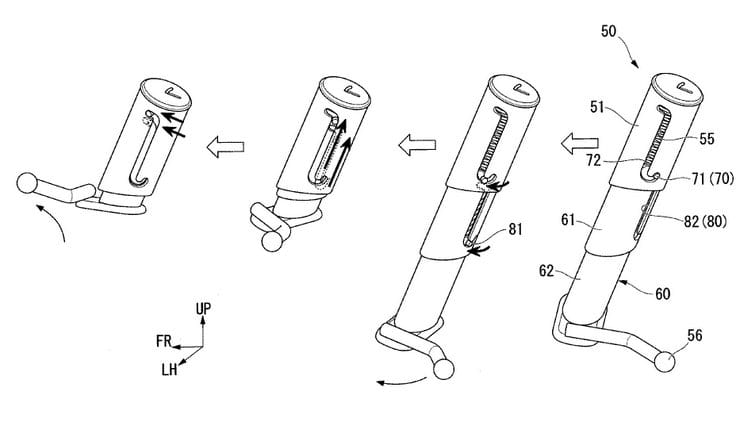