Benelli TRK502 updates in the pipeline 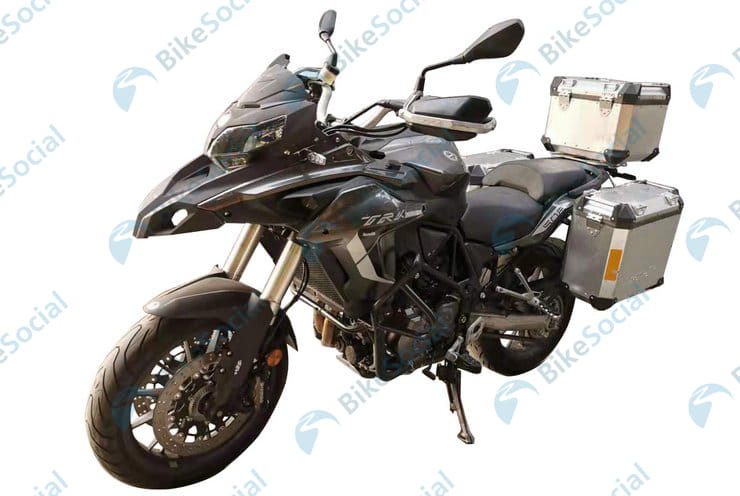 After years in the wilderness Benelli is having something of a renaissance at the moment with an increasingly convincing range and fast-growing sales. Now it looks like the firm’s best-seller – the TRK502 – is set for updates including a brand new swingarm.

Images leaked in China, where the bike is built, show a selection of TRK502s fitted with a new aluminium swingarm, replacing the current version’s tubular steel design. It’s a move that makes a lot of sense given the bike’s increasing popularity and Benelli’s fast-improving sales performance.

In Italy, the TRK502 ended 2019 as the country’s third best-selling motorcycle, beaten only by BMW’s perennial chart-topper, the R1250GS, and Honda’s Africa Twin. Overall, 3066 TRK502’s found buyers in Italy in 2019 compared to 3819 Africa Twins and 4069 R1250GSes. That’s a remarkable performance for a firm that until recently was seen as nothing more than a niche player in the market.

What’s more, Benelli’s overall production has now outstripped Ducati and is closing in on Triumph, with more than 63,000 bikes made last year. UK sales for Benelli are lagging far behind their Italian equivalents, though, with only around a thousand of the firm’s bikes finding buyers last year.

The move to a cast aluminium swingarm is a logical one for a strong-selling bike like the TRK502. As well as offering weight and rigidity advantages over steel, the design is likely to be easier to mass-produce than the current steel tube design, which is welded together from several tubes.

Other tweaks in the leaked pictures include new hand guards with a bright metal section across the front, and the brakes appear to be genuine Brembo calipers rather than the Benelli-branded ones seen on the current TRK502.