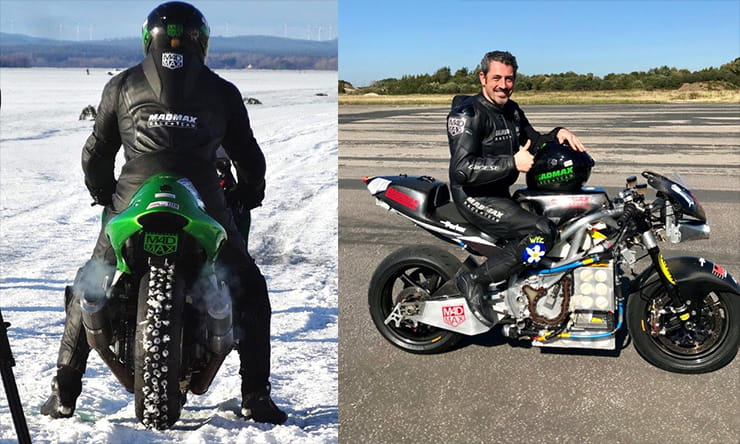 These speed records are particularly poignant to Eisenberg, as it was the same bike that his MADMAX Team rider, Daley Mathison rode to his last three podium wins at the IOM TT before being tragically killed in the Superbike TT race, the day before the Zero TT race. Eisenberg promised his family and wife to take the bikes to world record glory to honour the racer and has dedicated them to him.

The self-proclaimed ‘Speed Freak’ now holds more than 58 British, World, ACU, FIM and Guinness speed records and has his hopes pinned on his most dangerous challenge yet…  the fastest motorbike on ice!

On the weekend of 28–29 February 2020 Eisenberg and the MADMAX Race Team return to Arsunda in Sweden for the famous Ice Speed Weekend. The annual two-day event sees the best and most experienced ice racers from around the world descend on Arsunda, the fifth largest lake in Sweden, with the very best seeking 200mph + on its 5mile frozen specially groomed frozen lake. The current World Motorcycle Ice Record is 197.5mph (315kmh).

In 2019 Eisenberg made his debut at the event with the team’s 400hp supercharged Suzuki Hayabusa dubbed ‘the Green Monster’.  Zef came 2nd in the motorbike event, not helped by four tyre failures and the last one exploding at 176mph!

At the time he said it was the craziest, maddest race event that he’d ever participated in but vowed to return armed with more knowledge and stronger tyres!

Eisenberg said “Since our attempt last year the Hayabusa has been adapted for the extreme ice-strip challenge with a new engine, upgraded electrics and we’ve focussed a lot of time and effort strengthening the tyres. We know it’s the biggest issue for all of the racers and hope that our new reinforced tyres can now withstand the extreme centrifugal forces of 200 Titanium spikes trying to rip themselves from the tyre.

He explains “Each of the tyres feature 200 hand cut titanium spikes weighing 8gms each, but the centrifugal force means that at 200mph they become the equivalent of 12 kgs each. And with 200 studs per tyre, that becomes 2.2 tonnes trying to rip the tyre apart, with forces as high as 1430 g. The maths are scary!”

Last year, racing came to a halt for the MADMAX Race Team when the tyre ripped apart at 283kmh/176mph. The steel banding around the front tyre snapped and sliced the radiator open, causing the engine to rapidly over heat and cause coolant to spray everywhere, followed by the rear tyre exploding and ripping the tail of the bike off.

Tyres and ice aren’t the only challenges the team will have to contend with – there’s the temperature too, as cold as -20 and a wind-chill factor making it feel like -30c!

Eisenberg races under the ‘MADMAX Race Team’, which is renowned for developing and racing the world’s most extreme machines using the best engineers in the industry. 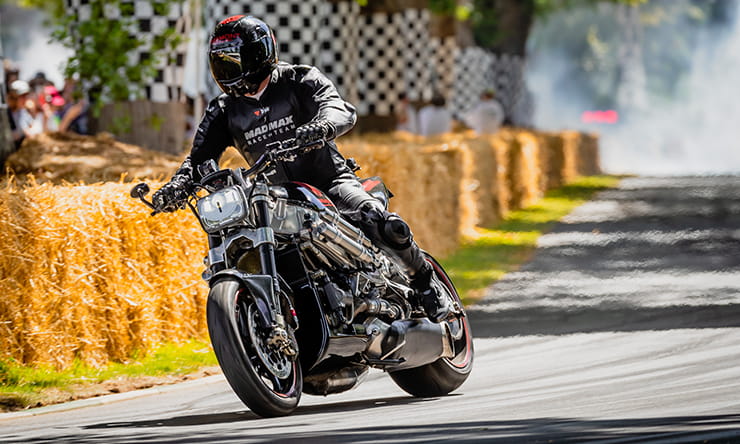 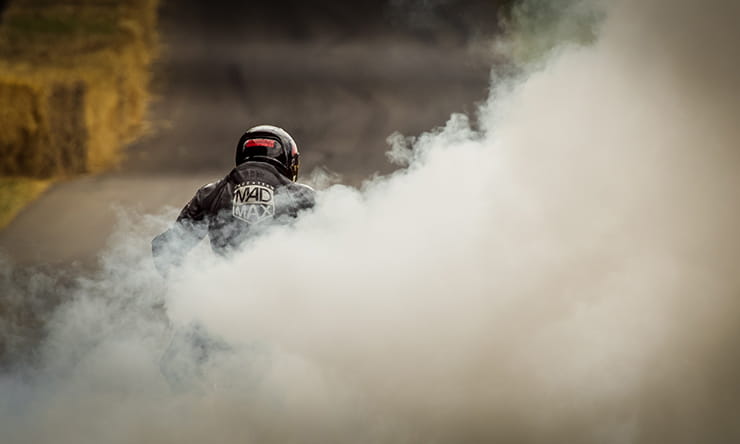 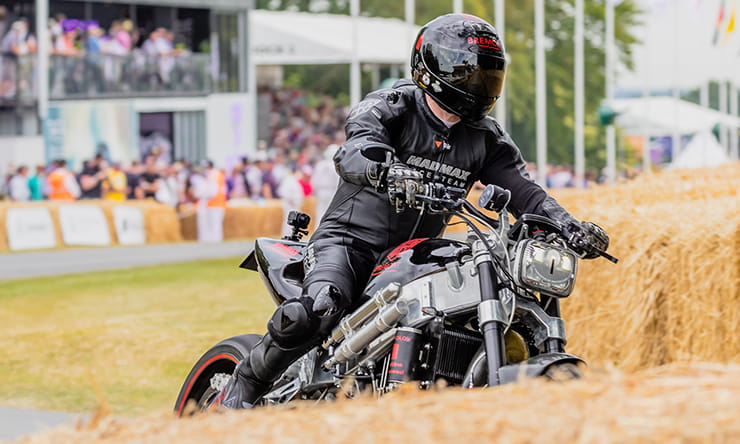 About Zef Eisenberg and the MADMAX Race Team

In September 2016, Zef ‘MAX’ Eisenberg, survived ‘Britain’s fastest-ever motorcycle crash’ at 230mph, on a 560bhp Rolls-Royce jet turbine-powered motorcycle. He broke 11 bones, was hospitalised for three months, spent a further three months in a wheelchair and had to learn to walk again. He defied doctors by racing exactly one year after the accident on the anniversary of the crash.

In May 2018, he achieved the world’s fastest motorbike record on sand and was challenged to repeat this success on four wheels. In May last year, in a highly modified Porsche, he became the world’s only person to exceed 200mph on sand with a bike and car, as well as hold the flying mile record for both and the only racer to hold world records for bike and car other than John Surtees.