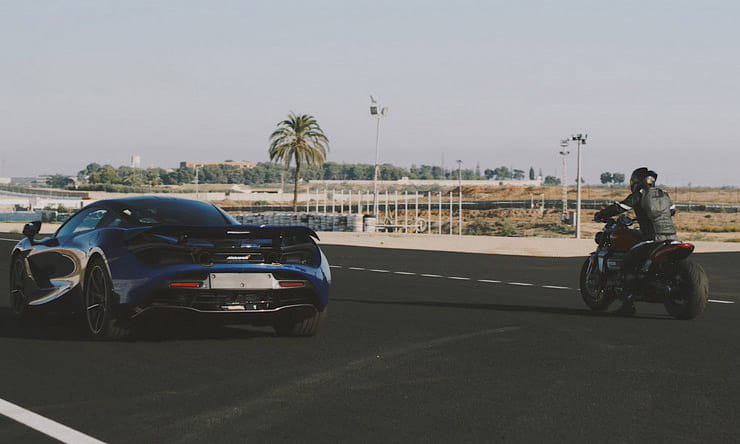 While 0-60mph acceleration has been a yardstick among car fans for decades it’s never been a metric that the motorcycle industry has embraced. Now Triumph seems to be changing that, revealing that the new Rocket 3 hits the 60mph mark faster than any previous showroom-spec bike that it’s made.

Running at Cartagena in Spain last October, a pre-production Rocket 3 lived up to its name by hitting 60 in a mere 2.73 seconds. Given the lack of comparative figures from rival bike firms it’s hard to see where that puts the Rocket in the overall charts, but it’s a time that puts it on a par with the latest multi-million pound supercars.

The bike’s rider, who hasn’t been named, said in a statement: “It was great to experience this truly incredible acceleration. It’s hard to describe just what this motorcycle is capable of. The Rocket 3 R was well prepared and I felt very confident – even in this racetrack set-up. As early as the first attempt we made, I felt that the acceleration was so strong and that we would be successful. The Rocket 3 R ran perfectly and the track and weather conditions were ideal. The whole team did a fantastic job.”

To suit the track rules, the bike’s mirrors and licence plate bracket were removed, but other than that it was in standard spec so showroom examples should be able to match the acceleration figure.

Paul Stroud, Triumph’s Chief Commercial Officer, said: “Triumph has once again demonstrated truly outstanding capability. With the new Triumph acceleration record achieved by the Rocket 3 R, we again enter uncharted territory because never before has a Triumph motorcycle reached such an incredible acceleration. Our goal was to showcase the exceptional performance of the Rocket’s unique, all-new 2,500cc triple powerplant. We have now achieved this, making the entire team incredibly proud. With the Rocket 3 line-up, we have consistently shown that we can build the highest capacity production motorcycles, capable of offering incredible performance and capability in return.”

With significantly less mass than the previous-generation Rocket 3, a long wheelbase and a stomping 163lbft of torque, the bike is clearly well placed to have world-bearing off-the-line acceleration. The team also gave credit to tyre maker Avon, which provided the standard rubber used for the run. Chief Engineer Stuart Wood said: “Their expertise fed directly into the project. The record would not have been possible without our partners, Avon has been our tyre partner for the Rocket 3 project and ensured the necessary grip and stability. The Avon Cobra Chrome tyres already used on the Rocket 3 line-up were developed especially for this model and offer exceptional grip and incredible durability.” 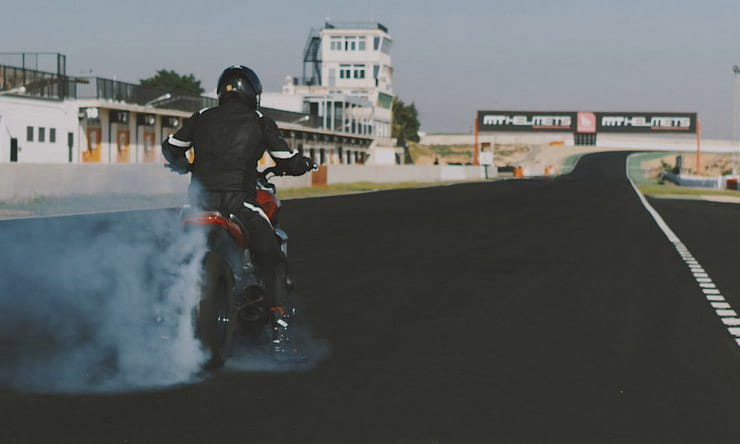