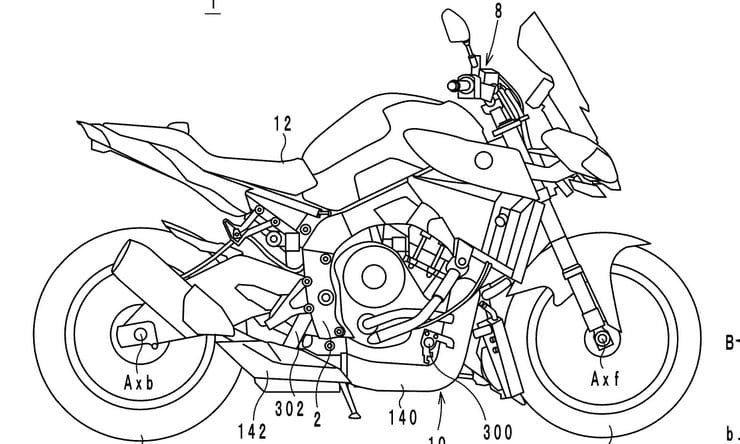 Yamaha recently confirmed that it’s been developing a turbocharged three-cylinder prototype as it experiments with ways to beat future emissions limits and now a flood of new patent applications have emerged showing more details of the bike.

The prototype has been under test this year and proved able to make 180hp at 8500rpm and a whopping 130lbft of torque all the way from 3000rpm to 7000rpm, all while kicking out 30% lower emissions than a similarly-powerful normally-aspirated bike engine. The engine is initially fitted to an MT-10-style naked bike. 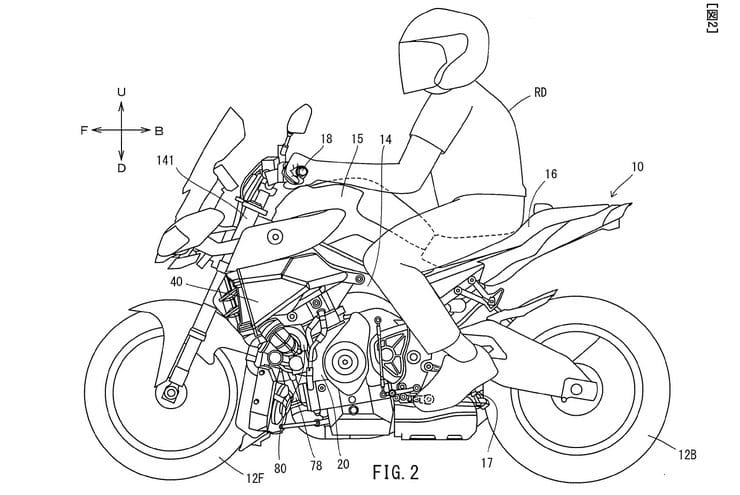 While it would be possible to get similar peak power from an engine that size without a turbo, you’d need very high revs to achieve it, and you’d never get as much torque. High revs have already been identified as a stumbling block for Euro 5 emissions limits, and under future Euro 6 restrictions it will be even more difficult to make screaming engines legal. The issue is that in order to get exhaust out and a fresh charge into each cylinder at very high revs, you need lots of valve overlap – where the intake valves open before the exhaust valves close. At low revs, though, that valve overlap causes emissions woes, as it gives time for unburnt fuel to get straight into the exhaust.

Potential solutions include variable valve timing and direct injection, but turbos or superchargers also provide a well-established route to power without relying on the problematic high revs and associated valve overlap. 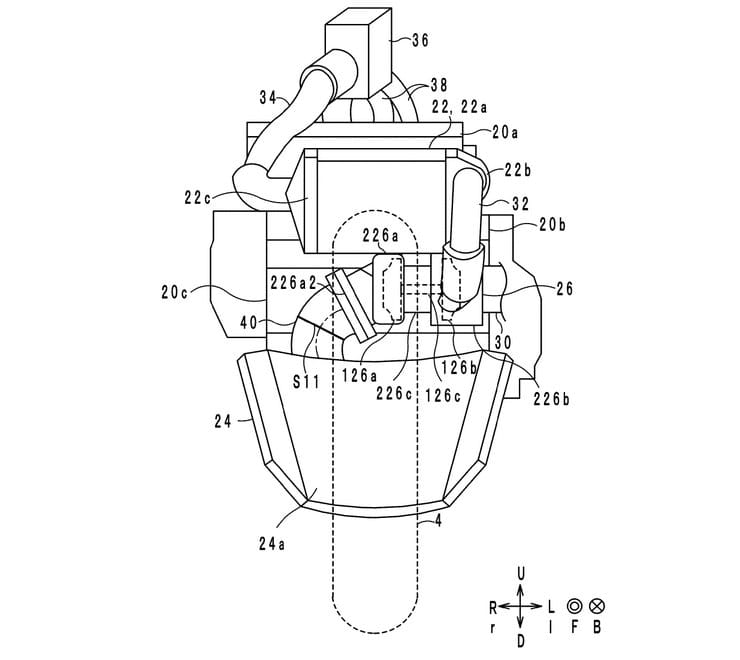 On a bike, packaging a turbo and the intercooler needed to bring the intake air temperature down is a problem. There isn’t a lot of space, and fitting in extra parts is always a headache for engineers. Unsurprisingly, this is the focus of some of Yamaha’s latest turbo bike patents.

One of the solutions Yamaha has found, and subjected to a patent application, explains the oddly positioned radiator and cooling fans seen on its prototype. The rad is mounted very low down in front of the engine, leaving space for the turbocharger to sit above it and the intercooler to be higher still, roughly where you’d normally expect to find a radiator.

Yamaha’s patent explains that the low-mounted radiator needs to be heavily sculpted to fit around the back of the front wheel, curving forwards at the edges to make space for the fans behind it and to stop it from being too wide.

The firm has also created a very compact intake manifold (below), with a single electronic throttle governing the high-pressure air entering the engine. 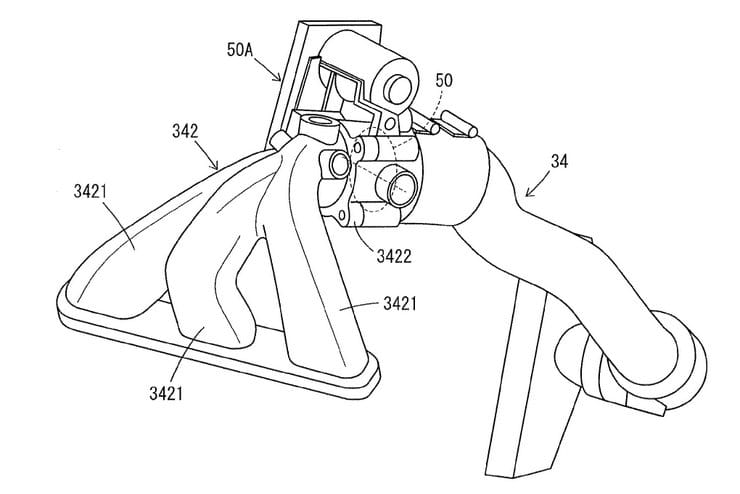 Another element that Yamaha has filed a patent about is the turbo bike’s exhaust, which is understandably very different to a normal system.

Putting the turbo right in front of the cylinder bank means the 3-1 header pipes are very short, converging almost as soon as they leave the cylinder head in order to feed into the turbo. Once the energy of the still-expanding exhaust gasses has been used to spin the turbo, they exit the turbocharger into a single pipe that’s conspicuously wide. Yamaha’s patent explains that this wide section of exhaust contains multiple catalytic converters – one directly after the turbo and another in the horizontal section of exhaust under the engine. Finally there’s a silencer underneath the swingarm pivot, leading to a stubby exhaust exit on the right hand side. Impressively, the exhaust is actually more compact than we’d expect to see on a non-turbo bike – largely because there’s no need for tuned-length header pipes to optimise exhaust flow and scavenging. 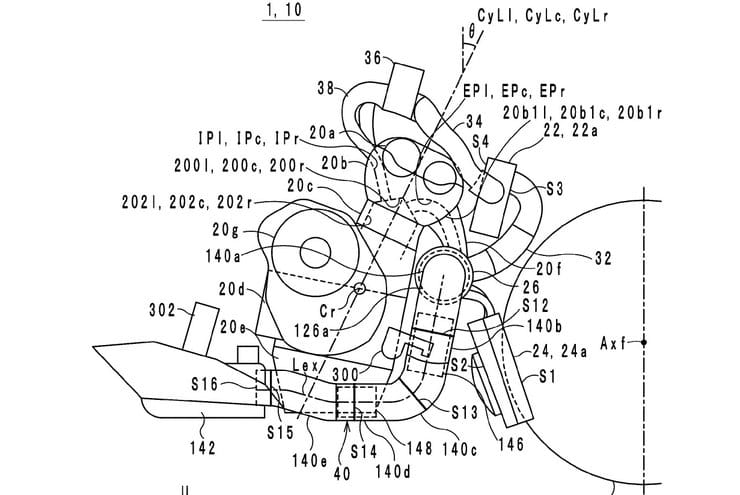 While Yamaha’s development work has resulted in a very complete machine, right down to its own unique styling, it’s yet to be confirmed whether the project will result in a production model.

Yamaha’s previous projects along these lines have included tempting ideas like a superbike-fast leaning three-wheeler and a two-wheel-drive version of the YZF-R1, but despite impressive test results from both of those machines, neither became a showroom model.

A turbocharged Yamaha bike of some sort seems to be a very likely prospect for the future, as all the major Japanese manufacturers are working on boosted machines at the moment. The big question is whether such bikes will be able to be developed to their maximum potential before the ever-greater pressure for zero-emissions transport turns all focus onto electric models in the years to come.