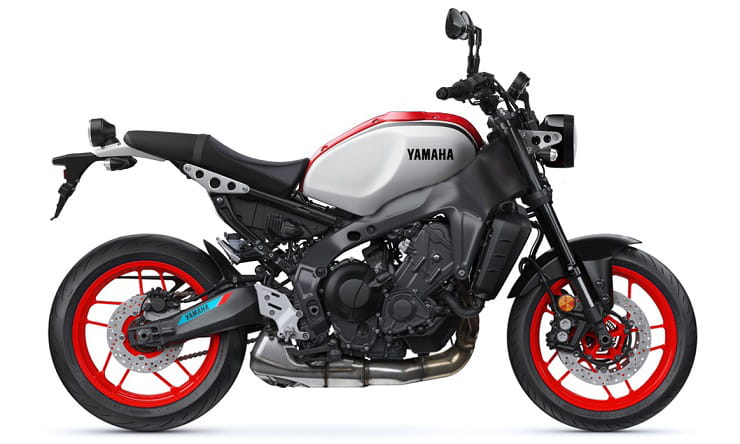 We might have seen most of Yamaha’s new 2021 models already but there are a handful of machines that have yet to receive the updates they’re due for the new year – and among them is the XSR900.

The fact that a new XSR900 is on the way shouldn’t come as a surprise. After all, the existing model is basically an MT-09 triple clad in 1970s-inspired bodywork, and with the MT-09 getting a complete overhaul it’s inevitable that the same updates will be handed down to the XSR900.

As a reminder, the 2021 MT-09 gains a new Deltabox aluminium beam frame for 2021, plus a longer-stroke, 889cc triple to replace the old 847cc unit. The same engine will be going into the XSR900, and it’s also likely that the retro model will inherit the MT-09’s new chassis, offering improved rigidity and less weight than the old design. The MT-09’s new swingarm and cast alloy seat subframe are also likely to be carried over to the XSR900.

The 2021 MT-09 is 4kg lighter than its predecessor, so something similar is likely to apply to the XSR, bringing the weight down to around 191kg including a tank of fuel. Power will also inevitably rise to the same 117.4hp (119PS) as the MT-09, up from 113.4hp (115PS), and the MT-09’s up/down quickshifter is also likely to carry across to the retro model.

At the moment it’s not clear when Yamaha will unveil the next-gen XSR900, but the current model is one of the firm’s few machines not to conform to Euro 5 emissions rules. After 1st January 2021, it will still be possible for the old Euro 4-spec machines to be sold as brand new bikes under ‘derogation’ rules, which allow limited number of non-conforming models to be sold for up to 2 years after the introduction of the latest Euro 5 regulations, but Yamaha isn’t expected to wait that long before launching the next-gen XSR900.