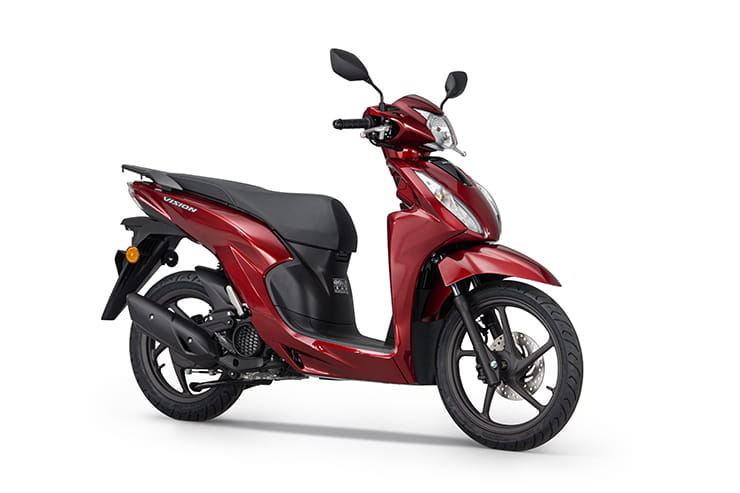 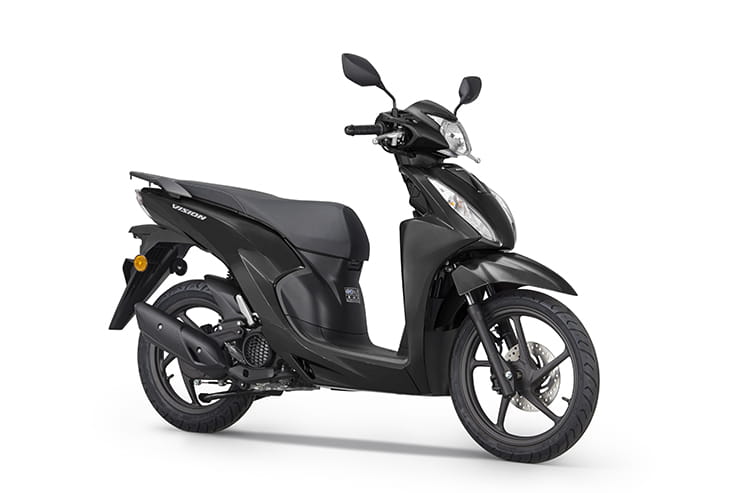 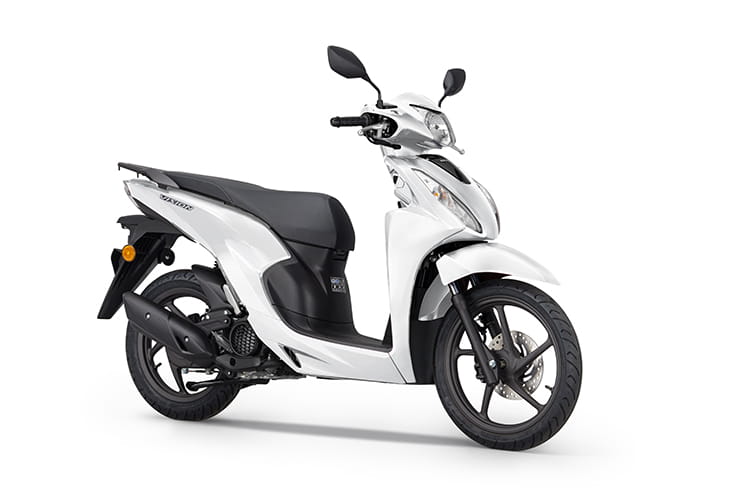 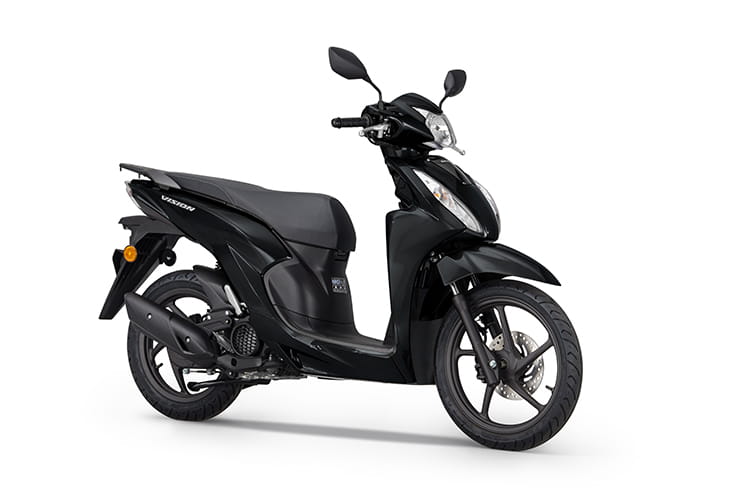 More than 23,000 Honda Vision 110s have found UK buyers since the bike’s launch in late 2011 so the launch of a new version is more significant than the bike’s modest appearance might suggest.

As with so many other new 2021 models, the advent of Euro 5 emissions rules is driving Honda’s updates, but far from merely tweaking the bike the firm has opted for a complete revamp including a new chassis and engine. 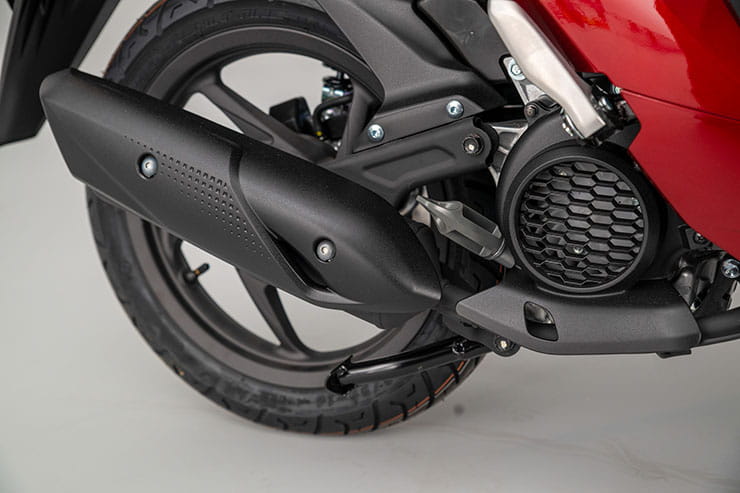 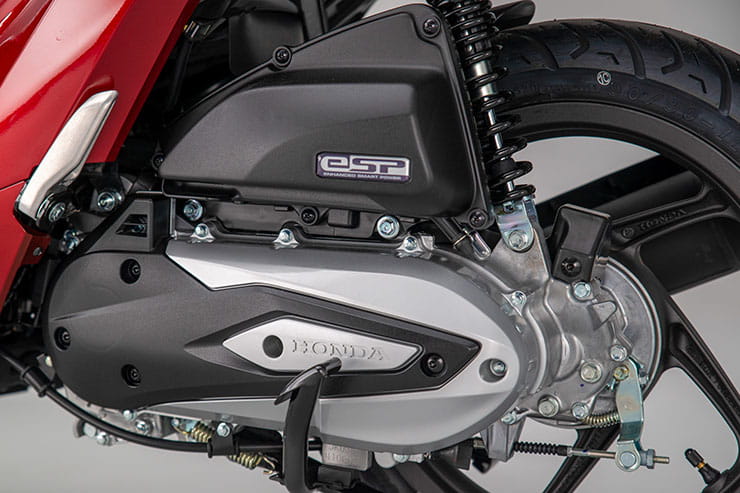 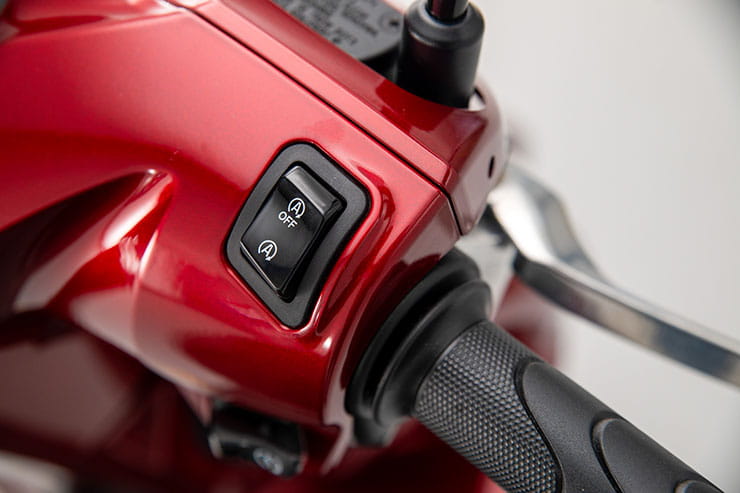 Starting with the engine, Honda’s stuck with simplicity so it remains an air-cooled, SOHC single, but a longer 63.1mm stroke and narrower 47mm bore replace the old bike’s 55mm and 50mm measurements, increasing capacity from 108cc to 109.5cc. The compression ratio rises from 9.5:1 to 10:1, and power and torque are virtually unchanged. Peak power is now 8.6hp at 7500rpm instead of 8.7hp – an insignificant move – and torque is 5.9lbft, peaking at 5750rpm.

As before, the engine has an idle-stop system allowing it to cut out when the bike is stationary, boosting economy to an astounding 155mpg, up from 147mpg before. The fuel tank is smaller at 4.9l, down from 5.2l, but range remains about the same at around 160 miles between fill-ups. 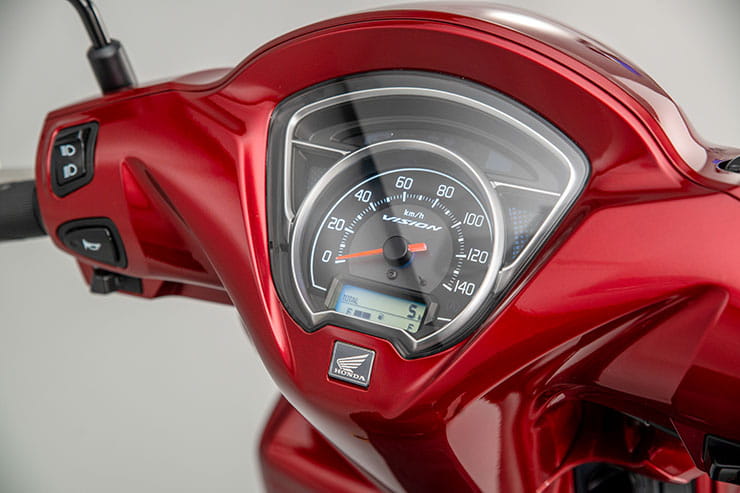 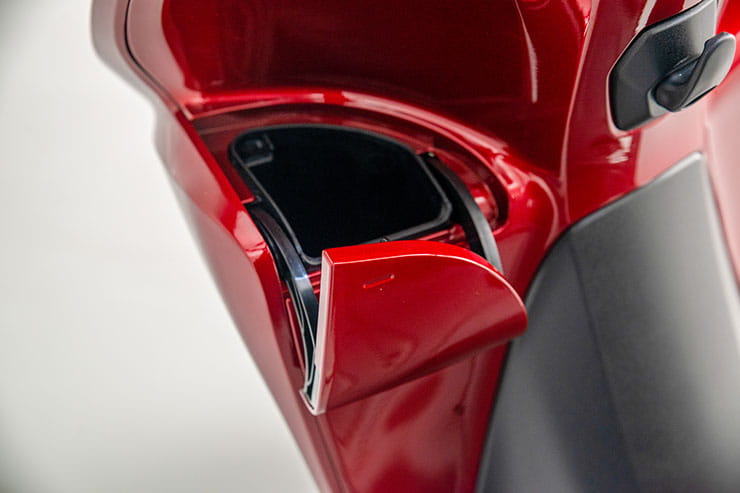 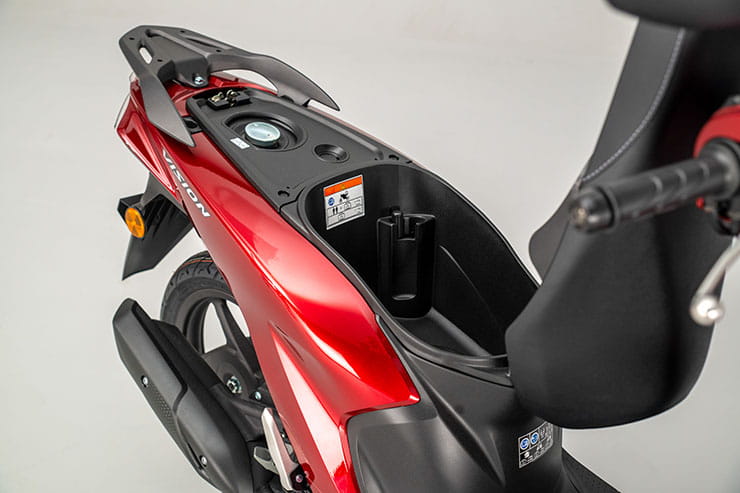 As usual with scooters, the frame can’t be seen but Honda assures us that the new model has a completely different design.

The old tubular steel underbone is replaced with a pressed steel design, helping to slice 2kg from the bike’s weight – bringing it down to a neat 100kg ready-to-ride. The wheelbase is fractionally shorter and the seat height rises from 770mm to 785mm. There’s no ABS, but Honda’s combined braking system is used on the disc front, drum rear brake setup.

In terms of appearance, Honda is retaining a familiar look but tweaks it for a more up-to-date style. At 17.7 litres, the under-seat space is fractionally smaller than the old model’s 18l.

Tech-wise, there isn’t much to shout about, but Honda has added its keyless ‘Smart Key’ system for the ignition and seat lock, as well as a new LCD and analogue combined instrument display.