New documents filed with Chinese authorities reveal pictures and details of the upcoming QJMotor SRG750 – a bike that will share much of its design with next year’s Euro-centric Benelli TRK800.

As production nears, Qianjiang – parent company to both Benelli and QJMotor – has filed details of the new adventure bike with the Chinese government, revealing that it will be available in several different forms.

The actual model range for the SRG750 (or possibly ‘SRB’750 – as both titles have been used) is slightly baffling. As you might expect from an adventure bike, there are two distinct styles – a road-oriented model with 17in alloys (120/70 ZR17 front and 180/55 ZR17 rear) and an off-road version with larger-diameter, narrower wire wheels (110/80 R19 front and 150/70 R17 rear). But there are also two specs of suspension and brakes, as well as the option of hard cases, to make for at least eight varieties altogether. 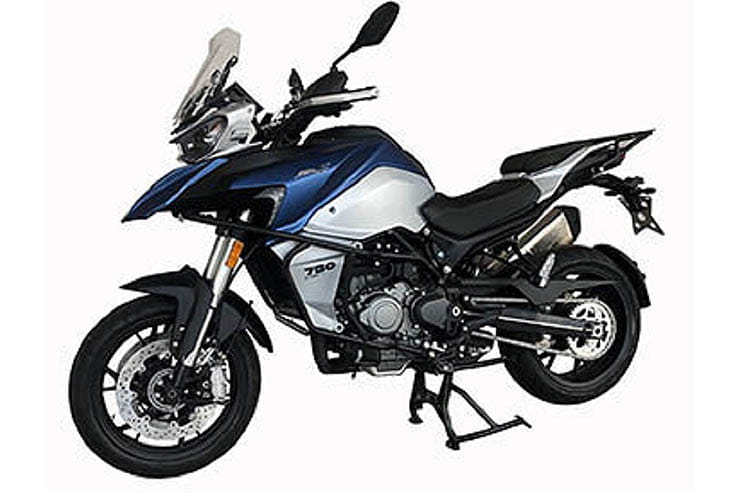 The really confusing part is the swingarm, as the images filed with the official paperwork show two different designs – one made of cast aluminium, the other of tubular steel.

First we see the road-oriented, high-spec version of the bike (above). It get Brembo brakes and the cast aluminium swingarm. In comparison, the high-end off-road version (below) also features Brembos but uses a steel tubular swingarm. 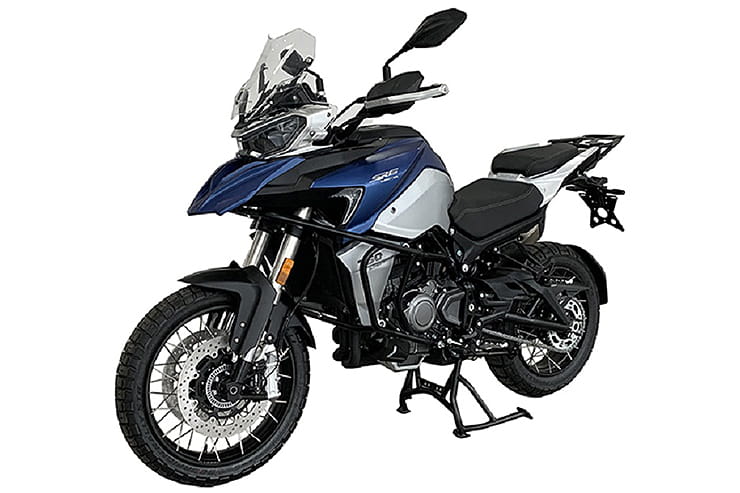 That could make sense – perhaps the tubular design is better-suited to off-road use, or features geometry to match the 19-in front wheel of the off-road version. But then things get more complicated… 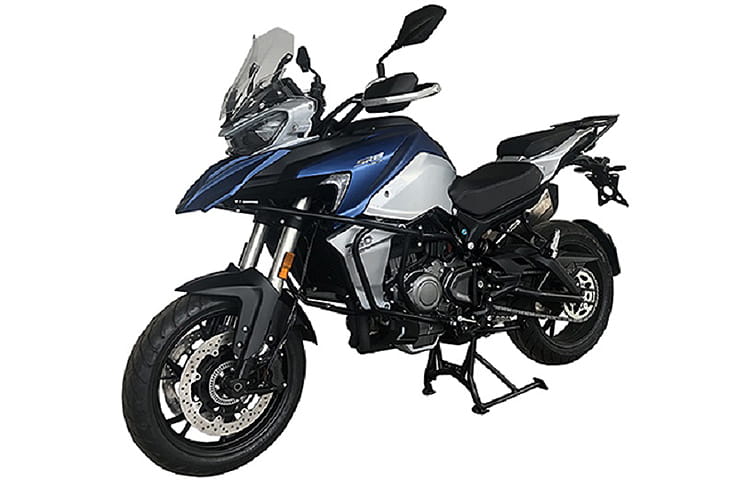 Moving to the lower-spec versions of the bike, the Brembo brakes are gone, replaced with smaller, no-name calipers but retaining the radial mount design.

On the road-spec, 17in wheeled version of the bike (above), these cheaper calipers are allied to the steel tubular swingarm rather than the alloy version seen on the higher-end road version. So suddenly it looks like the swingarm material choice is cost-based rather than dictated by purpose?

That might make sense, if it wasn’t for the fact that the the low-end off-road version of the bike (below) combines the smaller brakes with the cast aluminum arm. Confused yet?

There seems to be little rhyme or reason to the combinations, unless the reality is that customers will be able to freely mix-and-match the components. 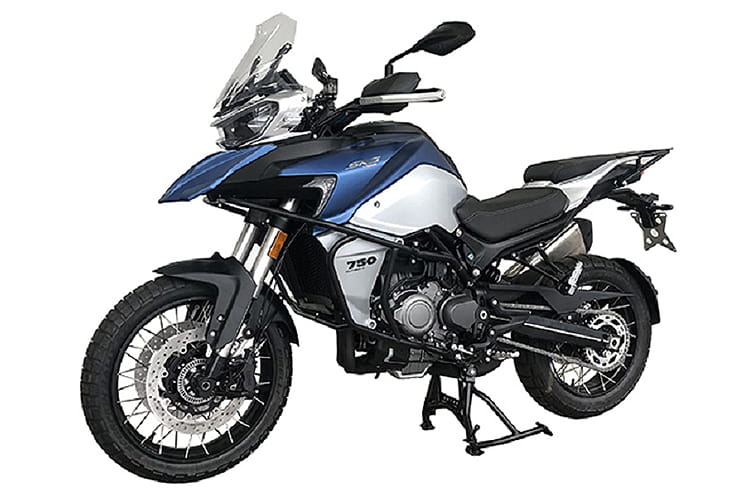 On top of those combinations, all four versions are also shown fitted with aluminium panniers and a matching top case, as befits any self-respecting adventure bike, making for eight models in total.

In terms of specs, the documents show that regardless of which model is chosen you get the same 80hp, 754cc parallel twin engine – shared with the Benelli Leoncino 800 and the Benelli 752S – along with Bosch 9.1MB ABS.

Without the luggage, the bike is listed as having a curb weight, ready-to-ride, of 236kg. The luggage, even empty, takes that up to 256kg.

Top speed is listed as 124mph (200km/h), which sounds about right. While the styling and some of the details will be changed, the Benelli TRK800 that’s due to be unveiled later this year is likely to have very similar specifications.

With the right price the TRK800 might well turn out to be a promising mid-sized adventure model. Its smaller sibling, the TRK502, is currently Italy’s second-best-selling bike – beating the Honda Africa Twin and only just trailing BMW’s R1250GS. While British buyers haven’t cottoned on to the same trend yet, the advent of the bigger TRK800 could be just the trigger to see a similar revolution in Benelli’s fortunes over here. 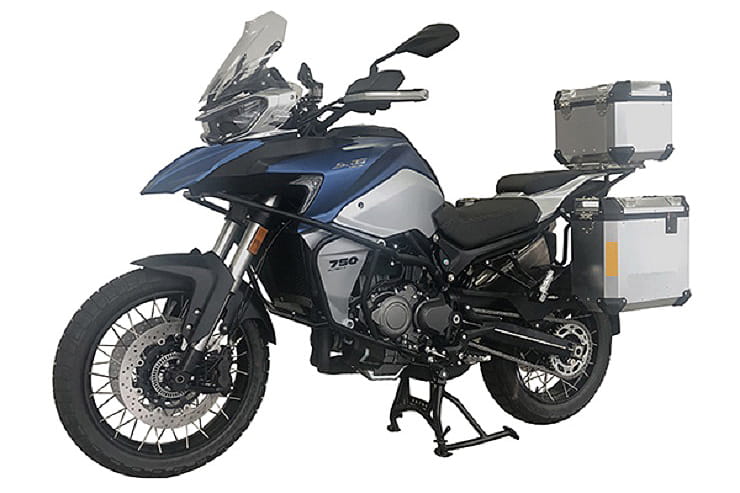