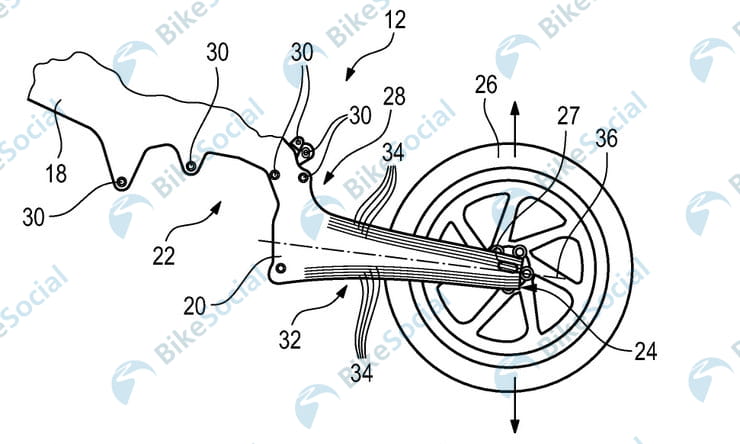 BMW has already proved it’s a pioneer of the carbon-fibre motorcycle chassis thanks to the ultra-expensive, track-only HP4 Race. Now the firm is working on a next-generation frame that dispenses with a conventional swingarm pivot and uses flexible carbon-fibre instead.

It’s almost certain that BMW will release a carbon-framed version of the latest S1000RR, having dipped a toe in the water with the limited-edition HP4 Race (below), which was based on the previous model. With more experience in the design and mass-manufacture of structural carbon fibre than most of its rivals – BMW’s car range already includes all-carbon models including the i8 and i3, and it uses structural carbon components in several more – the firm is well placed to create a carbon-framed production bike.

However, BMW’s latest patent on the subject shows a radical new approach by integrating the swingarm into the main chassis, getting rid of the need for a swingarm pivot. Carbon-fibre can be engineered to be rigid in one direction and flexible in another, allowing for a swingarm that bends to absorb bumps but remains stiff laterally. A conventional spring and damper would still be used, allowing the suspension to be tuned, but the carbon would provide at a proportion of the spring effect.

It’s not a completely new idea. Racing cars have long used the flexibility of carbon fibre in their suspension designs, often doing without pivots where their wishbones attach to the chassis, increasing strength, improving aerodynamics and reducing weight.

Whether BMW goes ahead with the integrated swingarm design remains to be seen, but the firm’s new patent is confirmation that development of high-performance carbon-fibre bike frames is still underway. The successor to the HP4 Race promises to be something very special indeed. 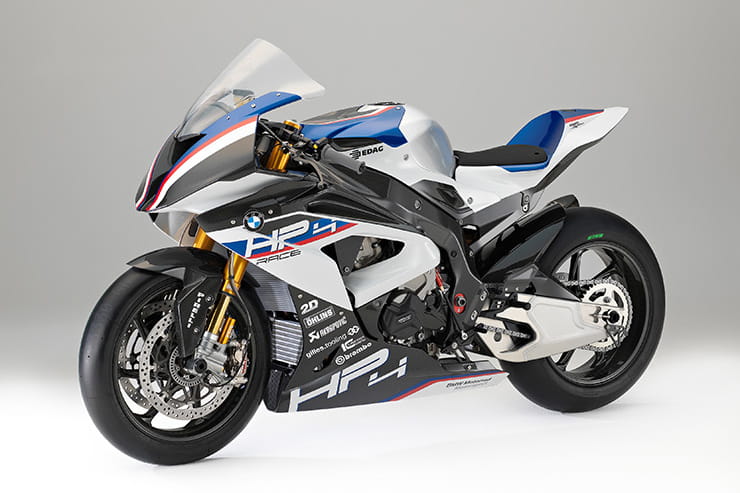