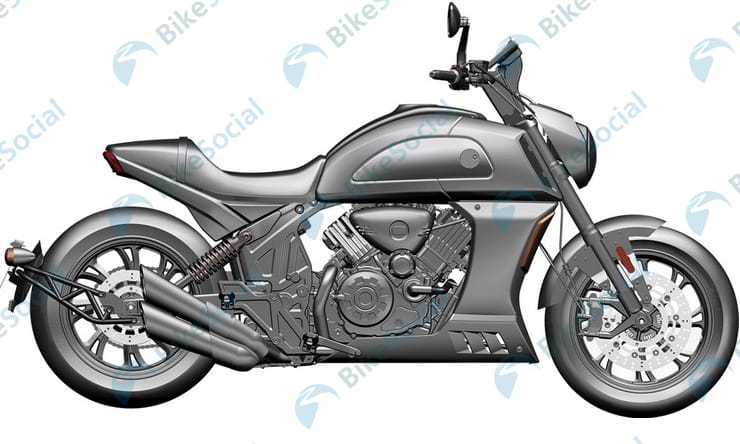 Take a quick glance at this design and you’d be forgiven for thinking it shows Ducati’s Diavel – but in fact it’s a future machine coming from Chinese firm Motrac.

Following the recent trend that’s seen Chinese bikes getting increasingly advanced and adopting larger-capacity engines, this bike features a 900cc, water-cooled V-twin making around 65hp at 55lbft of torque. Not amazing numbers, but bear in mind that despite the Diavellish looks this is really a cruiser and those figures put it ahead of similarly-sized Japanese machines like the Yamaha XV950R, Kawasaki Vulcan 900 or Suzuki M50, let alone the Harley Sportster 883.

While several recent Chinese-designed machines have shown that the country’s bike industry is gaining the confidence to strike out in its own direction when it comes to styling, this example does seem to retreat to clichéd copying. The Diavel feel is very strong, with near-identical proportions when it comes to the tank and seat unit, a similar radiator cowl and bellypan, and side air intakes that are straight rip-offs of the Ducati – mimicking the Italian bike’s intakes’ rectangular shape and the rearward slope that matches the fork angle.

The use of wide, sportsbike-style wheels and tyres, radial brakes and upside down forks adds further to the Ducati-ish feel, as do the twin exhausts on the right hand side, but the Motrac – which is believed to go under the name of ‘Magic Dragon’ – strays from the Diavel theme with a double-sided swingarm and twin shocks. The frame appears to be a cast aluminium design, which is a surprisingly modern touch.

Front indicator lenses moulded into the radiator cowls are another Ducati-copying move, and the swingarm-mounted licence plate is also similar to the one on the Diavel, although many modern bikes have adopted the same design to allow stubby tail units while still meeting European rules that demand ‘bodywork’ that extends behind the rear edge of the back tyre.

The headlight is a departure from the Diavel theme, opting for a simpler round design, while a TFT dash sits above it on a rather ungainly-looking plinth.

Motrac, which is still a relatively young company, has shown interest in selling its bikes outside the Chinese market. The design seen here certainly seems to be intended to comply with modern EU rules, including side-mounted reflectors and ABS brakes, although the exhaust doesn’t look bulky enough to incorporate a Euro5-compliant catalytic converter.

Overall, though, the derivative design doesn’t make this one look like a winner. For a big, Chinese-made muscle-cruiser, the forthcoming Benda 700 looks like a much more original option. 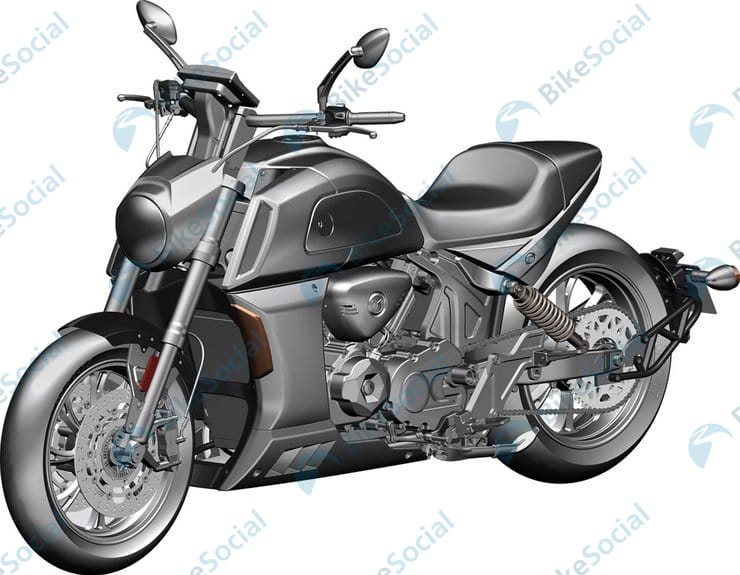