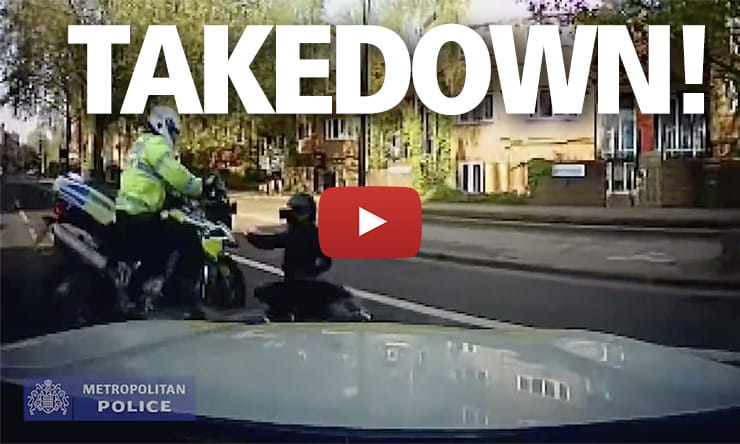 In another success for the Metropolitan police force, a dangerous scooter rider who cut through a park to avoid police officers has pleaded guilty after being taken down by officers.

23-year-old Kyren Bryce of Hilsea Street, Hackney, admitted dangerous driving yesterday at Croydon Magistrates’ Court and will be sentenced at a later date.

Met officers from Operation Venice – the force’s team responsible for many high-profile arrests relating to moped, scooter and motorcycle crime – were patrolling in central London on 23 April, following a number of scooter-enabled robbery offences being committed by a suspect on a grey scooter over a 24-hour period.

At approximately 5:20pm, officers on marked police motorcycles patrolling the location came across a grey scooter travelling along Kings Road, SW3, but as they turned around to stop it, the rider fled from Kings Road down into Lambeth at high speed, at times in excess of 70mph in residential areas.

Bryce also cut through numerous red lights on the scooter, overtaking vehicles on solid white lines, on pavements through housing estates and across a park, putting members of the public in serious danger.

As Bryce was riding down Brixton Road, SW9, Venice officers in a marked police car were authorised to use a slow-speed tactical contact to minimise the risk to the public and bring the pursuit to a safe conclusion.

Bryce was arrested for dangerous driving and failing to stop, before being taken into custody and charged the following day.

“The riding displayed showed a complete disregard for other members of the public’s safety and also fell far below the expected standards of a safe and competent driver,” said Sergeant Tony McGovern, one of the Op Venice officers involved in the pursuit. “Bryce not only put his own life at risk, but also the lives of innocent members of the public for no reason.” 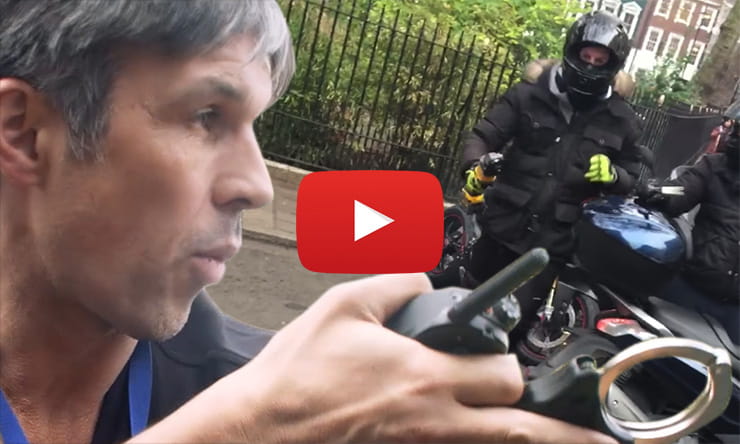 To find out more about the work of the Operation Venice team, and to watch our exclusive video, click here.