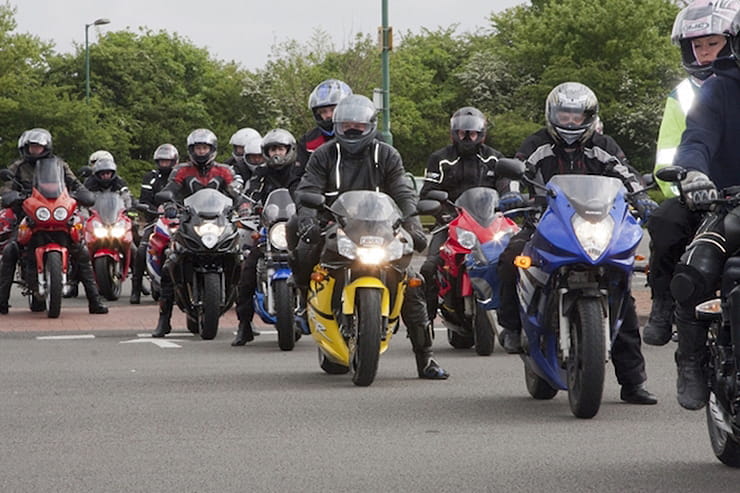 Riders are being called on to act now to prevent a High Court injunction that could unintentionally ban ride-outs in Stevenage.

Stevenage Borough Council announced last week that it had applied to the High Court for an injunction aimed at stopping car cruises from taking place anywhere in the borough, and a remote hearing is due to take place at the Luton District Registry tomorrow (Thursday 20th August) at 2pm.

According to the council’s claim, the move comes after “numerous complaints from residents about the nuisance and anti-social behaviour that is caused by or as a result of the street-cruising.”

The complaint says: “At street-cruising events, participants drive or ride vehicles, frequently high-performance vehicles that have been modified to increase their power and engine/exhaust noise, fast and dangerously. Stunts and manoeuvres are performed at high speed, races and time trials held, and danger, obstruction and nuisance are caused to local residents, those who work in the locality and other road users and pedestrians by driving or riding fast and/or performing stunts while other road users are in the locality, and obstructing the entrances and exits of public roads and/or commercial premises, and causing noise, damage and other nuisance.” 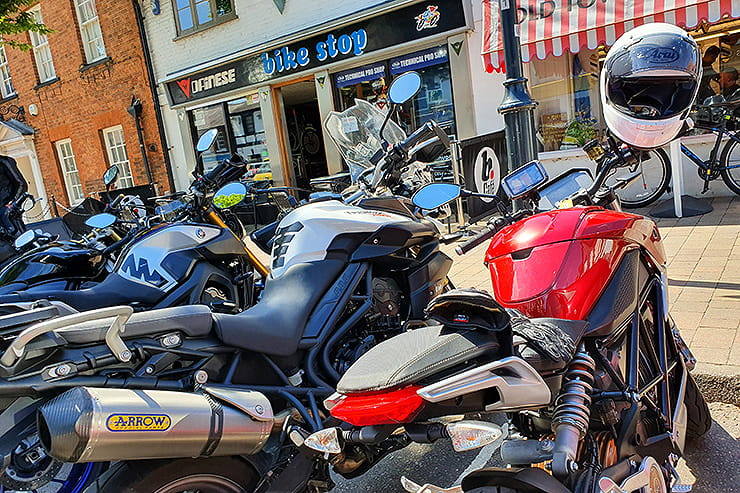 Bike Stop in Stevenage is a popular meeting place for bikers, and organises regular ride outs

In the particulars of the application, Stevenage Borough Council lists the following things it wants banned:

a. Driving at speeds in excess of the speed limits thereby creating a danger to other highway users.

b. Racing and driving in convoy thereby creating a danger to other highway users.

c. Performing stunts in or on motor vehicles.

d. Causing an obstruction on a public highway.

e. Causing excessive noise including the noise from motor vehicles and from music systems so as to create a nuisance to members of the public.

g. Creating a real risk of harm both physical and psychological to other highway users, pedestrians and local residents.

i. Using intimidating and/or threatening behaviour towards residents and police.

It also targets ‘participants’ who congregate to watch, listing the following activities it plans to ban:

a. watching and discussing the activities described above;

b. supporting or encouraging the participants in the activities described above;

c. showing off their own cars or motor-cycles to other participants;

i. causing damage to property, whether accidentally or deliberately;

j. generally behaving in an intimidating and harassing manner;

k. causing obstruction to the entrances of surrounding residential and commercial premises;

l. parking and congregating in crowds on car parks or at the sides of roads, so as to cause obstruction to other road users and those seeking to access commercial and retail premises whether for work or as customers, and create a significant risk of harm.

You’ll notice that many of the activities are already offences that police have powers to stop. In fact, the only element that appears not to be covered by existing laws is the ‘driving in convoy’ aspect, which would put ride-outs at risk. 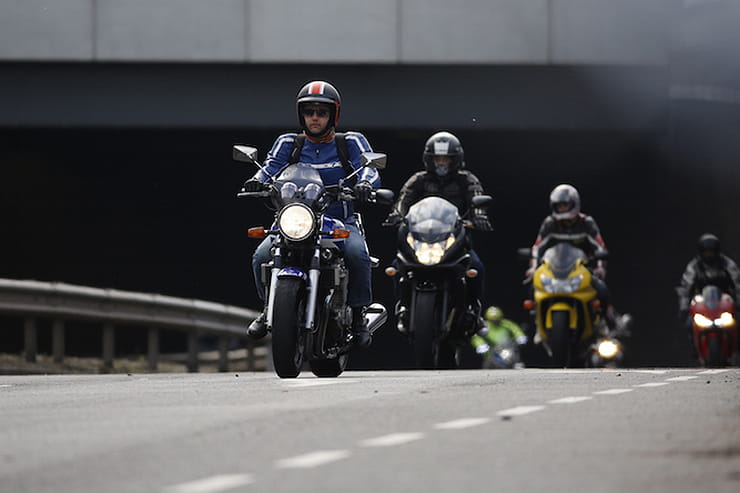 The issue comes in response to incidents at car cruises, in particular an accident in July 2019 when two cars collided and ran into spectators, injuring 18. None of the incidents mentioned in the claims appears to have involved motorcycles or motorcycle events, but the application for the injunction specifically includes motorcycles and motorcyclists in its scope.

Stevenage-based Bike Stop is fighting the proposed injunction, creating a petition on Change.org and pointing out that the wording of the council’s application would catch out events in Stevenage including charity ride-outs supporting the Air Ambulance, Hertfordshire Fire & Rescue’s ‘Biker Down’ courses, BikeSafe events, the ACU National Road Rally and Bike Stop’s own Sunday Social Ride-Outs.

As well as signing the petition, Bike Stop owner Martin Brown is looking for support from riders who can email the court to register their interest by sending an email worded: “I wish to formally register my interest to attend the Court proceedings concerning Claim Number: G00LU797” to DisputeResolutionLaw@hertfordshire.gov.uk and enquiries.luton.countycourt@justice.gov.uk