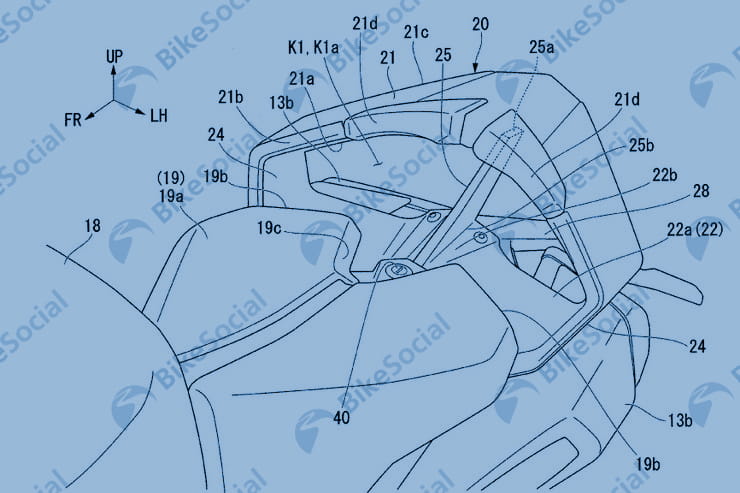 There’s been a huge focus on the aerodynamic properties of the front ends of bikes over the last couple of years as firms race to add downforce-boosting winglet – but now Honda has turned its attention to the tail with the same target in mind.

The idea appears to be to allow any air that reaches the tail to go through a wide, open hoop in the bodywork behind the rider, but to redirect it using the upper and lower surfaces of that hoop, gaining a bit of downforce. The result is a rear end that has a similar through-flow design to that seen on Ducati’s Panigale V4 – which also has gaping holes to allow air to pass through the tail – but turned up to 11. 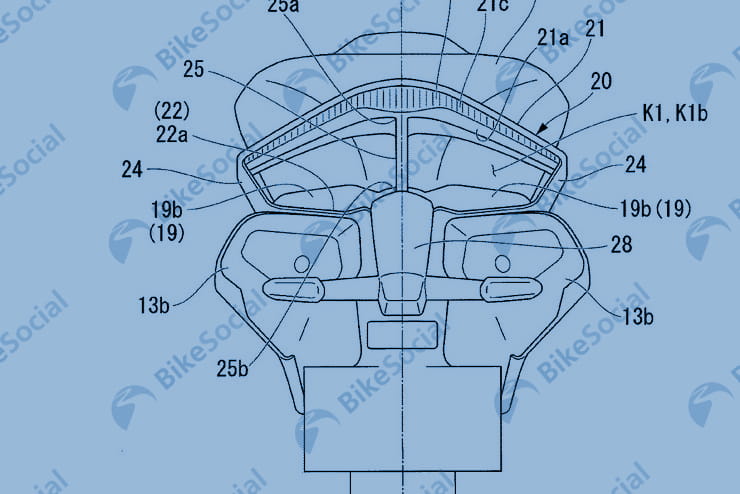 Although the patent application doesn’t go into a lot of detail on how the system works, it says “it is possible to obtain an advantage in terms of aerodynamic force caused by passing airflow through the rear cowl” and later goes on to say “it is possible to obtain an aerodynamic merit such as reducing the wind resistance around the rear cowl and obtaining downforce.”

It also leaves no doubt that the design is intended for a road bike rather than a racer, despite being a strict single-seater. There’s a slim tail light running along the top edge of the tail and a licence plate carrier hanging underneath it. Both are specifically referred to in the patent’s text. It says: “This saddle-riding type vehicle is provided with a rear combination lamp in which a light emitting surface is arranged at a rear edge part of an upper part of a rear cowl.” 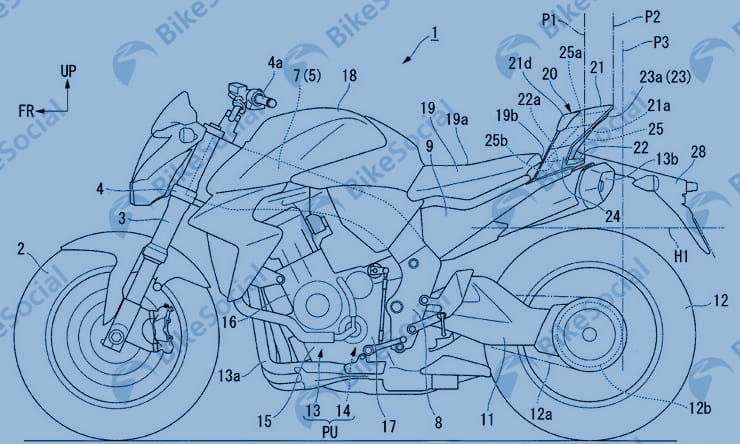 We need to ignore the front section of the bike shown in the patent images. It appears to be modelled after an old-style CB1000R, but those parts are simply place-holders and give no hint as to what the final design might look like.

However, elements including the transverse-mounted, four-cylinder engine are specifically mentioned in the patent text, suggesting that the layout of the bike this tail is designed for does reflect that of the CB1000R.

While under-seat exhausts have fallen out of favour in recent years, they’re a key element of this design. It shows two silencers under the tail, but the whole design is so short that they end much further forward than most under-seat pipes of yore. That should help when it comes to mass-centralisation, bringing the weight of the silencers nearer the central part of the bike. 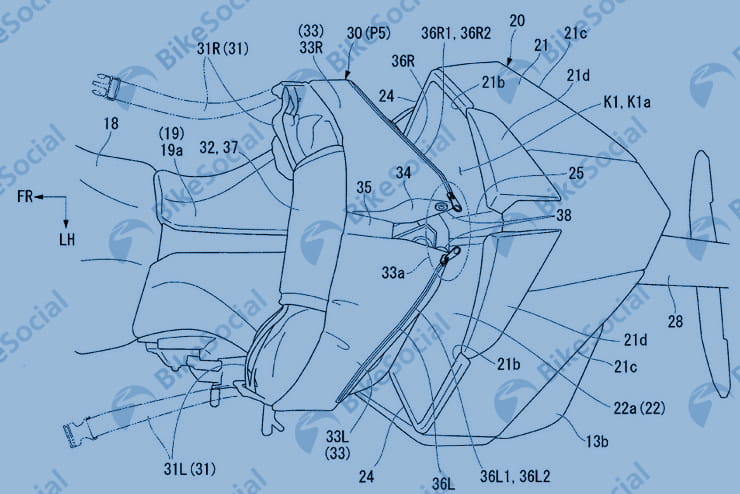 Although a patent application is far from a guarantee that a design will reach production, one of the reasons to take this one seriously is the element that’s actually being patented. Honda isn’t trying to gain intellectual property rights over the design of the tail unit itself, but for a luggage system designed to fit around it.

It’s realised that while the through-flow tail design might offer aero benefits, it means that there’s no under-seat storage space, and because it’s so short there’s no scope to strap bags on top, either.

The solution – and the real focus of Honda’s patent – is a small storage bag (above) that’s shaped to fit into the airflow hole in the tail. Of course, the bag blocks the hole, eliminating its aero benefits, but it provides a solution for at least a small amount of luggage. It’s shaped to fit around the central support post in the middle of the tail, and press studs latch it around the post to stop the bag from moving around. It also includes a fold-away belt, so when you’re off the bike you can wear the bag.

The fact that Honda is designing luggage to suit its aero tail unit suggests that the firm is a long way down the development road already.