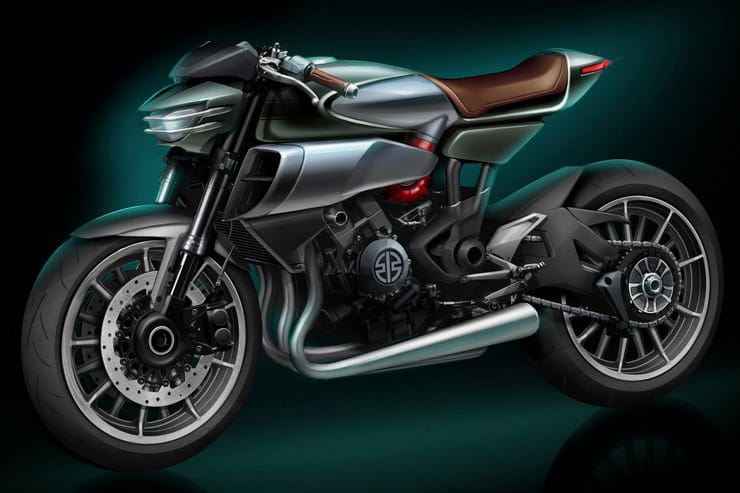 A new teaser video on YouTube confirms that Kawasaki is about to unleash a supercharged ‘Z’ model that might well take the wind out of Ducati’s sails in its plan to make 2020’s most powerful naked bike.

You might recall that back in 2015 Kawasaki showed two sketches for future supercharged models. One, the SC-01 ‘Spirit Charger’ was a half-faired, retro-inspired design, while the second was the SC-02 ‘Soul Charger’ – a luxury naked bike featuring the H2’s 1000cc supercharged four-cylinder engine. The latter looks likely to be the inspiration for the as-yet-unnamed supercharged model that Kawasaki will unveil soon, probably at next month’s Tokyo Motor Show. 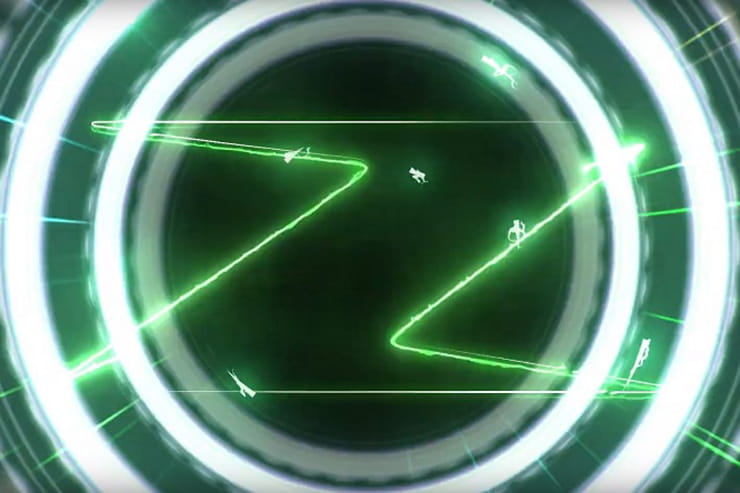 The ‘Z’ title implies that this will be a naked bike, although it’s worth remembering that the firm’s Z1000SX is fully-faired, so it’s not a 100% guarantee. However, with the faired H2, H2R and H2 SX models  already in the supercharged line filling the ‘sports’ and ‘touring’ roles, it makes sense to add an unfaired model.

Doing so could whip the rug from under Ducati’s feet, since the Italian firm has already stated that its forthcoming Streetfighter V4 – due to be unveiled just days before the Tokyo Show opens – will be the world’s most powerful naked bike. Since MV Agusta’s Brutale 1000 already makes 208hp, the Ducati is likely to be rated at the same 214hp as the Panigale V4 that shares its engine. Can Kawasaki top that? Easily. The stock H2 makes 228hp already and the H2R achieves an astounding 305hp.

Does anyone need that much power? Of course not. But ‘need’ and ‘want’ are very different things… 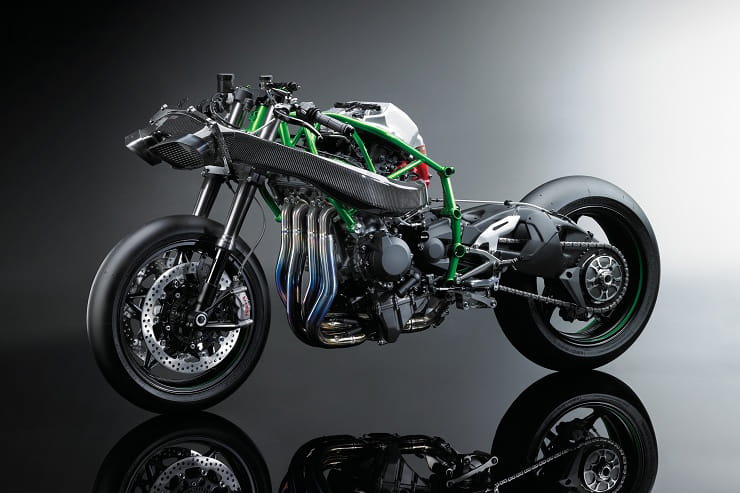 Stripped down H2R shows that even with no bodywork in place, Kawasaki’s supercharged machines look great

A supercharger is perhaps ideally suited to a monstrously powerful naked bike in a way that other solutions aren’t.

The pressures of Euro 5 emissions limits are making it increasingly hard to develop high-revving, high-performance normally aspirated engines. To meet the regulations they need increasingly large, heavy and ugly catalytic converters and many manufacturers are starting to turn to potentially expensive variable valve timing.

The big problem is ‘valve overlap’ – a period in the engine’s cycle where both the intake and exhaust valves are open simultaneously. It’s needed to allow engines to make good power at high revs, but at slower speeds the same overlap lets unburnt fuel into the exhaust, adding to emissions.

Supercharging is a solution, partly because it allows engines to make lots of power without revving quite so high – effectively emulating a larger-capacity engine by burning a larger charge of fuel and air in each combustion event. It also forces the fresh charge into the cylinder, reducing the need to open the inlet valve early.

Since the supercharger is engine-driven, it doesn’t suffer the lag of a turbocharger, giving the sort of instant throttle response that’s vital on a bike and ensuring there’s a gradual, predictable rise in power as revs increase. 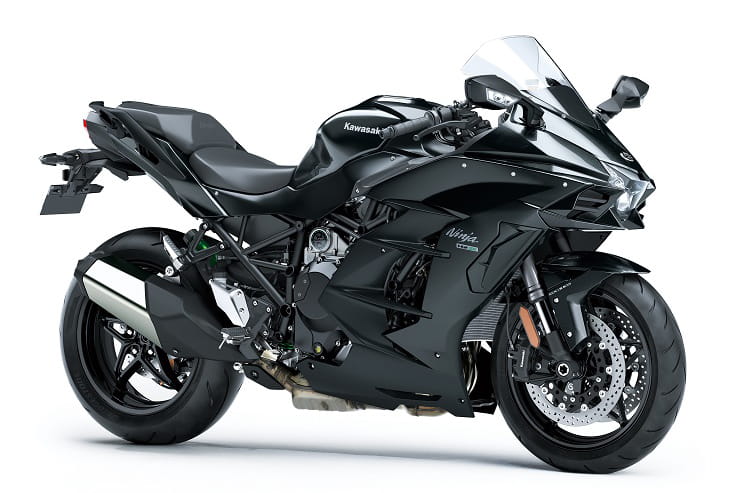 While the initial, supercharged Kawasaki H2 was a high-end machine with a price tag to match – the 2019 version is £26,499 and the H2R is an eye-watering £48,000 – the H2 SX proved that the technology itself isn’t expensive.

With a starting price of just £15,099 the H2 SX has proved to be a strong seller for Kawasaki, despite competing in the somewhat lacklustre sports-tourer segment of the market. The market for naked bikes is increasingly strong, and the USP of a supercharger could make a boosted Kawasaki Z a very tempting proposition.  What’s more, as production numbers increase the additional cost of tooling and R&D for the supercharger tech – which was developed in-house by Kawasaki – will be amortised, helping bring prices down further.

Kawasaki has been touting its supercharged wares since 2013 and, while they haven’t inspired a host of copycats yet, the firm might have played a blinder by slowly ramping up its involvement with the technology. By refusing to outsource production of key elements like the superchargers themselves, Kawasaki has ensured that rivals can’t quickly react with supercharged machines of their own.