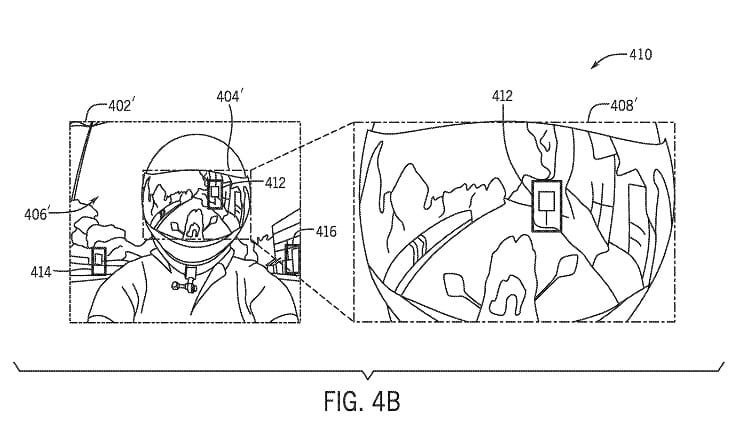 A battle for technological supremacy has been raging in the bike market for the last few years with an explosion of traction control and ABS technology allied to sensors measuring lean angles, acceleration and yaw. It all adds safety but comes at a cost that’s more than just financial.

The issue is that bikes have a far longer lifespan than most of the high-tech kit that’s being fitted to them. In the UK, the average motorcycle in use is more than 13 years old. That means it dates from an era before smartphones or iPads, when the iPod was still something for early-adopters and even sat-nav was a rare and expensive feature limited to luxury cars. By the same measure, it’s pretty safe to assume that the high-tech systems emerging on the latest generation of bikes today will look laughably dated in a decade’s time, despite the fact that the motorcycles themselves will still be in the prime of life.

Honda’s solution, proposed in a patent application that’s recently emerged, is to shift away from the idea of incorporating all the latest technology into the bikes themselves and instead to put the onus on a more regularly-updated piece of equipment – your phone. 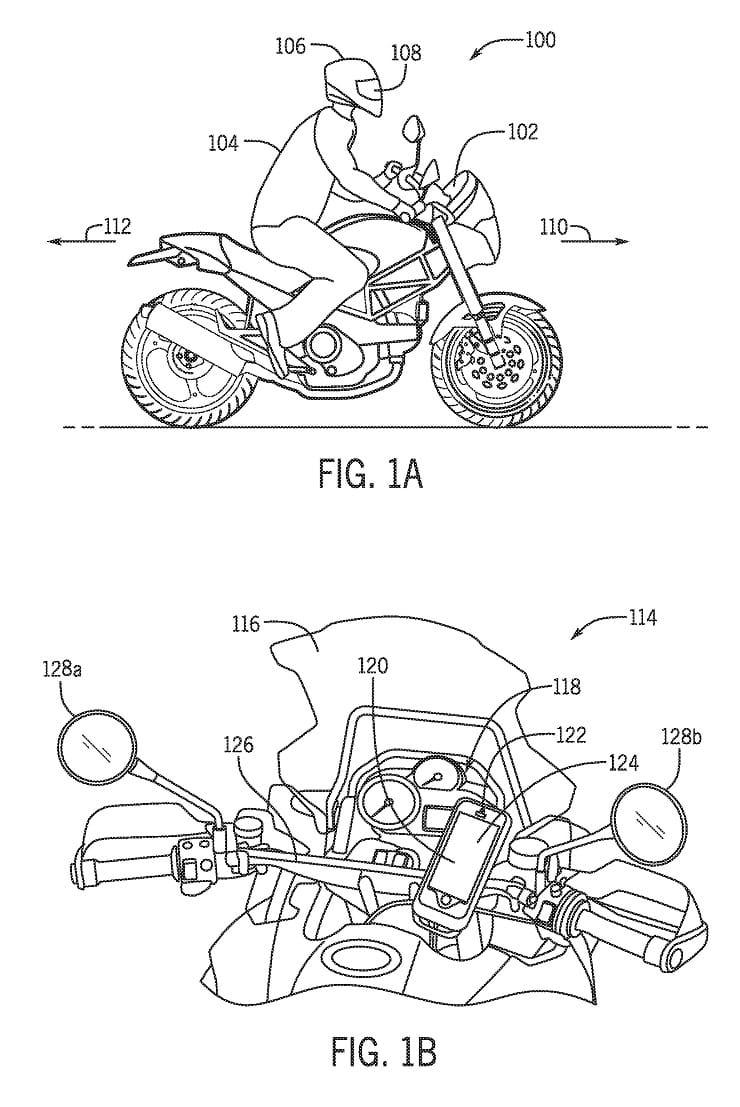 Modern smartphones already incorporate a host of accelerometers, gyros and yaw sensors as well as featuring GPS and a mobile internet connection, and importantly they’re also equipped with a piece of kit that’s yet to make an appearance in the motorcycle safety armoury; cameras. Honda’s idea is to leverage that technology.

The patent that reveals the idea actually focusses on a particularly innovative element. Appreciating that you’re unlikely to want your phone mounted on the front of your bike where its camera can see the road ahead, it proposes a more conventional bar-mounted position. From there, the idea is that the front-mounted ‘selfie’ camera on the phone can look back at you, monitoring a reflected, wide-angle image of the road ahead from the reflections on a conventional mirrored visor on your helmet.

The proposal is that software on the phone could differentiate between the reflection and the background and use it to pick out hazards.

The patent application is a little vague as to how the bike could react, but says the phone can be linked to a network that might include the bike itself – with info from its own on-board sensors – a remote server and, potentially, a head-up display inside your helmet. The point is that it would be versatile, updatable and able to improve alongside the fast-moving tech of smartphones. Even riders of old ‘dumb’ bikes could still see benefits, using their phones not only as GPS systems but also to provide early warnings of approaching dangers thanks to the connected nature of the system.

Even if this patent application doesn’t directly lead to a new piece of technology, it shows that manufacturers are starting to appreciate that the powerful computer that most of us carry everywhere we go could be usefully employed to make riding safer.