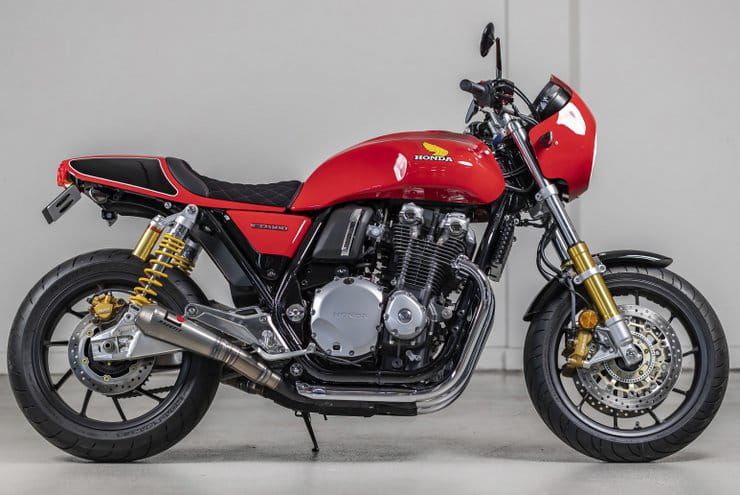 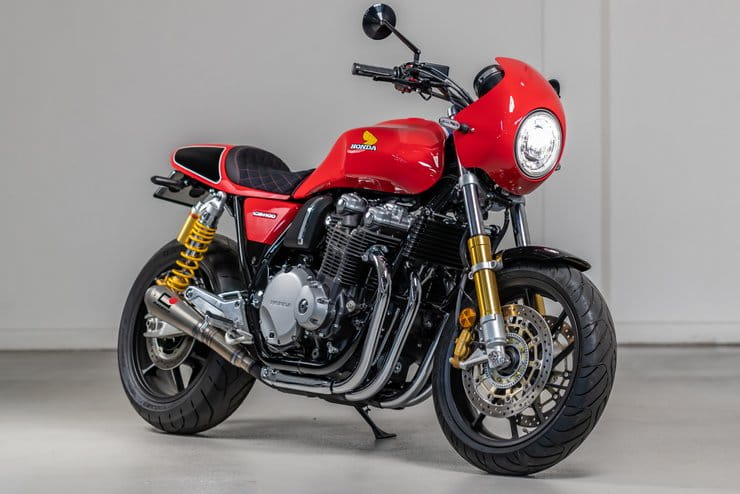 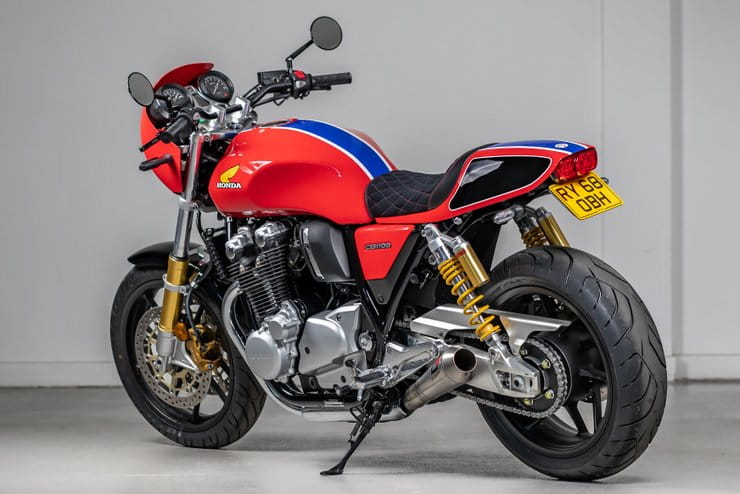 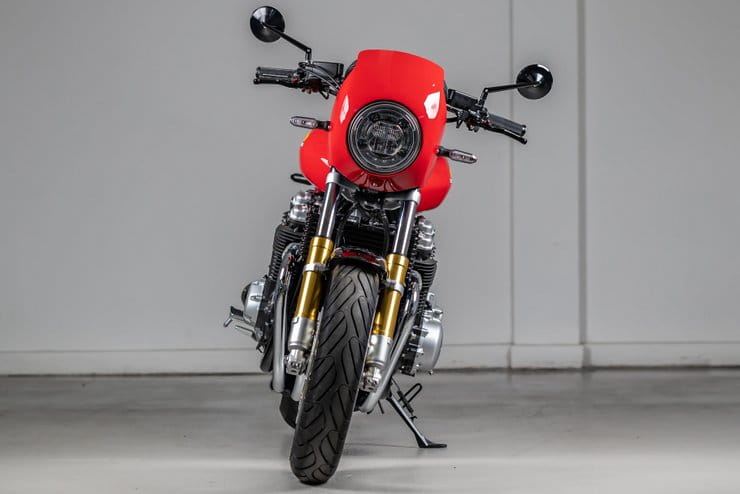 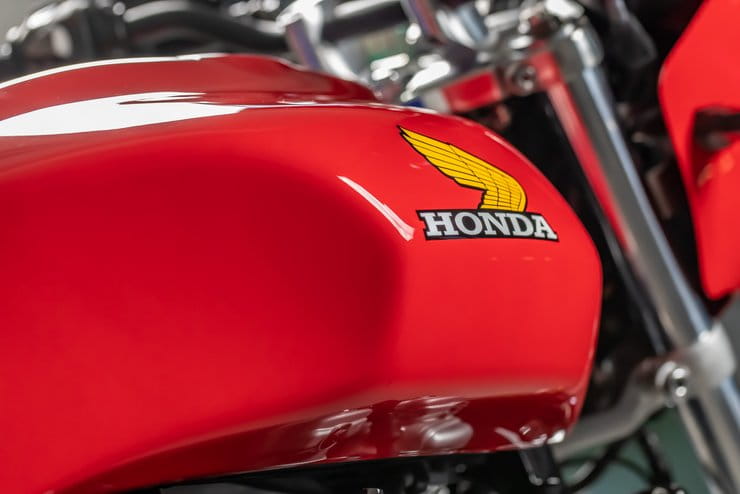 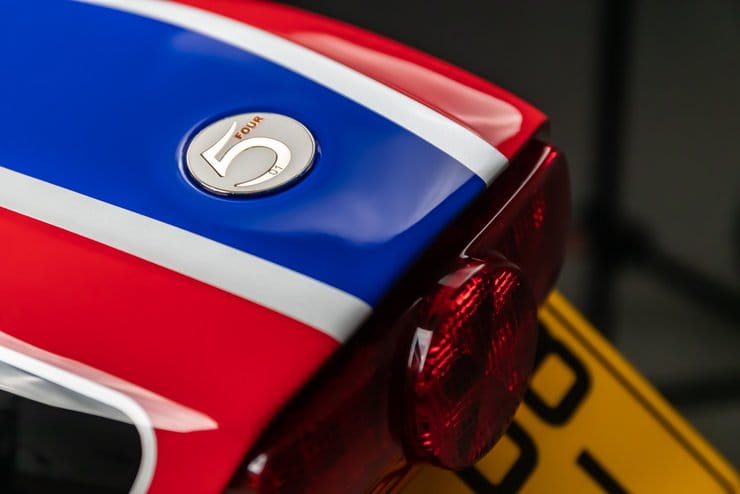 Honda’s CB750 is the machine that inspired the term ‘superbike’ and – with four cylinders and disc brakes – brought Grand Prix technology to the road at a fraction of the price of its slower rivals. Now it’s 50 years old and to mark the occasion Honda UK has teamed up with 5Four Motorcycles to create a limited edition tribute machine.

Just 54 of the bikes, based on the latest CB1100 RS, will be made. Rather than trying to replicate the 1969 CB750, the CB1100 RS 5Four takes its inspiration from endurance racing, with a single seat and small nose fairing, but its air-cooled four-cylinder engine provides a clear link to the original.

Guy Willson known from TV’s The Motorbike Show, spearheaded the design for 5Four Motorcycles. He said: “5Four Motorcycles was created to move away from the one-size-fits-all standard and to build thoroughbred machines with cool design, a statement of individualism, quality, performance and exclusivity. From the moment I first saw the CB1100 RS I knew it had the potential to be a thoroughbred, single seat, point-and-squirt A and B road blaster. So we’re making a strictly limited production run of 54 CB1100 RS 5Four motorcycles, each individually numbered. The number is etched subtly into the number 5 of the nickel plated 5Four badge which itself is inset into the tailpiece. And the paintwork had to hark back to the period in my youth when Honda dominated World Endurance racing with their red, white and blue works racers; there are no stickers or transfers – even the retro Honda logo and Wing are lovingly hand-painted. We’re passionate about this motorcycle. We have just selfishly designed and built it and it stirs us when we walk up to it and we don’t want to leave it at the end of a day’s riding.”

In case you’re wondering about the 5Four name, it’s Willson’s call number from his days as a despatch rider.

Changes to the limited-edition machine include Renthal bars, Tomaselli grips, billet mirrors and short, adjustable levers. The seat is Alcantara and leather, but most impressively that single seat unit and the custom-made fairing are handmade from aluminium rather than plastic or fibreglass. Racefit provides the ‘Urban Growler’ end cans and each machine is individually numbered.

While the bikes are modified from stock CB1100 RS machines by 5Four Motorcycles, because the limited-edition is officially sanction you can order one from any Honda dealer. A deposit secures a build slot, provided you get there before all 54 are sold, and delivery is expected about three months later. Speaking of which, you can either collect the bike at your dealer or collect the bike from Corby, where Guy Willson will hand it over in person. As with any other official Honda, finance deals including PCP are on offer. 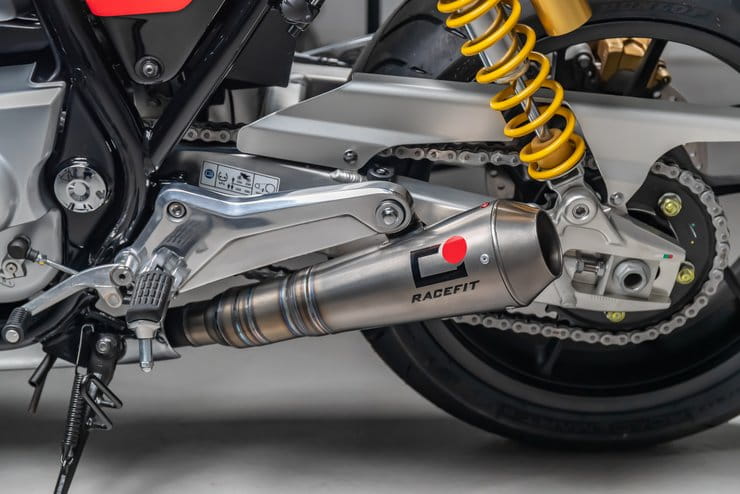 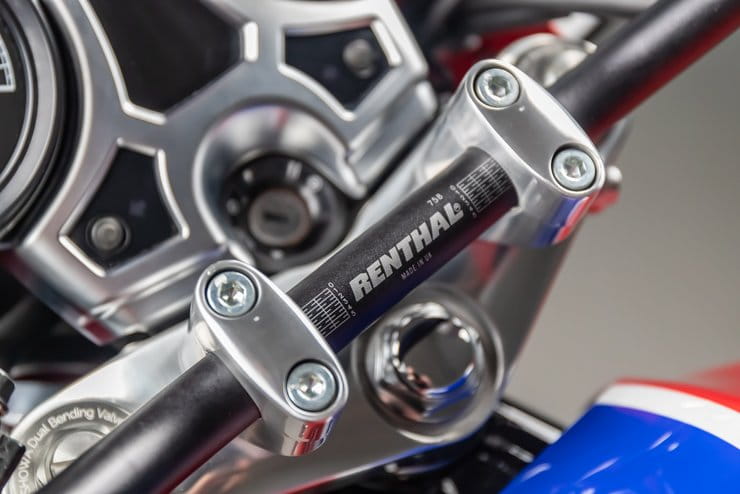 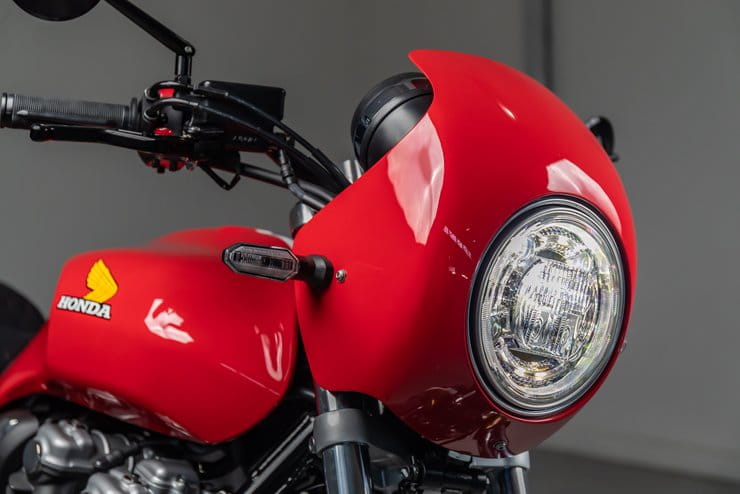 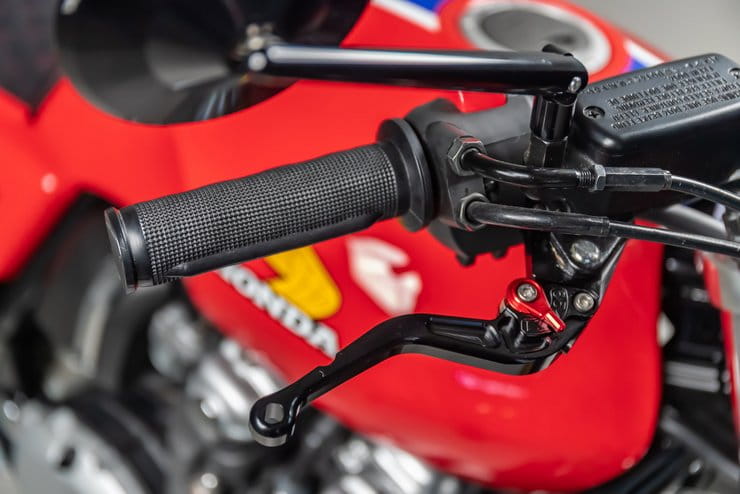 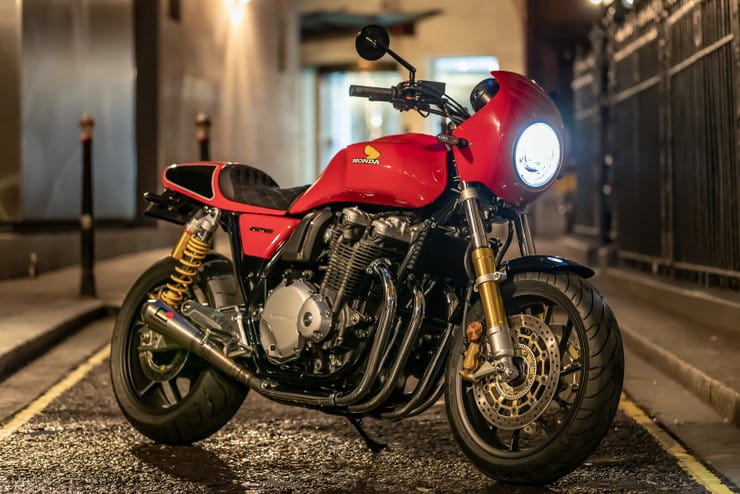 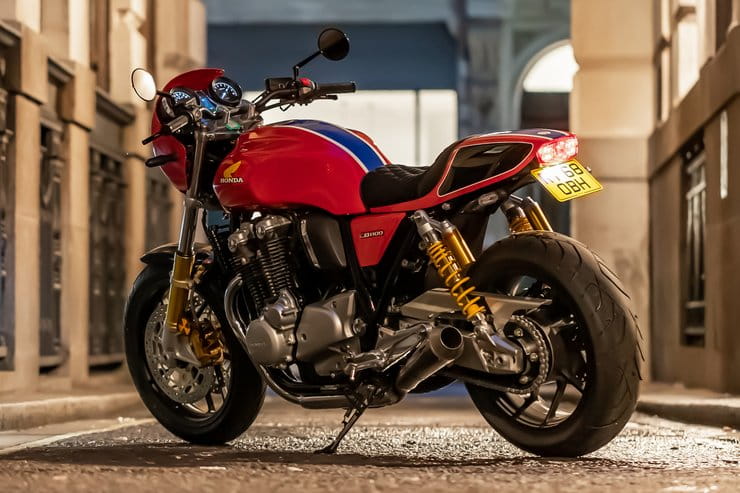