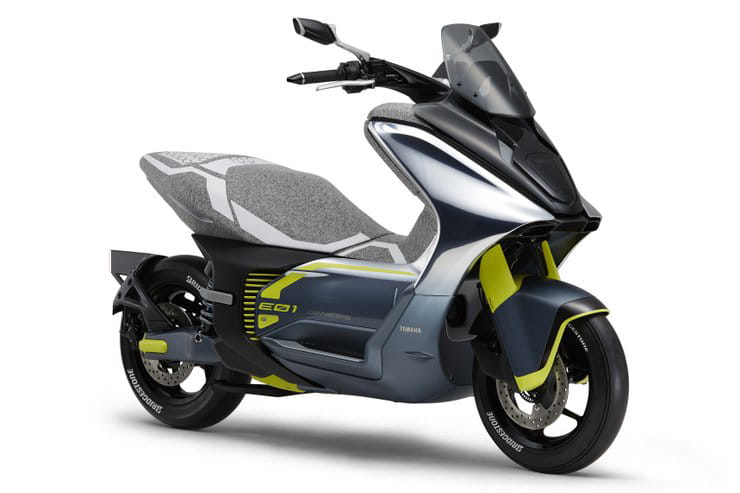 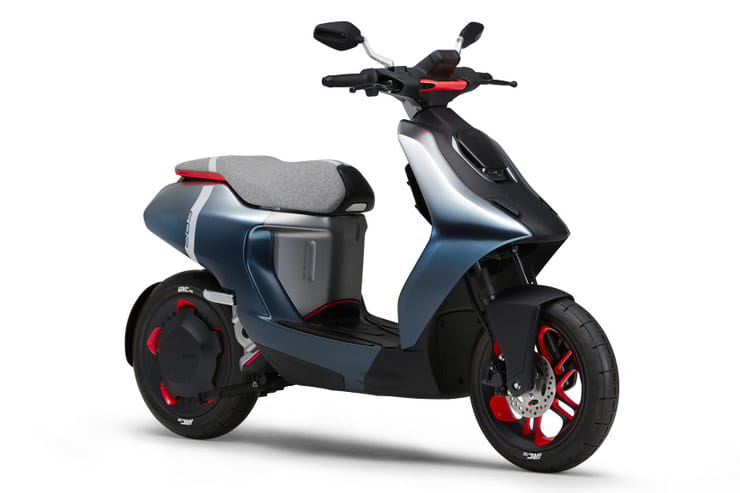 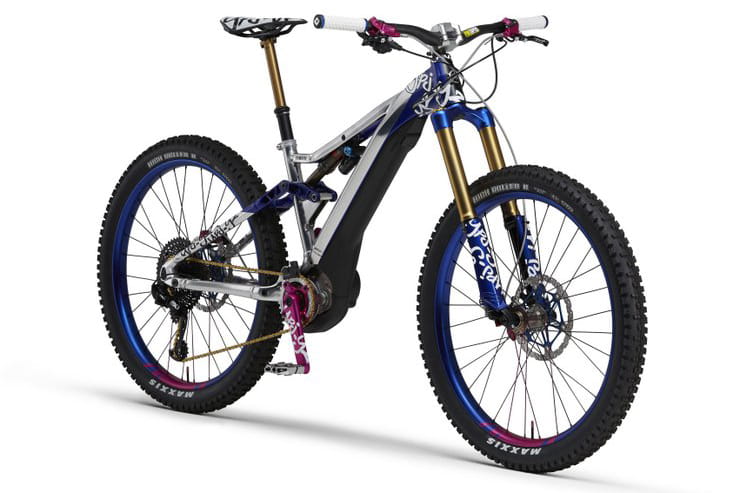 The Tokyo Motor Show only happens once every two years and it’s traditionally been the platform for the nation’s bike firms to unleash the wildest of their designers’ creations as they preview directions they might take in the future. Yamaha has just released information on the first of its 2019 Tokyo Show concepts and it’s clear that the firm sees electric power as the direction it will follow in years to come.

Initially, the firm has revealed two concept scooters and an electrically-assisted mountain bike that straddles the ground between bicycles and motocrossers.

While they’re concepts, the two scooters are a far cry from the crazy machines we’re used to seeing at Tokyo. It’s easy to imagine either of them in production form with only the mildest of tweaks and some slightly less ‘futuristic’ paint schemes.

The first, dubbed E01, is claimed to have performance equivalent to a 125cc scooter, offering fast-charge capabilities and a long range. It’s actually a very conventional-looking design, with normal suspension, ABS brakes and styling that would sit quite happily in today’s showrooms. Only the unusual seat material, a blacked-out headlight and the bizarre choice of slick tyres set it aside from a production machine. Expect this one to become a reality within a year or two.

Second, we have the imaginatively-named E02. It’s aimed at the 50cc moped market in terms of performance and range, but again it’s electric. There’s a hub-mounted motor in the rear wheel and a removable battery to allow quick ‘refuelling’ without the cost and complexity of a fast-charge system. Once again, it’s an eminently believable design, eschewing the weird suspension and engineering so often seen on concepts in favour of production-ready components. There are already plenty of moped-style electric bikes with similar specs on the market, particularly in the Chinese market, and Yamaha’s own E-Vino production model already many of the same features. Like the E01, it seems very likely that the E02 is more of a lightly-disguised future production model than a taste-testing concept.

Elsewhere on Yamaha’s stand we’ll see the YPJ-YZ electric mountain bike, which takes inspiration from the YZ motocross range. Since Yamaha is already one of the world’s leading manufacturers of e-bikes, and the YPJ-YZ really isn’t all that different to the mass-made e-MTB that will be seen elsewhere on the firm’s Tokyo stand, it’s probably sensible to interpret the concept as a statement of future intent rather than a wild design exercise.

When it comes to more impressive-looking, higher-performance concepts, there may yet be more to see when the Tokyo Motor Show kicks off on 23rd October, as Yamaha says it has two further ‘World Premier’ models that will be introduced when the show opens.