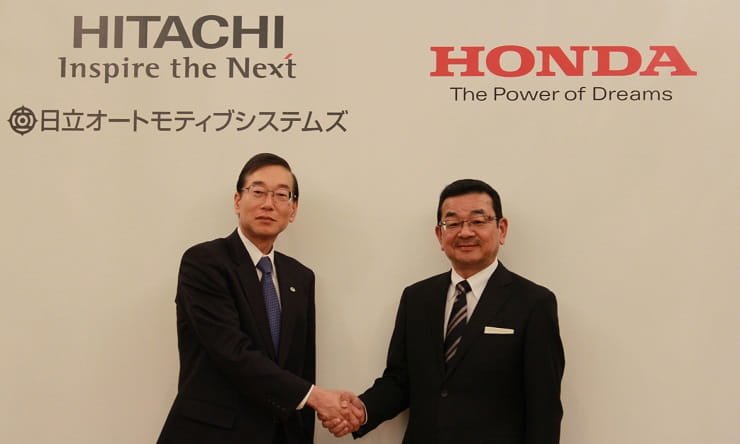 Honda has announced a massive deal to tie up with automotive supply giant Hitachi Automotive Systems and create a new business that swallows up three of the most famous names in motorcycle parts – Showa, Keihin and Nissin.

Honda is already a major shareholder in all three companies. Showa is, of course, famous for its suspension parts and began life way back in 1938. Keihin has been a name on carburettors and fuel injection systems since the 1950s and Nissin has been making brakes since around the same time. Under the planned deal, all three firms will effectively disappear, becoming part of a new entity – tentatively taking on the Hitachi Automotive Systems name – that will be owned jointly by Hitachi and Honda. Hitachi, which is already a leader in automotive parts and technology, will control two thirds of the new firm’s shares, with Honda having the remaining third.

Should all go to plan, the deal will first see Honda buying up all the shares in Keihin, Showa and Nissin. It currently owns 33.5% of Showa, 34.86% of Nissin and 41.35% of Keihin.  Once that’s done, the three companies will be absorbed into Hitachi Automotive Systems.

The plan makes sense. Not only is the supply of car and motorcycle parts becoming increasingly globalised but the areas of engine control (Keihin), suspension (Showa) and brakes (Nissin) are no longer separate. The growing number of modern bikes with control systems that jointly operate the engine management, traction control, ABS and electronic suspension shows how the boundaries between those areas are becoming blurred. By creating one company that cooperates on electronics, engine management, braking and suspension, the ability to create seamlessly integrated systems becomes much easier. The size of the new business – which will supply a number of leading car and motorcycle brands as well as Honda – promises economies of scale when it comes to costs.

The expected growth in electric cars and bikes only adds to the need for integration. Back in 2017, Honda and Hitachi reached a deal to establish a joint venture developing and manufacturing electric motors for vehicles, and the latest move is a huge step forward from that.

The plan says that the individual components will retain their familiar brand names “for now” – that means we can expect to be talking about Showa suspension, Nissin brakes and Keihin injection for a while yet, but the overall brand will go under the Hitachi name once the deal is complete. 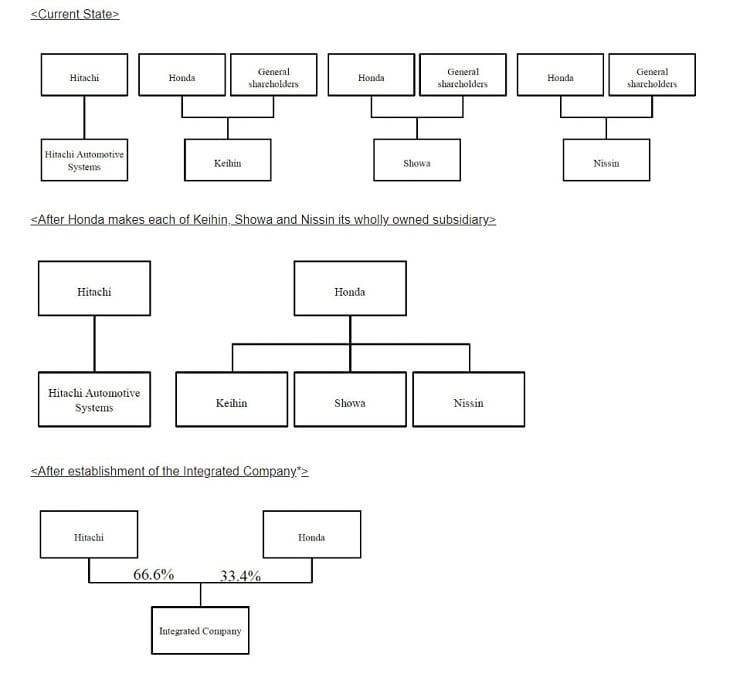