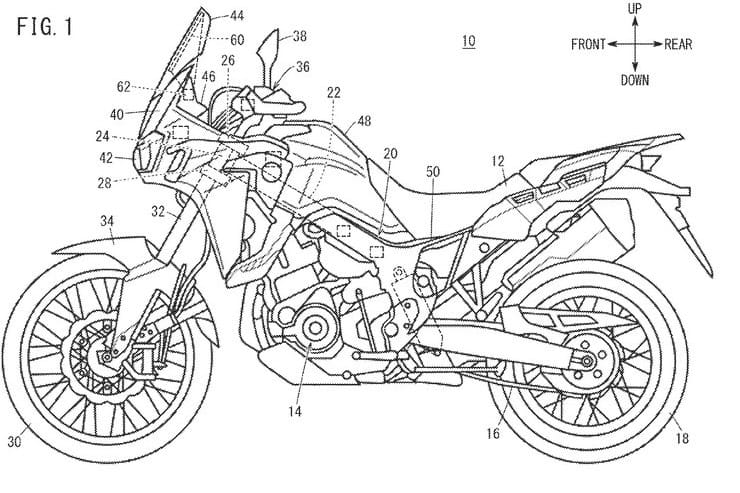 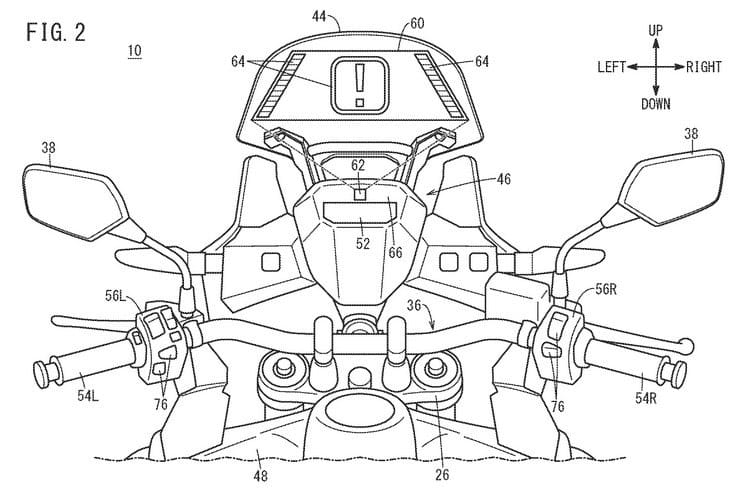 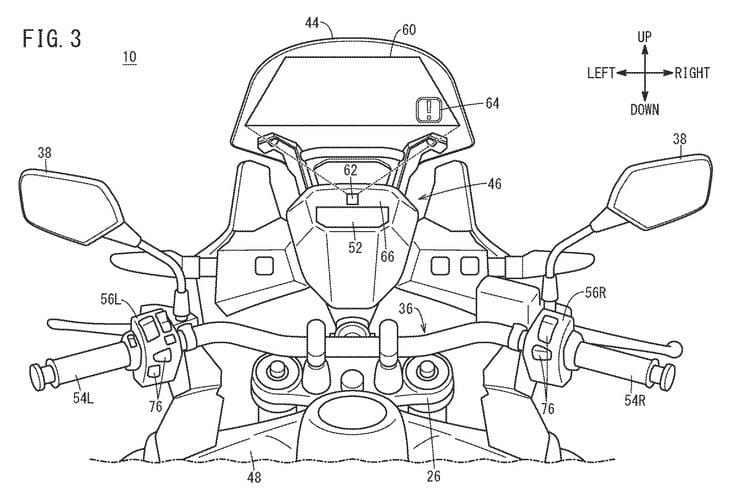 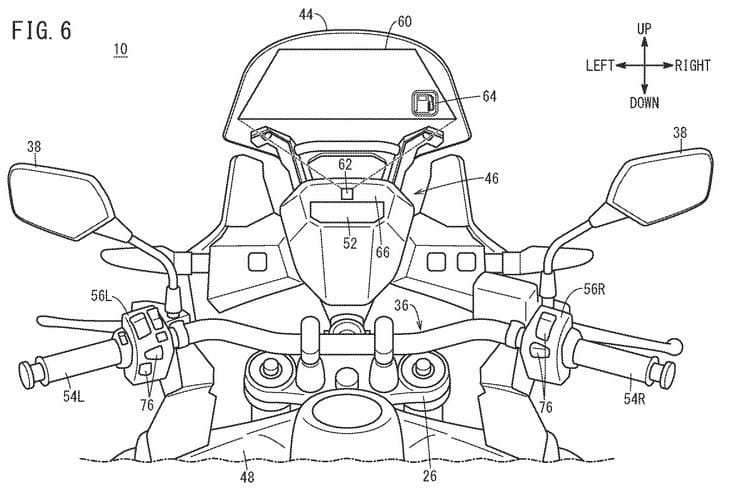 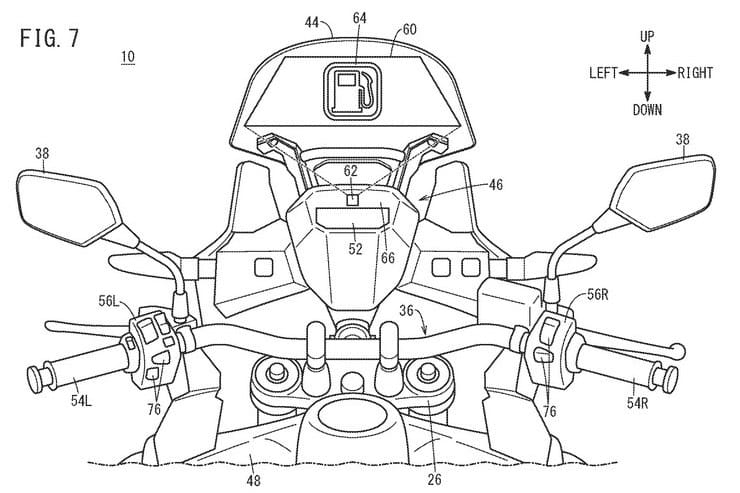 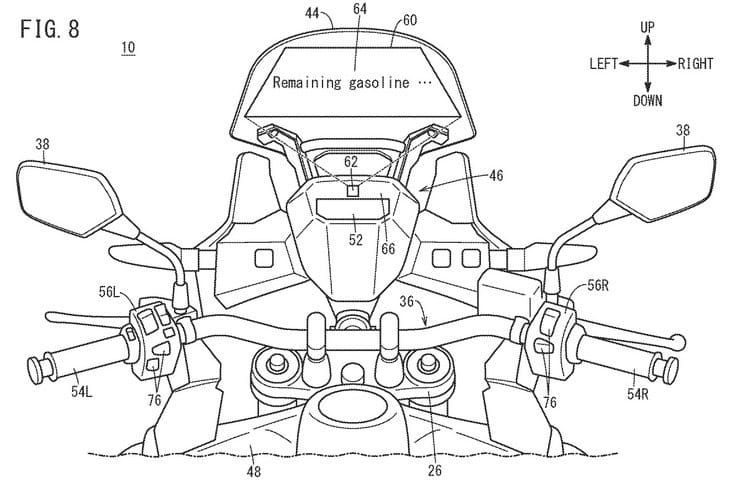 The current trend for ever-bigger LCD or TFT dashboards on bikes is on a clear collision course with the simple fact that there’s only a limited amount of space for them to occupy. Fortunately Honda’s already preparing a solution: touchscreen head-up displays that project onto your bike’s windscreen.

Not long ago we were all happy to make do with a rev-counter, a speedo and a temperature gauge. At the turn of the millennium even a fuel level readout was the exception rather than the rule. But now the endless demand for information coupled with the increasing electronic sophistication of bikes mean dashboards are increasingly phone-like flat-screens with multiple layers of menus. Lap counters, gear position displays, dataloggers, sat-navs, telephone and multimedia controls battle for dashboard real estate with riding mode settings, suspension controls, traction control and ABS modes, with manufactures battling to add even more sophistication with each generation of bike. Go-Pro camera controls are already a reality on some Triumphs and we’ll see radar and blind spot warnings on our dashboards in the very near future.

But while the amount of information on tap has grown exponentially, the little space between the top yoke and the bottom of the windscreen hasn’t. Unsurprisingly, manufacturers have been thinking about how to solve that problem. 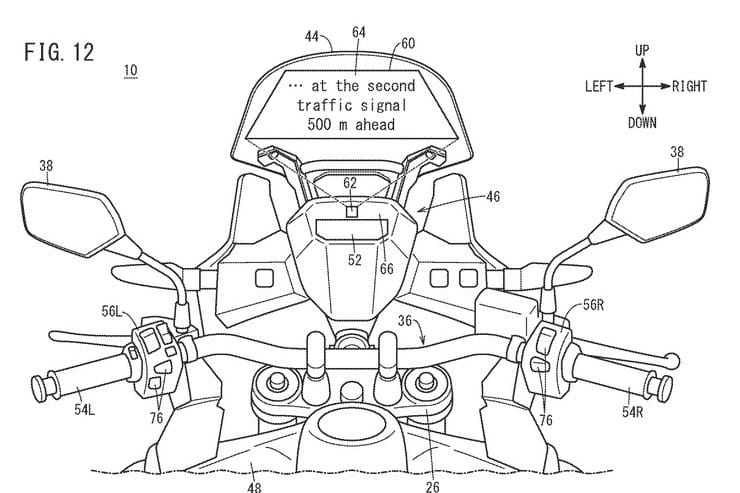 Honda’s answer, revealed in a newly-published patent application, is to use the much larger space of the bike’s windscreen itself as a see-through head-up display, giving more space to show information without blocking the rider’s view ahead.

The idea has been used in aircraft for decades, of course, and there are already plenty of cars with head-up displays as well, but for its motorcycle version Honda wants to add a new element by making the HUD itself into an interactive touchscreen display.

By incorporating a capacitive touchscreen layer into the part of the clear screen that the HUD is projected onto, the idea is that riders can swipe through displays, or dismiss or minimise warnings, by touching a gloved hand against the screen itself. Touchscreens on bikes are generally awkward, since gloves and the movement of the bike itself can make it hard to accurately hit the right spot. By turning the windshield into a giant touchscreen, there’s scope to use much larger icons to that respond to less pinpoint-accurate prodding. 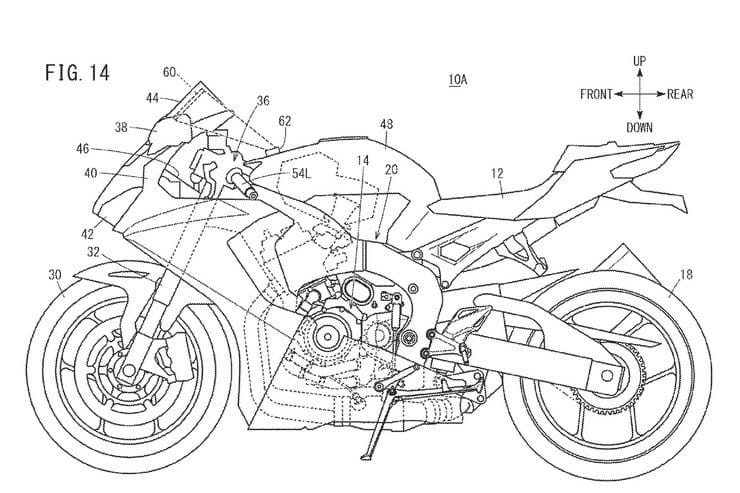 Honda’s patent uses an Africa Twin to illustrate how the touchscreen HUD will work. With a relatively vertical screen and plenty of high-tech gizmos to play with, this style of bike is clearly the best suited to the idea. However, the firm has also considered how the idea can be used on other machines.

Other interpretations of the idea illustrated in the patent include a version on a Fireblade, as well as a cruiser-mounted HUD. And where there’s no screen, or the screen is either too small or too hard to reach, the firm suggests that the HUD image could instead be projected onto a touchscreen pad mounted atop the fueltank – so it would no longer be an HUD, but it would still be a large display without the need for a big LCD unit, just a touch sensor and a projector.

Of course, it’s always hard to predict whether ideas like this will ever reach production, let alone how long it will take, but there’s definitely some sense in this one. Don’t be surprised if an HUD-equipped Honda appears in showrooms in the next few years.