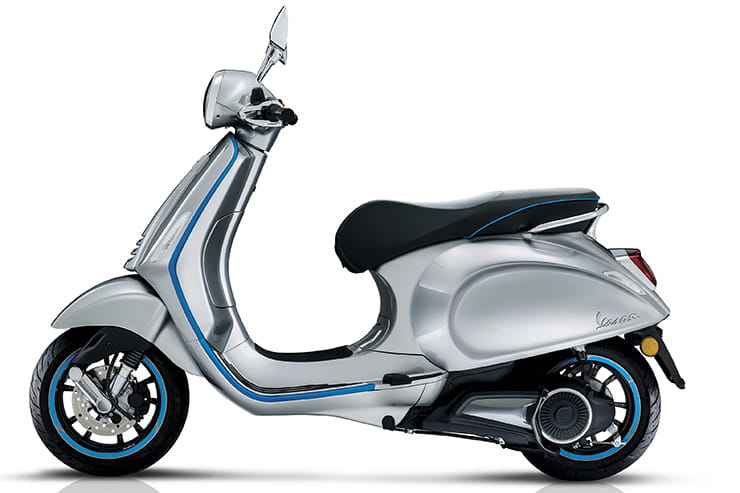 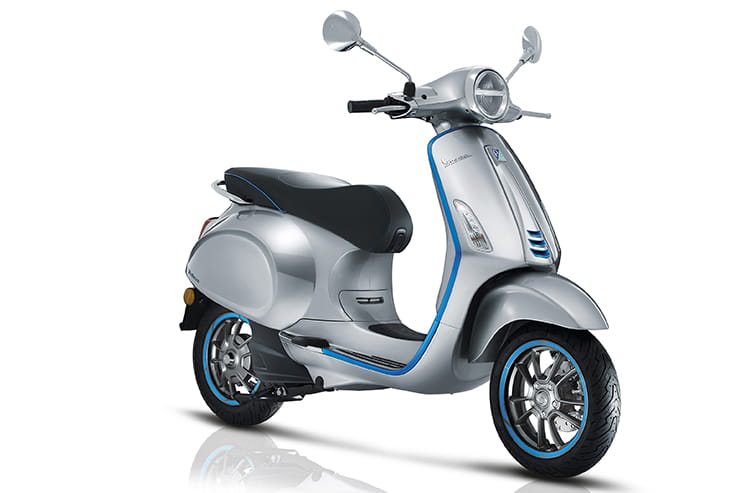 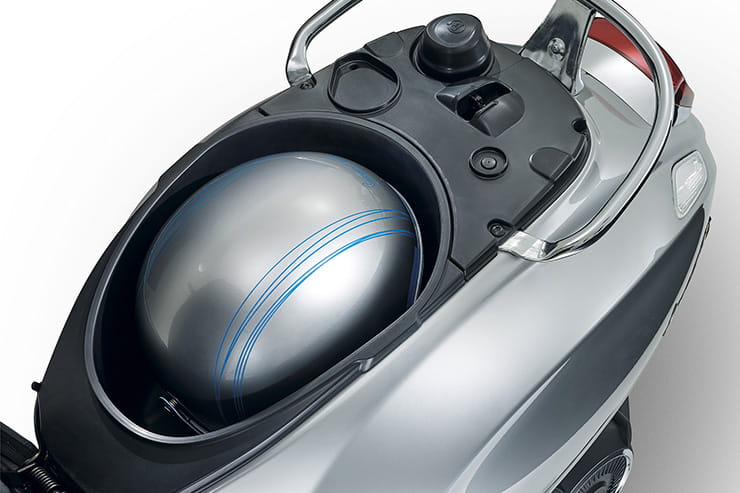 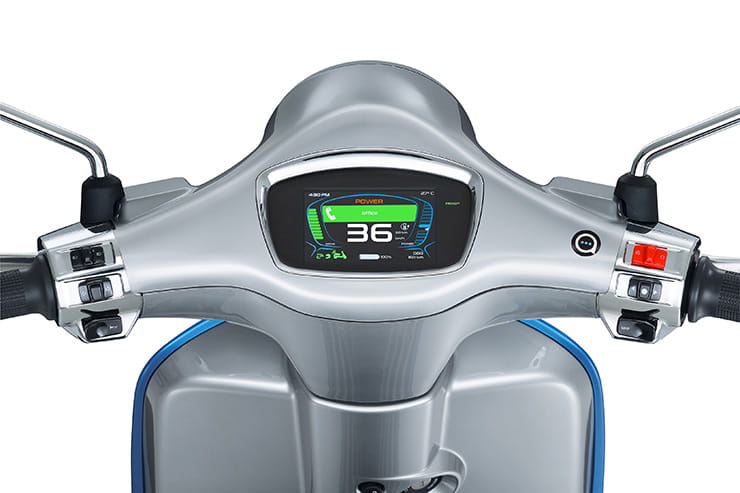 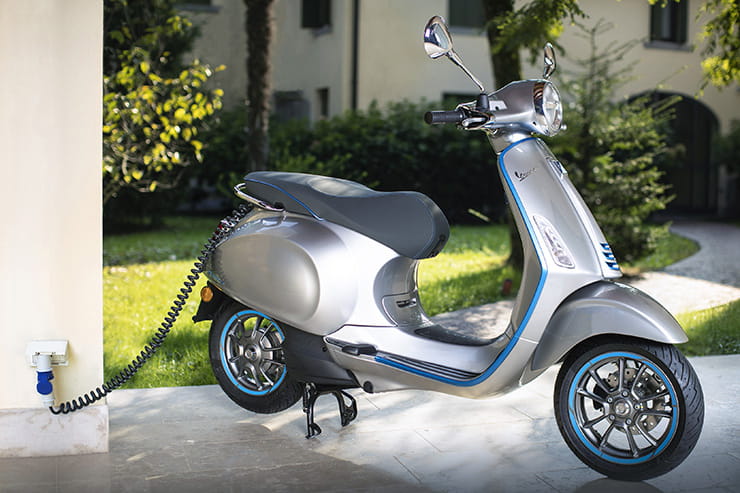 The original Vespa Elettrica remains in the Italian company’s range as a 28mph urban commuter, but the new Elettrica 70km/h, which promises the same range of 62 miles from its battery pack, is said to have a top speed of 44mph (70km/h)…

How has Vespa got more range from the Elettrica?

The Vespa Elettrica 70km/h uses the same motor, controller and battery as the previous 45km/h model (which will remain in the range), but the company says that the components have been ‘optimised’.

Acceleration remains the same as the slower version, and in ‘ECO’ mode the top speed is still 28mph (45km/h), with the identical range of 62 miles (100km). But the new machine has a ‘Power’ mode, which boosts the top speed to 44mph, while reducing range to 44 miles.

The Piaggio Group, parent company also to Moto Guzzi and Aprilia, says that while the Elettrica 70km/h lithium battery is the same size and weight as that fitted to the 45km/h version, it’s been modified to deliver a higher continuous power output, also thanks to tweaks in the controller. This has allowed the engineers to incorporate a longer final drive ratio, which gives the increase in top speed, as well as even quieter operation thanks to the lower motor revs at the same road speed.

Peak power is 4kW, with a continuous output of 3.6kW, while torque is claimed to be a massive 200Nm (148lb-ft), which means acceleration should far exceed any traditional petrol-powered 50cc machine.

How do I charge the Vespa Elettrica?

A cable is tucked under the seat, where you’d usually find the fuel cap – pull it out and simply plug it into a standard wall socket or a public charging station. A full charge at 220V takes four hours.

The battery – which also recharges under braking – is said to be good for 1,000 full charge cycles, which should mean a life of somewhere around 30,000 to 45,000 miles, which is likely to be about ten years for most owners. Vespa says that the battery still retains 80% of its charge at this point, so it’ll still work, but range will be reduced to 35 to 50 miles, which for most commuters will be more than enough.

Anything else I need to know about the Vespa Elettrica 70km/h?

The 4.3” TFT dash can be connected to your smartphone for notifications and music control via the bar-mounted buttons, while lighting is full LED and a USB charging socket is in the leg compartment. 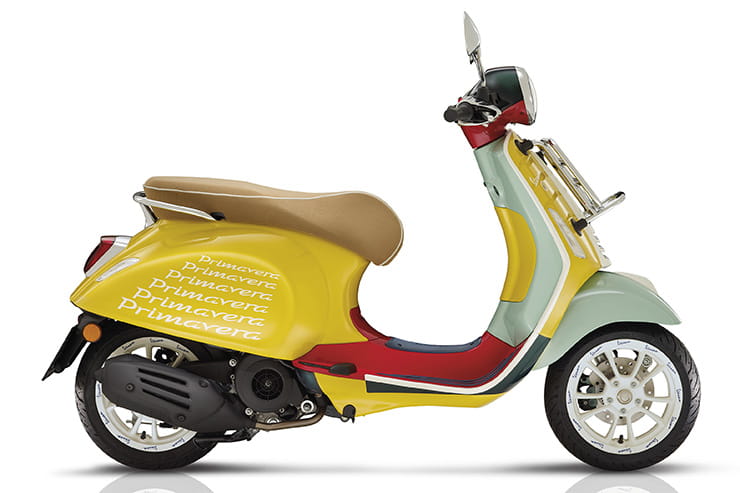 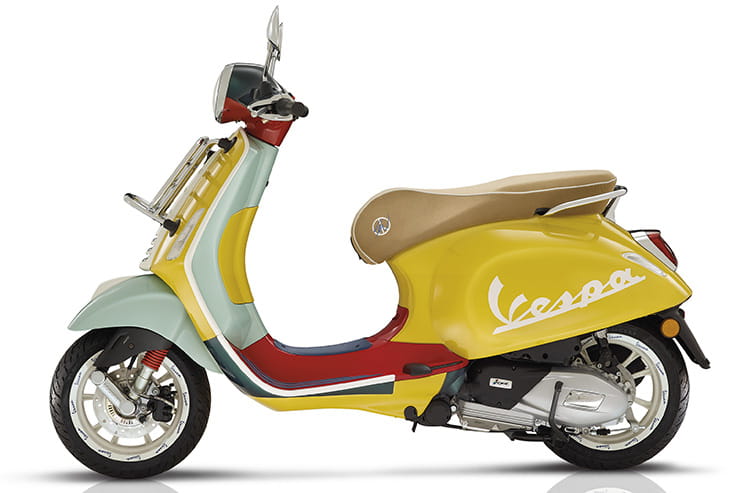 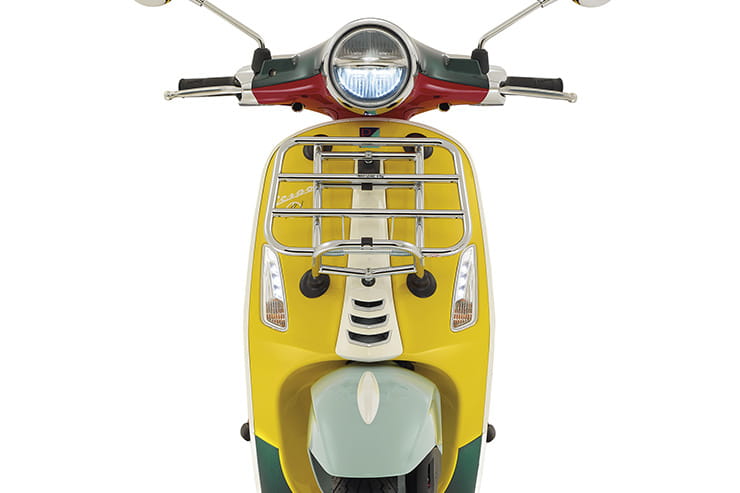 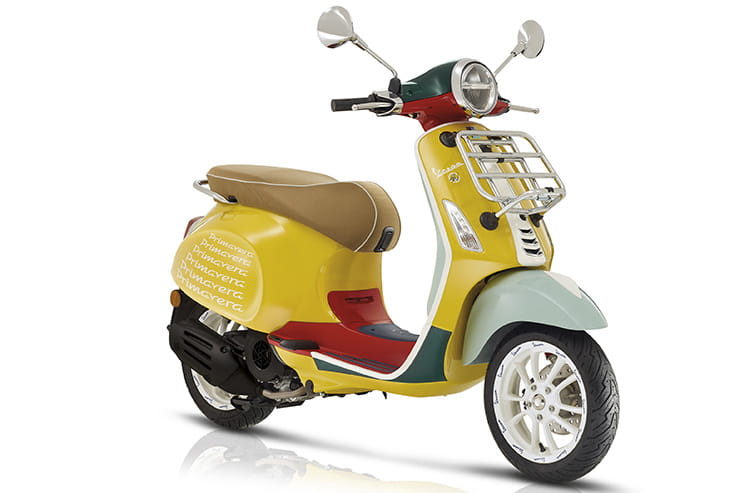 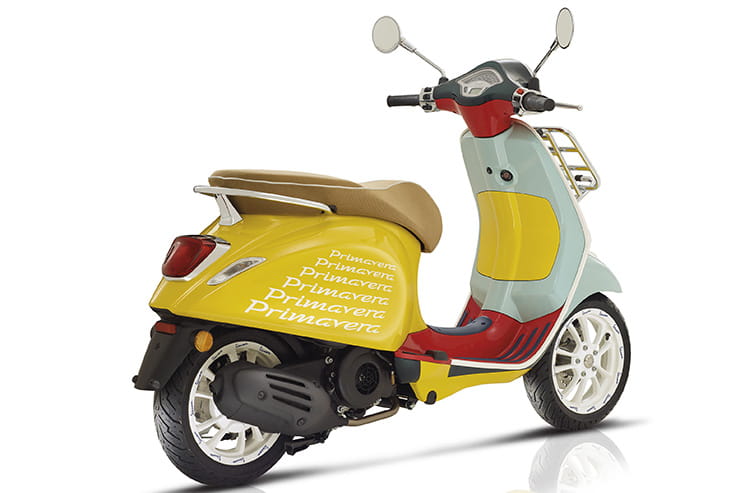 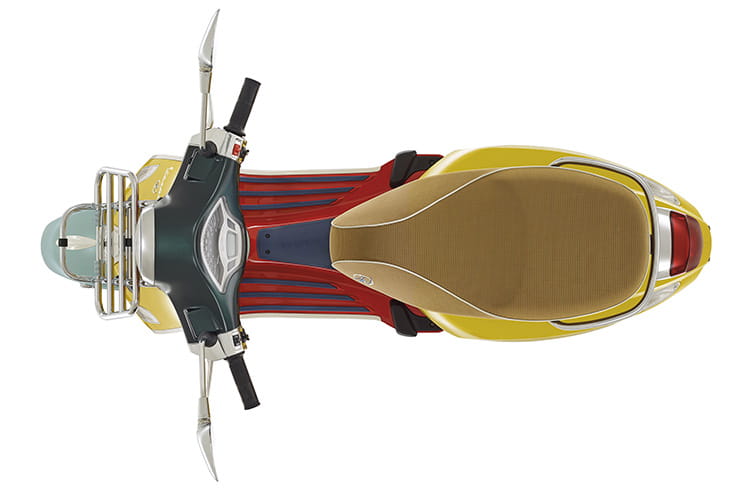 While the older members of the Bennetts BikeSocial team (me) thought this might be an homage to relatively cheap beers with a surprising selection of value meals available, a quick Google of Sean Wotherspoon – the man Vespa describes as ‘pure energy, endlessly curious, ahead of his time and an experimenter’ – reveals that he designed the Nike Air Max 1/97, apparently the most popular sneakers of 2018.

The Vespa Primavera Sean Wetherspoon is a limited-edition scooter that sees its steel body painted in ‘a new style for the young urban tribes’ after a two-month partnership between the street-wear designer and scooter manufacturer.

A selected network of dealers will be selling the Vespa Primavera Sean Wotherspoon in 50, 125 and 150cc engine sizes during 2020. 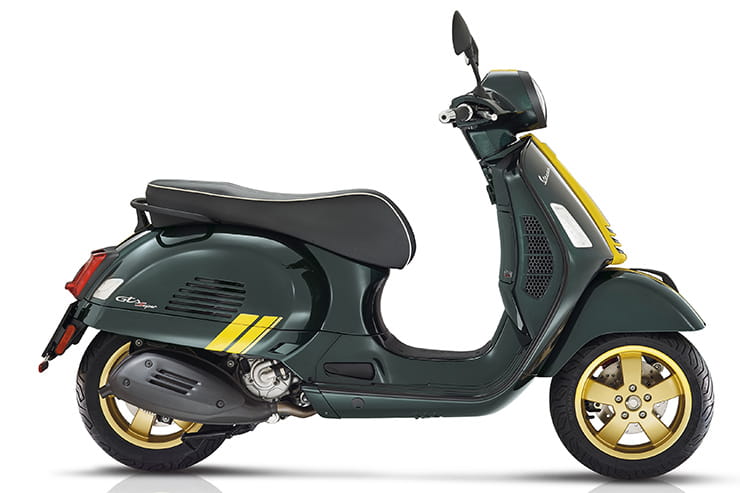 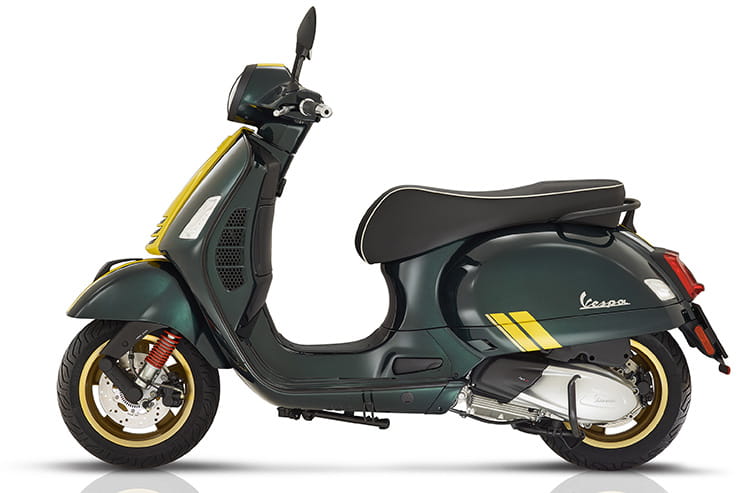 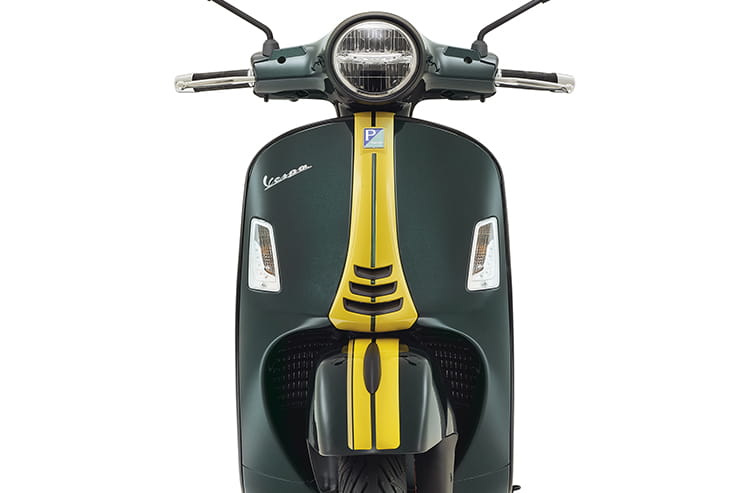 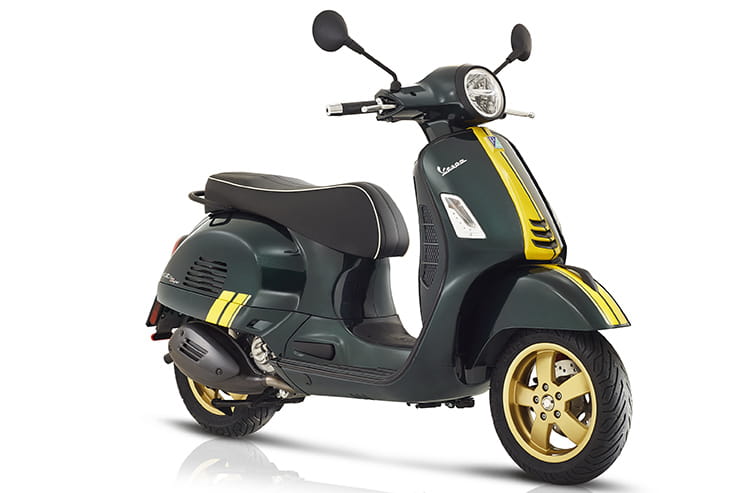 With a new seat, gold wheels (only coloured – solid gold would be too heavy) and matt-black details, Vespa says that inspiration comes from ‘the gentlemen riders’ races of the 60s, a world in which freedom of expression extended as far as the vehicle customisation arena.’ 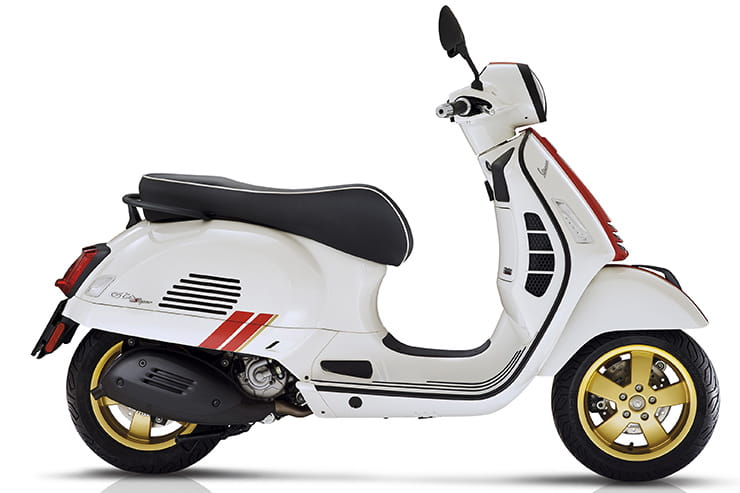 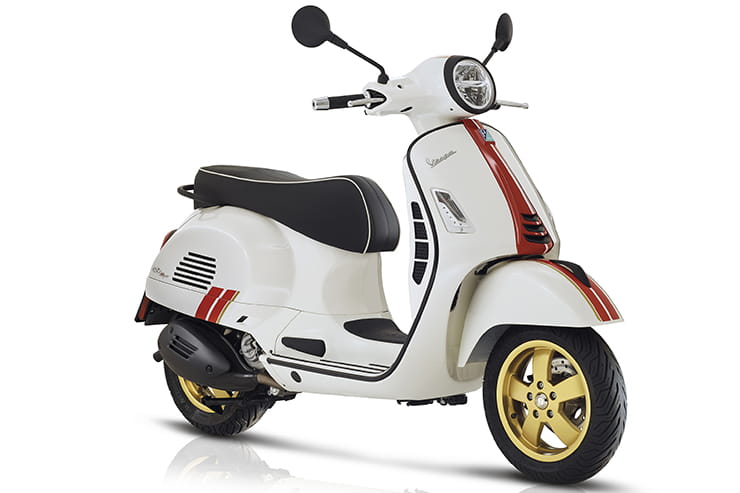 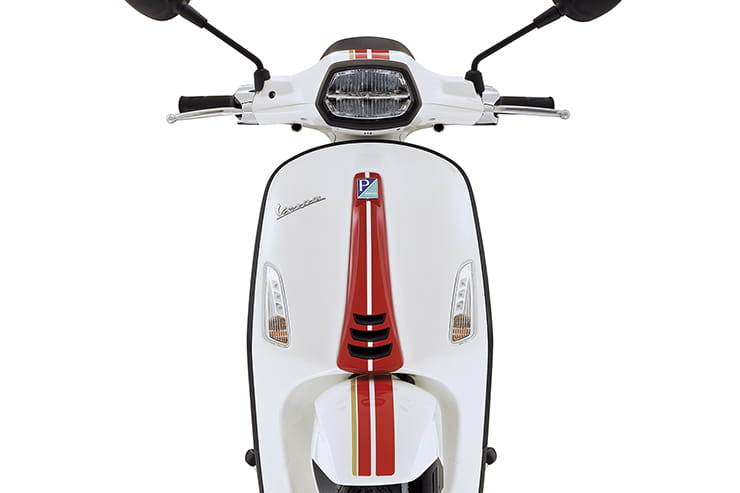