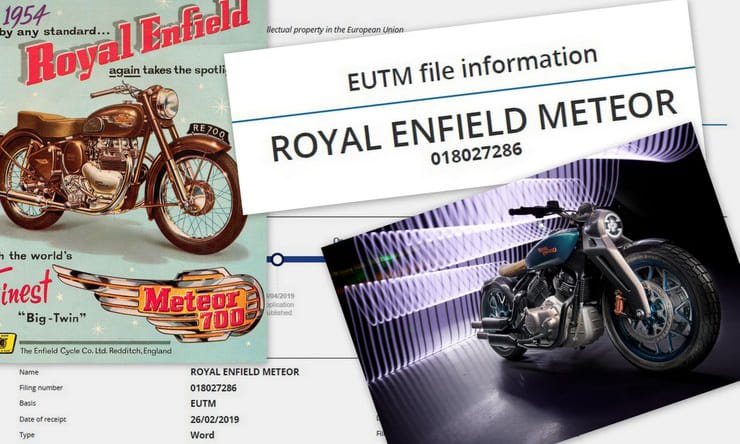 Royal Enfield is reviving the Meteor name – could it be on a new bobber?

Royal Enfield is planning to bring back the name ‘Meteor’ on a future model using the new parallel twin engine that debuted on the 2019 Interceptor and Continental GT.

The firm’s parent company, automotive giant Eicher Motors, has applied for European trademark rights to the name ‘Royal Enfield Meteor’ and wants to be able to use the title on ‘motorcycles and parts and fittings therefore’ as well as on clothing. The application was made at the end of February 2019 and published on 3rd April. The firm now has to wait until the 3rd July 2019 to give other companies the chance to object if they think the Meteor trademark would cause confusion with their own products. At the time of writing there have been no objections raised.

Just what sort of bike will Royal Enfield use the Meteor name on? That’s up for debate. The original 500cc Meteor and its 700cc Super Meteor and Constellation successors were early parallel twin Royal Enfields, made shortly after WW2, and predecessors to the Interceptor that was launched in the early 1960s. In terms of style and stance the original Meteor was very much a ‘standard’ bike, and that position is already spoken for in Enfield’s current range by the 650cc Interceptor that was launched last year.

Perhaps the most likely look for the new Meteor will be a bobber. Royal Enfield has already shown an interest in that class with the V-twin powered, 838cc Concept KX that it showed last year. At the time the company was clear that the KX wasn’t intended for production, but it could make a lot of sense to borrow the same styling and apply it to a model based on the new 650cc parallel twin motor from the Interceptor and Continental GT, creating a rival for Triumph’s Bonneville Bobber. 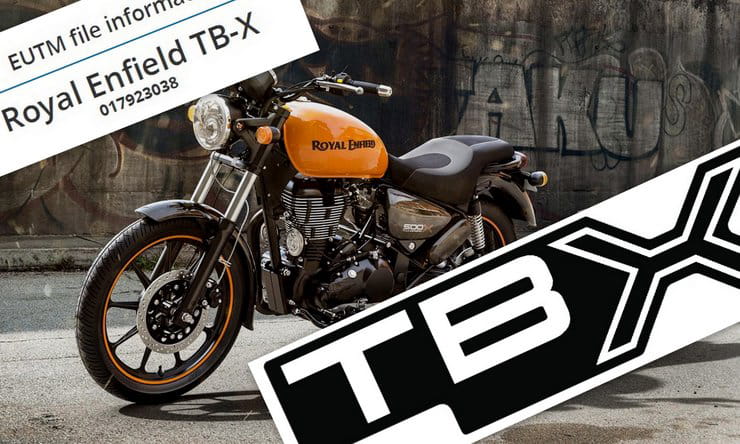 The name change is needed because of rights Triumph owns on the Thunderbird name. In the only country outside India where the Thunderbird X is sold – Columbia – it’s already called TBX.

The Thunderbird isn’t the only Royal Enfield to have trademark troubles; the new Interceptor 650 twin had to be renamed ‘INT650’ in the USA where Honda owns rights to the Interceptor name. 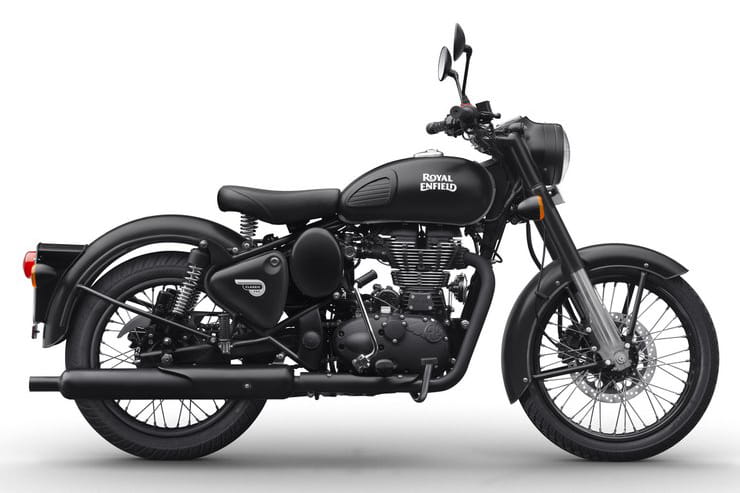 The traditional single-cylinder bikes that have been the mainstay of Royal Enfield’s range for decades are to get significant engine changes in 2020 as the firm prepares to ensure they remain viable under ever tighter emissions legislation.

Prototypes have been spotted in the firm’s native India featuring completely revamped engines and transmissions. Unlike the existing bikes to use the traditional air-cooled 350 and 500 engines – the Classic, Bullet and Thunderbird – the spied prototypes feature drive chains on the left hand side. At the moment, those models all feature right-hand-mounted chains.

That means the rear brake also has to be repositioned, swapping to the right hand side of the back wheel, and there are likely to be tweaks required to the frame and swingarm to accommodate the alterations. However, the prototypes seen so far have retained much the same styling as the existing bikes, allowing them to pass (almost) unnoticed in Indian traffic.

The switch to a left-hand drive chain could be an indication that the traditional Enfield singles are going to adopt elements of the engine and transmission used on the much more recent Royal Enfield Himalayan. That bike also uses an air-cooled single, but its 411cc motor is a much newer design than the 499cc and 346cc engines in the existing Classic, Bullet and Thunderbird. The Himalayan already has a left-hand drive chain, as do Enfield’s new 650cc parallel twin models.

It’s also been noted that the new prototypes spotted in India don’t feature a kick-start, an anachronism that the existing Bullet, Classic and Thunderbird models still cling to at the moment.