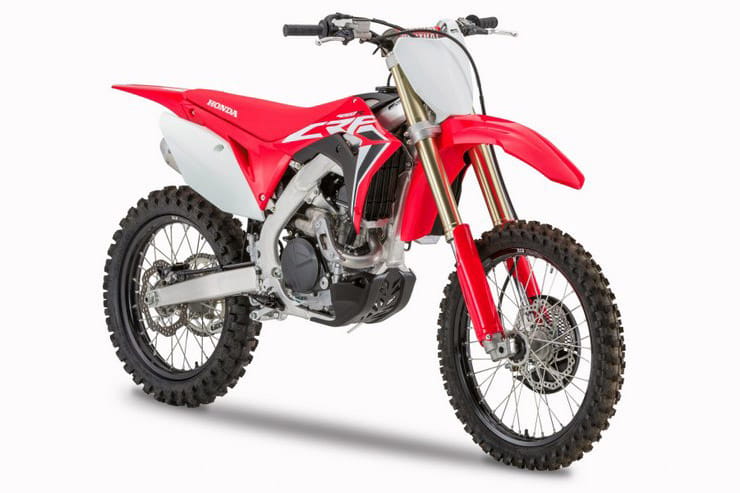 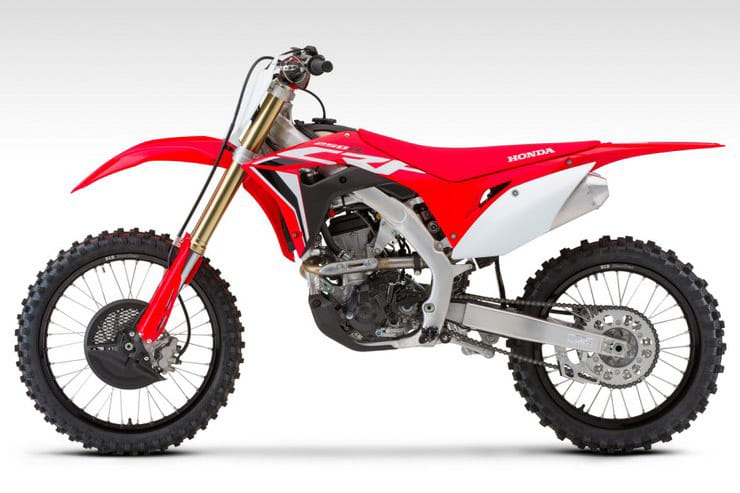 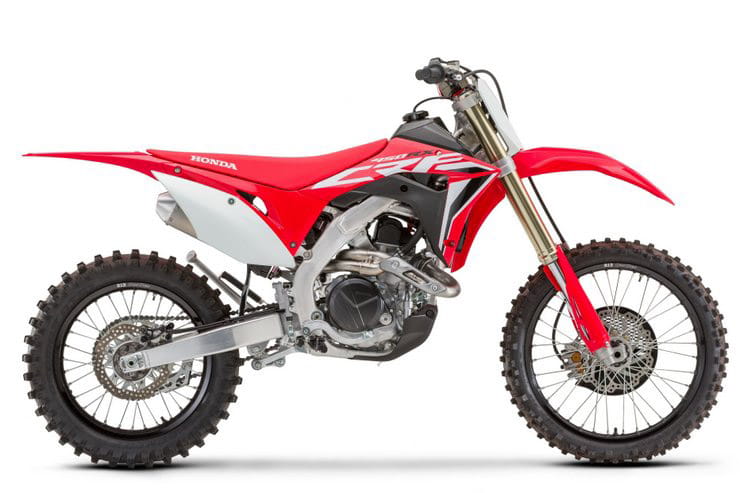 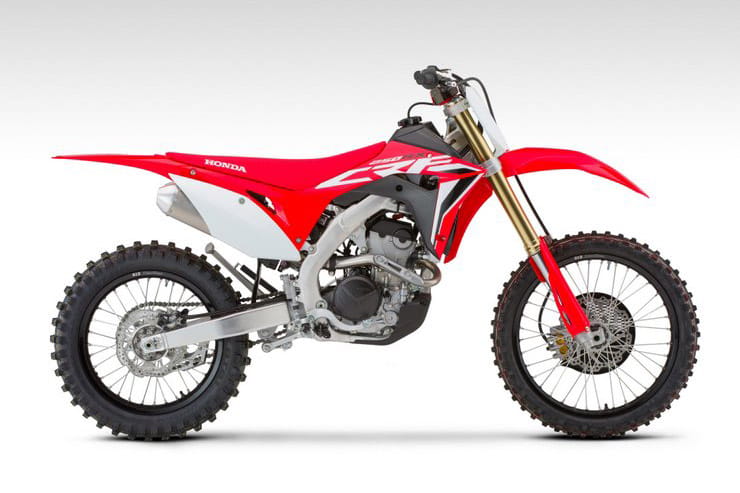 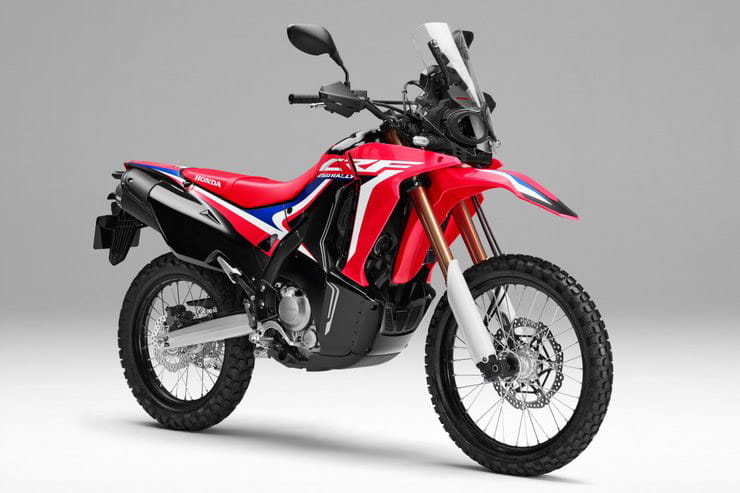 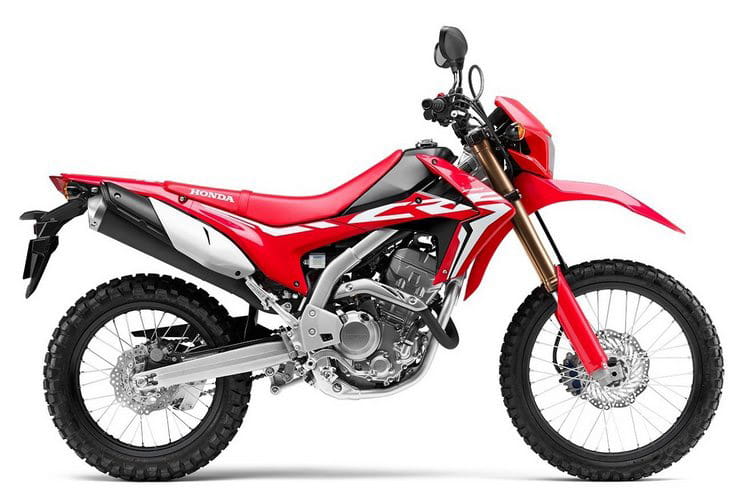 None of the changes are massive, but they represent incremental improvements for the firm’s competition off-roaders.

The CRF250R and its trail/enduro spin off, the CRF250RX, get the most significant revisions despite being completely new models just a year ago. The 250cc engines get 4% more power at 12,000rpm – peaking 1000rpm lower than before – with an 8% boost in torque, peaking at 10,000rpm, while the rev limit is dropped only fractionally to 14,300rpm. In the mid-range, torque is up by 10% at 8000rpm, illustrating the enhanced usability.

All this comes from new cam profiles that increase duration but reduce overlap, revised intake and exhaust port shapes and a new piston design. The increased power means there’s more heat to get rid of, so the radiator is also enlarged. A new exhaust downpipe design and an air filter with 10% more surface area complete the engine tweaks.

To make the most of the additional torque, the gear ratios are changed, with a smaller gap between 2nd and 3rd gears, while 3rd and 4th get a new surface treatment to improve durability. A gear position sensor means the engine also changes its ignition map depending on ratio – it has one map for 1st and 2nd, another for 3rd and 4th, and a third map for 5th gear.

Tweaks to the frame and swingarm, borrowed from the 2019 CRF450R, reduce weight by 350g and tailor the chassis flex for better handling. The suspension’s low-speed damping is also increased. Finally, new rear brake pads remove the need for a rear disc cover.

Stepping up to the CRF450R and CRF450RX, the main change is the addition of ‘Honda Selectable Torque Control’ – a traction control system that works alongside the existing launch control to minimise wheelspin. Rather than using wheel speed sensors it measures how fast the engine speed changes, altering the ignition and injection settings if the revs rise too fast, suggesting the wheel is spinning. As you’d expect, there are settings to alter how early the system intervenes, with a single bar-mounted button cycling through the three stages and an LED to indicate which one you’re in. It can also be turned off entirely.

The CRF450R and RX also get the same rear brake improvements applied to the 2020 CRF250R.

All the bikes also get new graphics for 2020, as you’d expect, and those colour changes are replicated in the CRF450L enduro model. The CRF250L and CRF250 Rally will also be offered in a new ‘stealth’ black colour option.