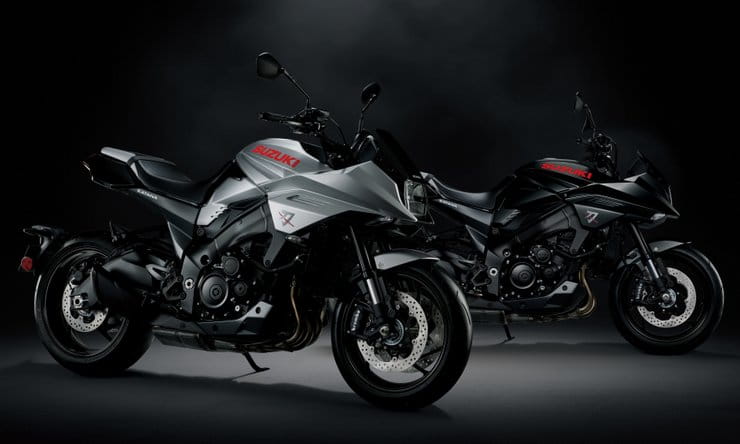 Suzuki’s new Katana will cost £11,399 when it reaches dealers this spring and buyers will be able to opt for an additional £999 ‘Samurai’ accessory pack.

The bike is based heavily on the existing GSX-S1000 which shares the same engine, chassis and suspension, but it’s £1300 more expensive than the naked GSX-S1000 and £1100 more than the faired GSX-S1000F. For that extra cash, you get not only the iconic Katana name and styling but also tech including LED lighting and an improved instrument panel borrowed from the GSX-R1000.

The optional Samurai accessory pack delves into the options catalogue to add a fly screen, a red-and-black seat instead of the stock silver-and-black one, a carbon-effect front mudguard and matching engine covers, a tank pad, a fairing decal and red wheel rim tape. It might not seem like a huge amount for the £999 additional cost, but that actually represents a £383 saving over buying the parts individually.

Suzuki is currently carrying out a Katana roadshow, touring dealers around the country with example of the bike so customers can take a closer look even before the Katana is officially on sale. There’s a full list of participating dealers and the dates that the Katana will be on display at them on Suzuki’s website here.

For more details of the Katana itself, see Suzuki’s official page here.