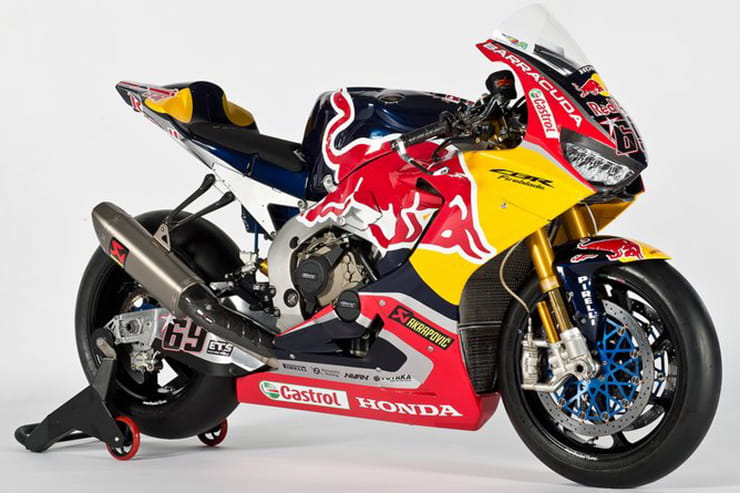 The last race bike to be used by Nicky Hayden before the tragic bicycling accident that took his life has gone up for sale by his former WSB team, Ten Kate Racing.

The Fireblade SP2 was last raced by Hayden at Imola in May 2017, just three days before he was hit by a car while cycling. It’s on the market for €95,000 (£81,228), which is either a huge amount of money for an obsolete race bike or a bargain for a piece of history, depending on your viewpoint. Given that Ten Kate is also offering the 2018-spec WSB Fireblades raced by Leon Camier and Jake Gagne for €85,000 apiece (£72,707), the premium for the Hayden machine doesn’t seem unreasonable.

The bike’s former history is what creates its value, but it’s not short of high-spec parts. The engine is a Ten Kate Racing unit with a Cosworth race kit, and the electronics are also the result of a collaboration between Ten Kate and Cosworth. Suspension is Ohlins WSBK equipment and the brakes are similarly high-spec Nissin calipers on Yutaka discs. While ostensibly a production bike-based series, WSBK allows significant modifications so the frame is a substantially braced version of the Fireblade’s chassis and the swingarm is a Ten Kate’s own design built specifically to Hayden’s spec. The list of high-end parts is completed with the Marchesini wheels and Akrapovic exhaust.

If your wallet is thick enough and there’s a gaping hole in your garage for a piece of unrepeatable racing memorabilia, contact Kevin Bos at Ten Kate Racing.