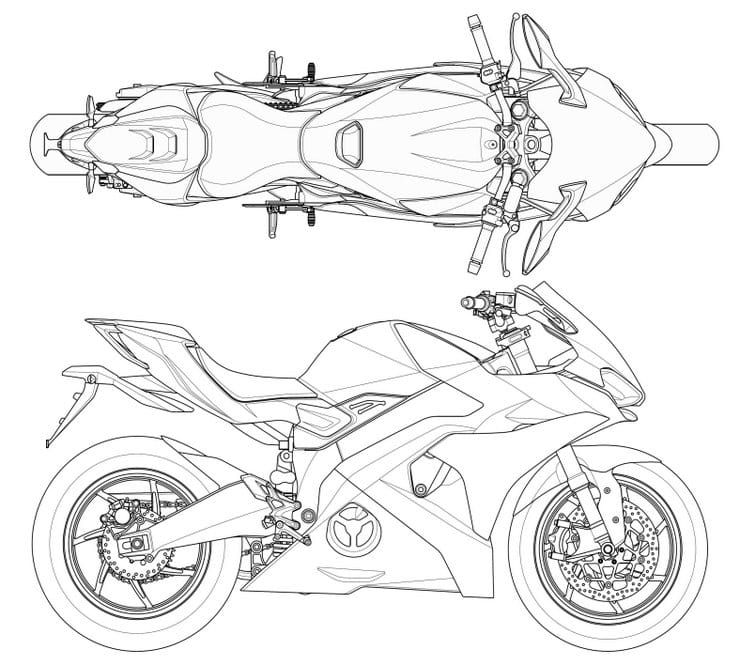 Kymco’s SuperNEX electric sports bike was one of the enigmas of last year’s EICMA show in Milan. The firm made big performance claims for the bike but it remains unclear whether it’s a concept, a prototype or something that’s heading for production in the near future.

Now Kymco has filed design patents for the machine and, in an apparent slip-up, has included a whopping hint that it’s also sketched out an unfaired streetfighter version of the same machine.

Just look at the picture above and you might spot the mistake. Seen it yet? Yes, those tall, wide handlebars would smack the brake and clutch levers straight into the mirrors as soon as you try to negotiate even the slightest bend.

The bars don’t appear on every image in the new design patent. As you can see in the image below, from some angles the SuperNEX designs feature the same clip-ons that were used on the EICMA show model. Those bars make much more sense, fitting into the cutaways in the fairing and allowing movement. So where have the tall, wide, one-piece bars that feature on other images come from?

These design patent images tend to be created from CAD models, which allow parts to be added or removed. We often see them with occasional pieces missing where someone has forgotten to include them, but it’s unusual to see completely wrong parts put in their place. It seems that Kymco may have accidentally included the bars from an unseen naked version of the SuperNEX instead of the clip-ons.

However it’s happened, it’s clear that a bike like this but with high, wide bars has been designed.

The only other change worth noting on the bike is that the fairing’s outer side panels, which were made of a transparent material for a futuristic look on the show bike, appear to be conventional, solid parts on these drawings. It’s actually an improvement, giving a cleaner look.

As to whether or when we see a production version of the SuperNEX, that’s still a mystery, although the presence of elements like mirrors, indicators and a licence plate bracket mean it’s not hard to imagine the bike in showroom form. Kymco’s claimed specs include a 0-62mph time of 2.9 seconds, and a 155mph top speed that the bike can hit in just 10.9 seconds. Those numbers would make it among the fastest electric bikes available if a production model ever emerges. 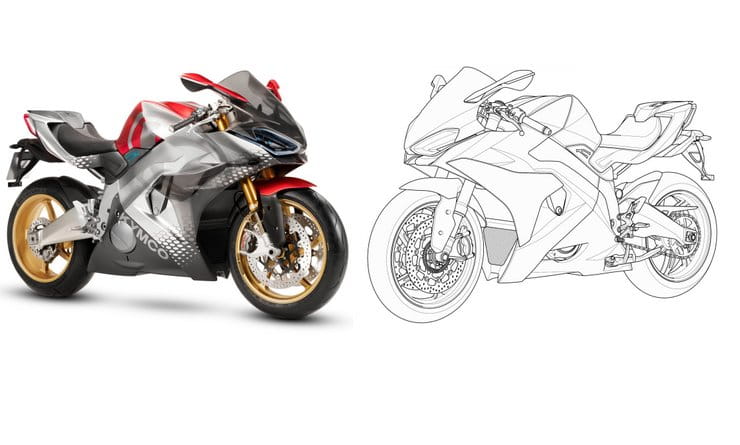