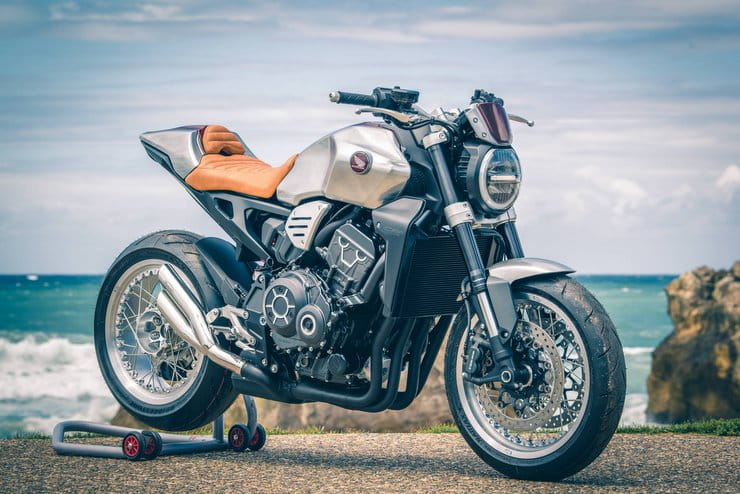 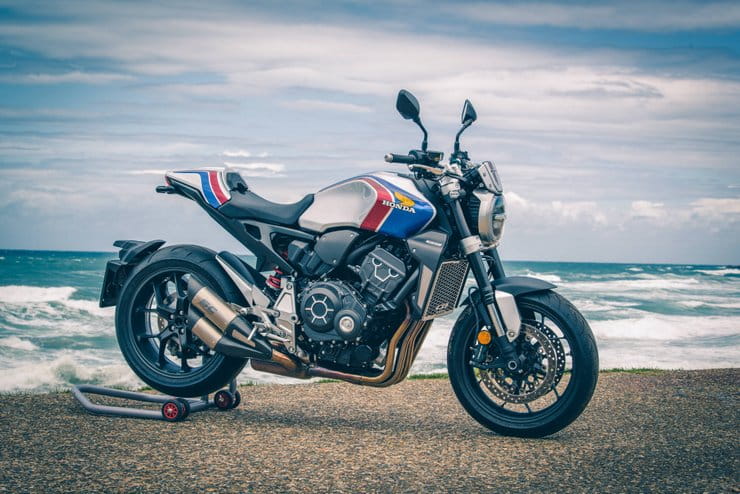 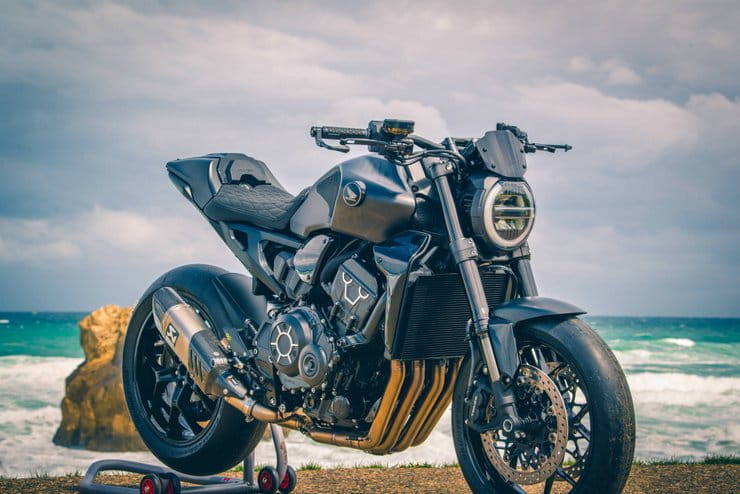 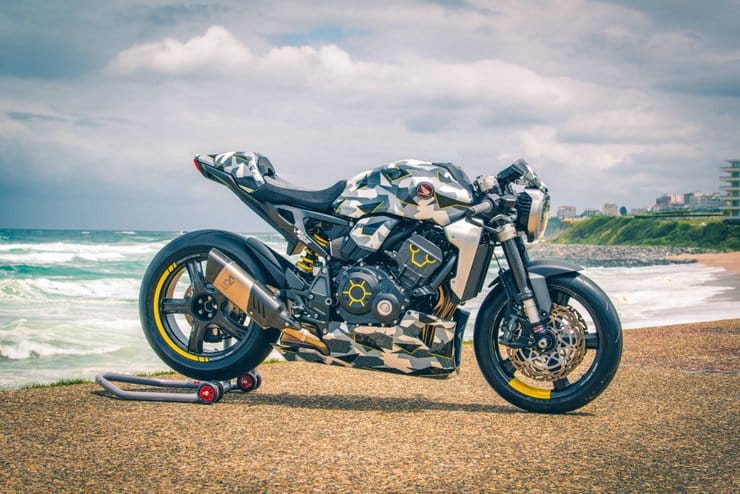 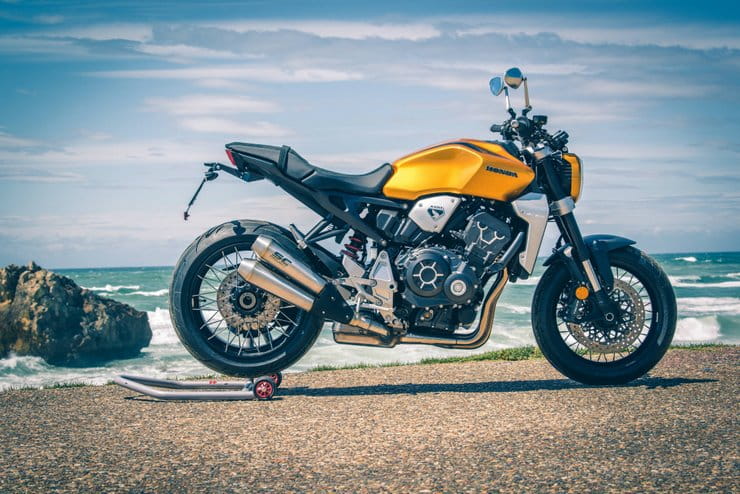 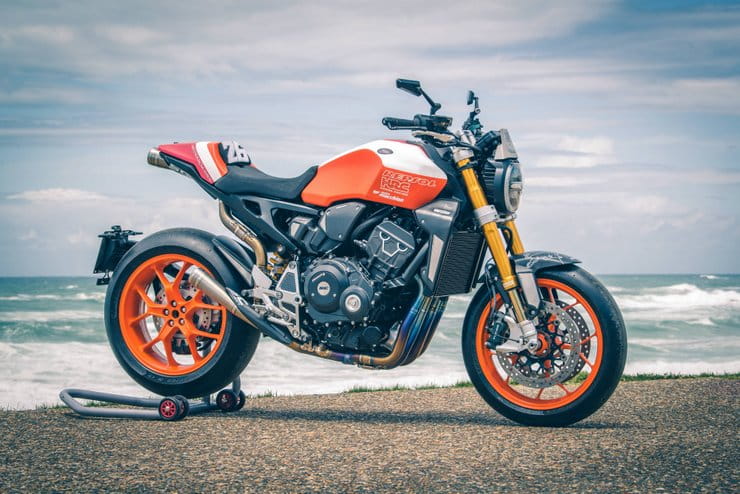 Honda has marked the 50th anniversary of its first production four-cylinder motorcycle – the CB750 – with a dozen one-off CB1000Rs made by dealers and custom shops around Europe.

Above you can see ‘Cafe Chic’ by Horizon Racing Vergy 95 in France with brushed alloy bodywork and wire wheels, Honda Europe’s own Limited Edition CB1000R in tricolour paint, and the ‘Black Edition’ by 3C Motos in Biarritz, France. Then there’s the ‘CB1000R-adical’ by Gannet Design and Fuhrer Moto in Switzerland, with camo-style paint and carbon wheels, Honda Italia’s ‘Tribute’ with gold paint and wire wheels, and finally Italian firm Moto Macchion’s ‘Dani Pedrosa replica’ in Repsol-style paint. 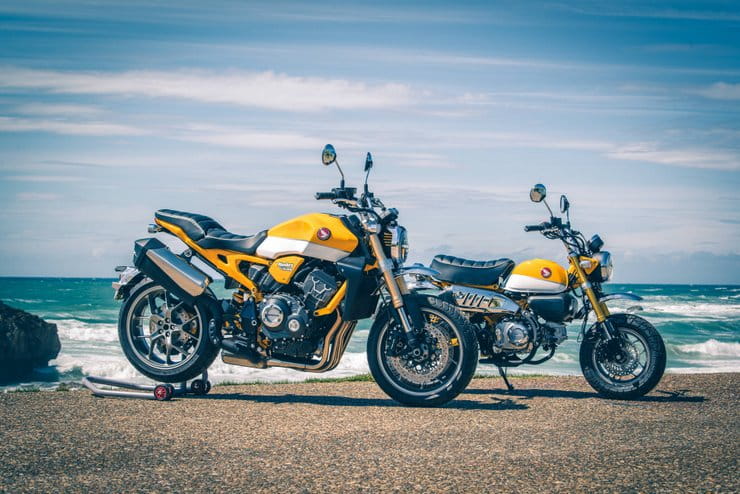 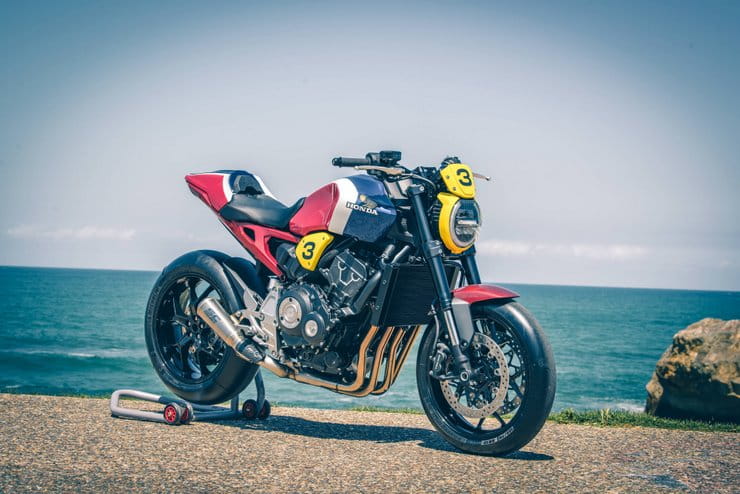 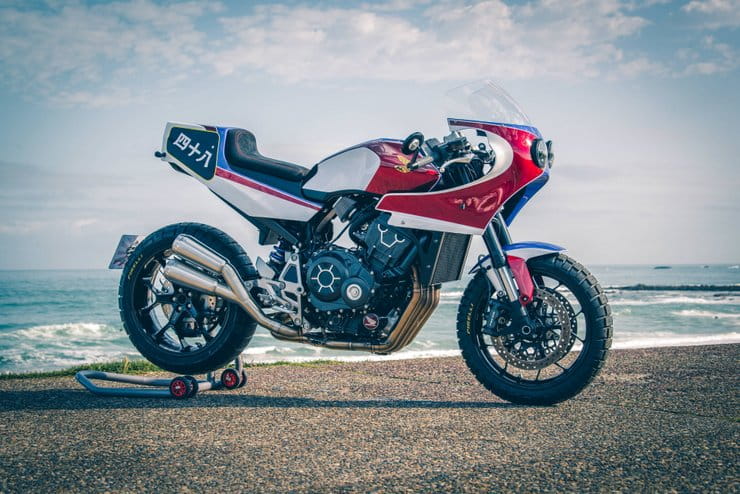 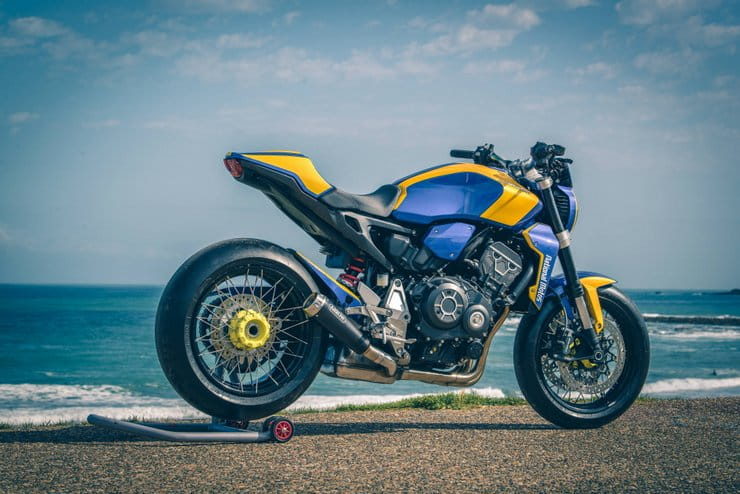 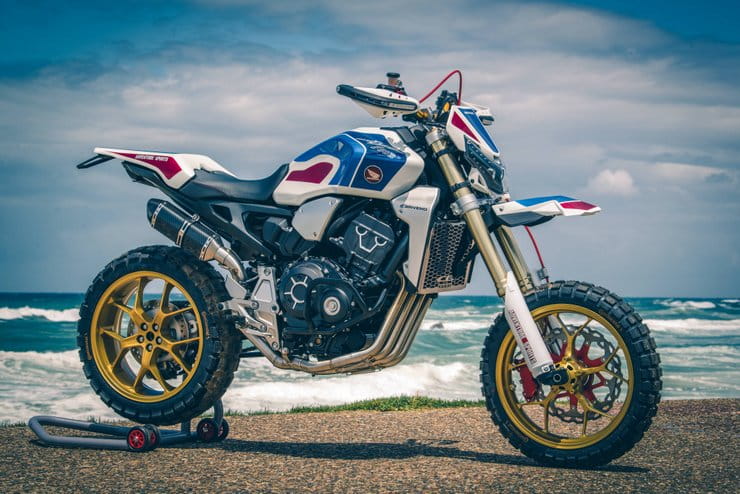 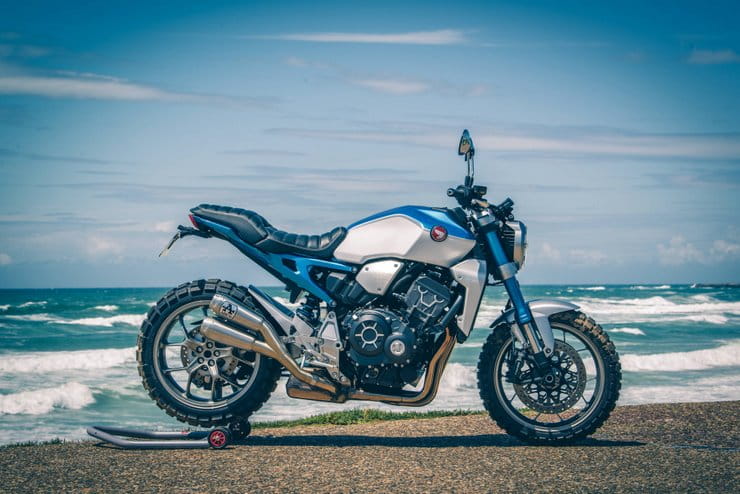 National Motos in France used the 2006 Le Mans winner as inspiration for its blue-and-yellow creation, another bike to add wire wheels to the mix, while Swiss dealer Brivermoto Motors made the maddest version of all with its ‘Africa Four’.

Finally there’s another Monkey-inspired bike, the ‘Monkey 1000R’ by Werther Honda in Nice, France, with blue-and-white paint and parts from the Monkey 125 including its bars and mirrors.

We’d be very surprised if Honda doesn’t make more of the 50th anniversary of its heritage of four-cylinder bikes, and particularly the CB750, when it comes to the big bike shows towards the end of this year. Could any of these bikes hint at limited-edition production models?