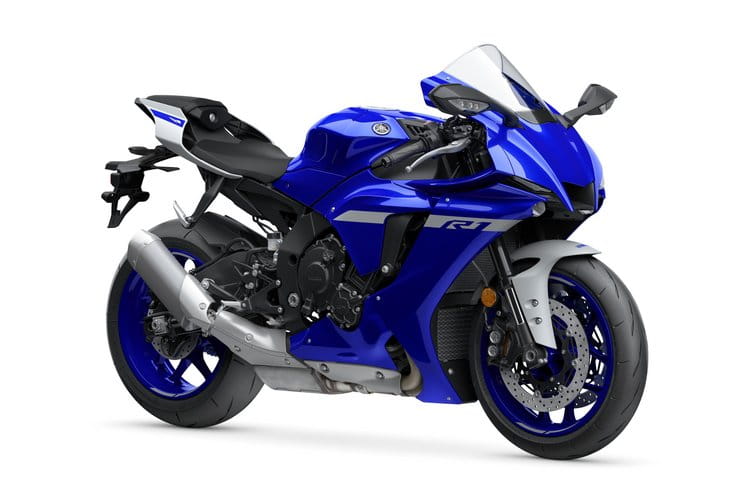 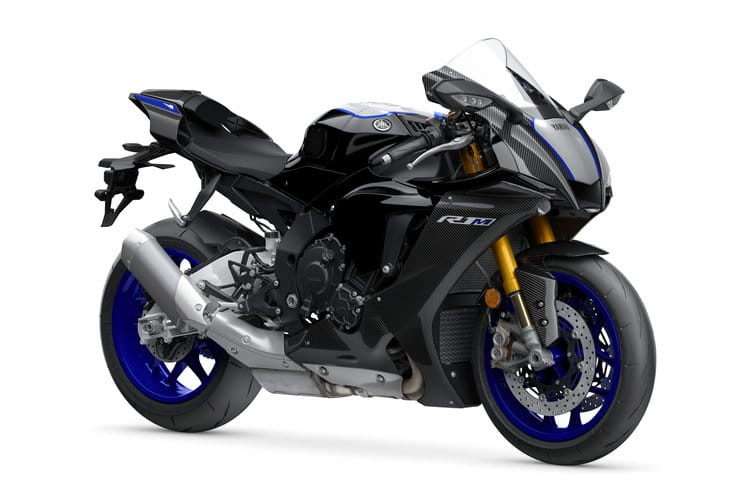 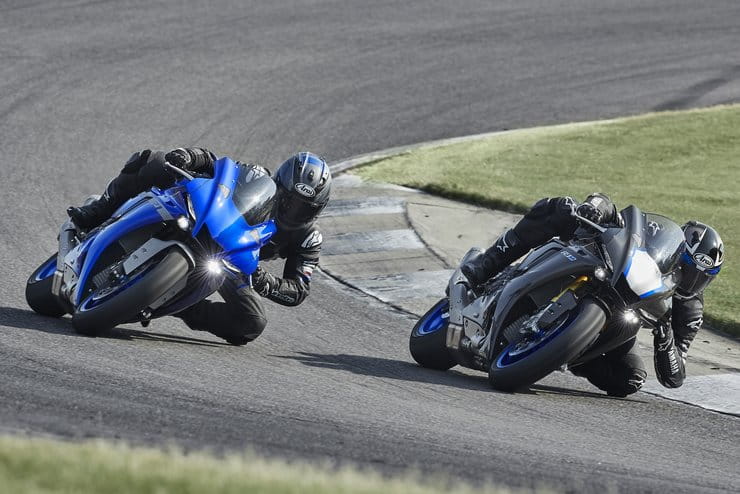 The changes might not be revolutionary but Yamaha has given its 2020 YZF-R1 and YZF-R1M a significant revamp to face down both stricter emissions rules on the road and tougher rivals on the track.

New styling, revised suspension, improved electronics and a reworked engine mean that despite sharing its bare bones with the existing model, the updated R1 promises to be a vastly improved package. 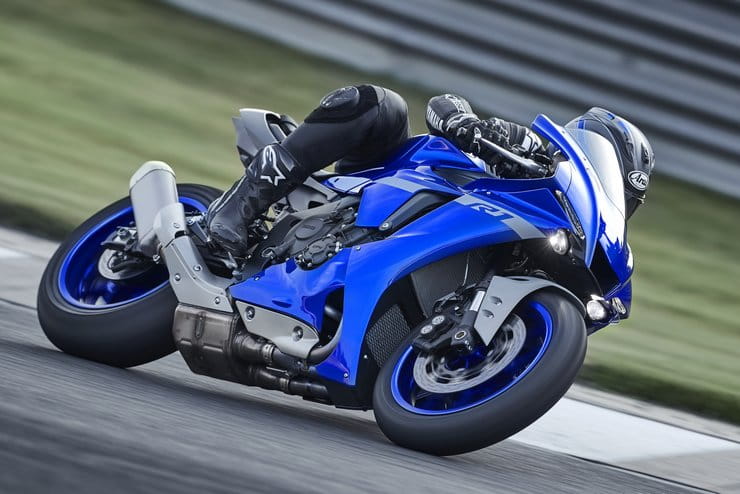 Those styling changes might not be instantly apparent, but in fact Yamaha has altered virtually every body panel on the R1. Signature elements including the MotoGP M1-aping nose intake shape and the twin, round headlights below the nose remain, but they’re mounted on a reshaped front end. Below sit redesigned side panels that now flow into the fuel tank, which itself has a reshaped front section. The stock R1’s tail is basically unaltered, but the front-end changes provide a claimed 5% improvement in aerodynamic efficiency.

On the more expensive R1M, the tail is also new, since it’s made of carbon fibre for 2020 rather than just plastic. As with previous R1Ms, the front bodywork is also carbon.

The headlights are LED, as are the updated position lights above them, while the air duct in the front is now made of aluminium to provide more rigidity to the bodywork. Metal is also used in the bellypan; that section covering the exhaust is actually made of titanium. 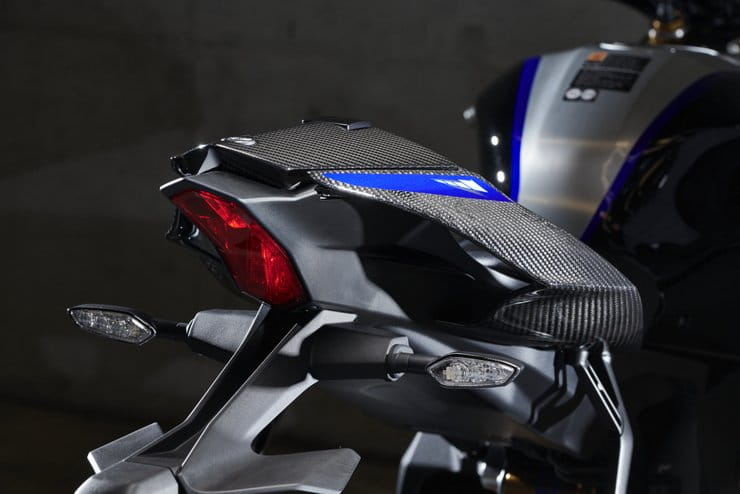 The engine updates are aimed at improving both emissions and performance. Yamaha says the uprated motor now passes next year’s Euro 5 emissions rules – making it one of the first machines in its class to do so – but the motor’s output isn’t reduced. Yamaha is still claiming 200PS (197bhp), the same as the 2019 model. That’s a little below the level of some of its rival but of course we’ve yet to see how they’ll react to the new emissions limits.

To retain the power, Yamaha has changed the camshafts and added new finger-followers, redesigned the intake and cylinder head, moving the throttle valves closer to the combustion chambers and repositioning the fuel injectors, which themselves are a new design offering a wider spray. The exhaust is new, too, with four catalytic converters and changes to the silencer and heat shields to reduce noise levels, while the exhaust valves get better cooling from reworked coolant passages in the cylinder head.

Tweaks to the bottom end of the engine include revised crankshaft lubrication and a more efficient transmission. 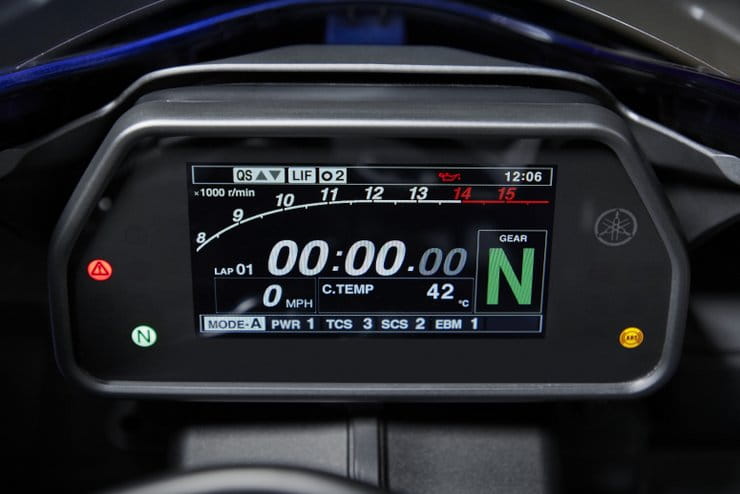 Electronics are a key factor in any modern superbike, of course, and Yamaha has uprated the 2020 bike to include an updated ride-by-wire throttle that gives better feel and lighter action. The brakes also get a boost from a new ‘Brake Control’ system that allows the rider to pick between two modes for the ABS. ‘BC1’ mode fixes the ABS sensitivity, while ‘BC2’ alters it constantly to react to the bike’s lean angle and attitude. There’s also a new Engine Brake Management (EBM) system that offers another three rider-selectable modes – high, medium or low – reflecting the level of engine braking that the bike provides on a closed throttle. The brakes also benefit from new pad material that improves stopping power, allied to uprated Bridgestone Battlax RS11 tyres.

Finally, the launch control system is tweaked to improve race-style starts, activating at 9000rpm with 41 degrees of throttle opening. The TFT instruments are mildly updated to include additional displays to reflect the increased number of available electronic settings. 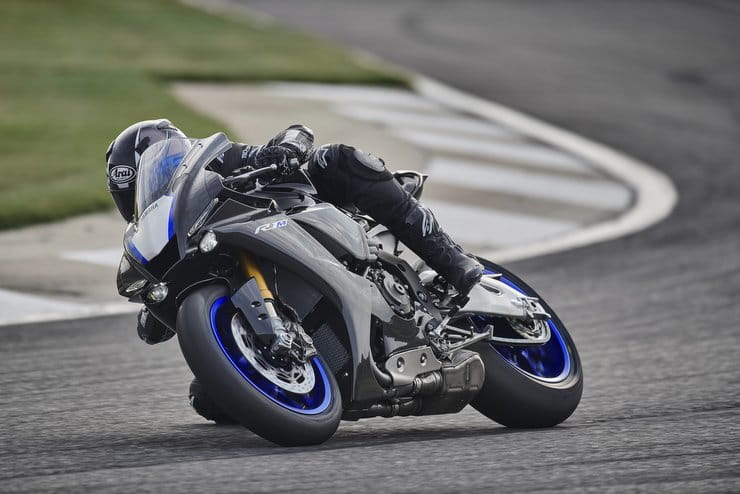 On the chassis side, Yamaha hasn’t gone mad with the updates, instead refining what was already there. The base-model R1 gets tweaked damping settings for its 43mm Kayaba forks, along with a lower spring rate, plus a revised rear shock and an uprated steering damper.

The base model 2020 YZF-R1 will go on sale in September this year, while reservations for the limited-edition YZF-R1M will open via an online system on 25th July, with full details including price revealed nearer that date. Each of the R1Ms will be individually numbered on the tank to reassure owners of their limited-edition status.

Meanwhile, the 2020 Yamaha YZF-R1 and YZF-R1M, unveiled this evening at Laguna Seca, will make their European debut at round six of the Bennetts British Superbike Championship next weekend at Snetterton, displayed in a special Yamaha village throughout Saturday and Sunday. 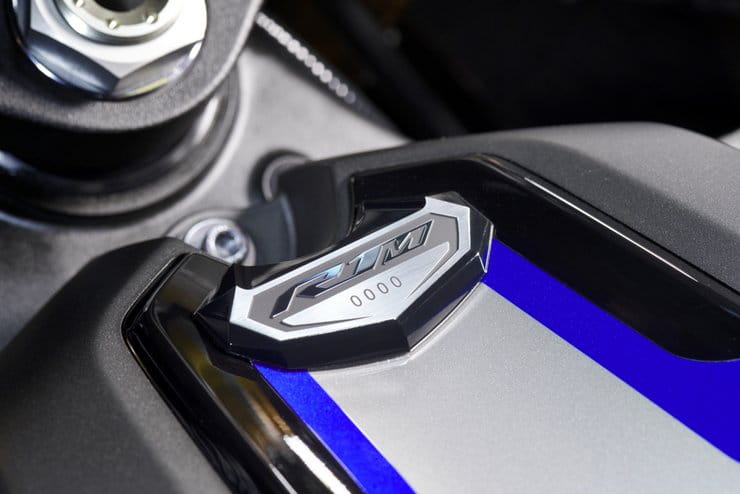