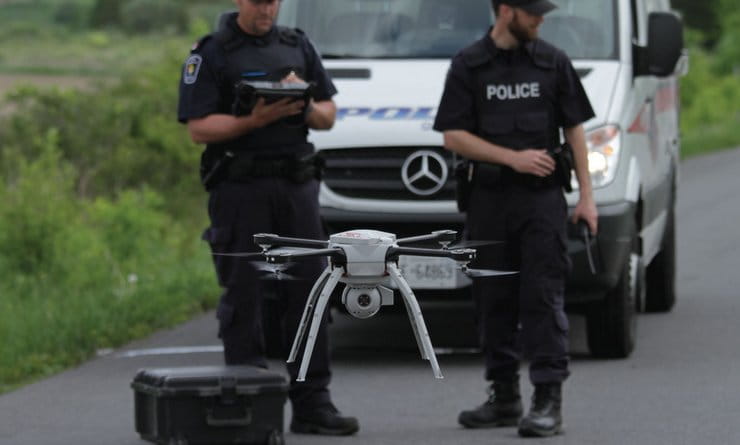 It was inevitable, really. Drones have been used for years by the military for surveillance purposes and they’re increasingly affordable and easy to use, so now the Met Police is to start trials of a drone to monitor road users.

The first tests are to take place between 22nd and 26th July. At the moment the official line is that it’s not being used against all speeders, just the most dangerous drivers who pose a genuine threat. The drone – expected to be an Aeryon Skyranger as pictured here and used by police in other countries – will be used to relay information about offenders and their vehicles to officers on the ground, who will use conventional methods to catch and deal with the suspects.

The test is part of London Mayor Sadiq Khan’s ‘Vision Zero’ initiative, which hopes to eliminate road deaths in the capital by 2041.

The Aeryon Skyranger is a drone already used by the military and police forces around the world. It can operate in extreme weather conditions and high winds of up to 55mph, and carries a high-resolution camera with a 30x optical zoom capable of spotting ‘targets’ from as far as 5km away. It can also be equipped with thermal imaging tech. With a flight time of around 50 minutes, it’s able to venture as far as 3km from its operator (rising to 10km with an optional directional antenna), and at heights of up to 15,000ft above sea level.

Although the drone itself is only good for around 30mph its ability to take a direct route rather than following roads and the fact it’s camera-equipped means drivers aren’t going to be able to get away simply by putting their foot down. In truth they’re unlikely to even see the drone in the first place.

Road safety lobbies have already welcomed the Met Police trials, but there’s no question that there’s something ‘Big Brother’ about being watched by unseen eyes in the sky. If the Met’s trials are a success, drones could become a common tool for road traffic policing. Relatively low cost and ready availability means it’s easy to foresee squadrons of them in use within a fairly short time.