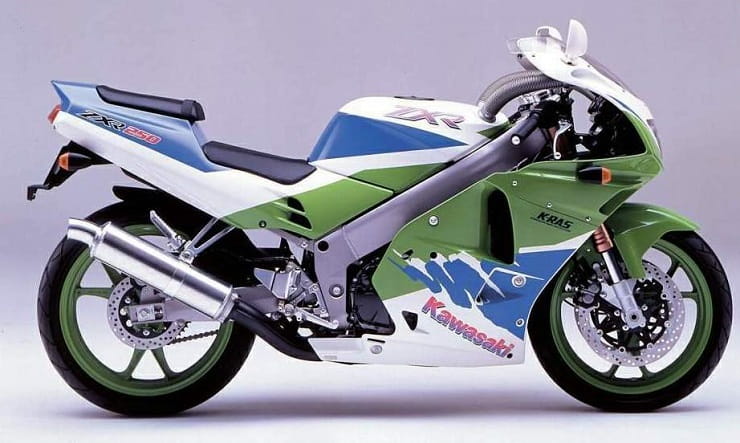 Rumours are swirling around the internet with the tempting suggestion that Kawasaki is preparing to launch a new 250cc four-cylinder sports bike. Such a move would be revolutionary – creating a bike in a class of its own – but is it really viable for Kawasaki to make a ZX-25R?

The rumour suggests Kawasaki is readying the 250cc four-cylinder in Indonesia, where it already has production facilities. The theory is that the bike could be viable because the Indonesian motorcycle market is enormous – around 6 million bikes are sold there each year – and the country’s licence laws put a break at 250cc, so the vast majority of bikes sold there are below that size. At the moment, nobody offers a four-cylinder 250cc sports bike, but the argument is that there’s a growing number of affluent Indonesian riders prepared to pay for a relatively high-performance, four-cylinder bike that stays under the 250cc mark. Similar conditions existed in Japan in the 1980s, when there was a brief proliferation of 250cc four-cylinder sports bikes from all four main bike firms – the Honda CBR250RR, Kawasaki ZXR250, Yamaha FZR250 and Suzuki GSX-R250, as well as derivatives including the Kawasaki ZZR250 and Suzuki Katana 250.

So the idea of an Indonesian-market 250cc four makes some sense, but let’s add a word of caution here; the rumours of a 250cc Kawasaki four can be traced back as far as 2014, and five years there’s still no concrete evidence of the bike’s existence.

If – and it’s a big if – Kawasaki is making a ZX-25R for Indonesia, there’s very little chance that it will be sold on other markets. Indonesia’s emissions laws lag far behind much of the world. They’re equivalent to Euro 3 standards at the moment, while we’re moving on to Euro 5 soon. Euro 4 limits, introduced in Europe in 2016, proved a massive headache for makers of 600cc four-cylinder sports bikes because it’s particularly tough to get high-revving, small-capacity engines to pass. A 250cc four – which would rev to somewhere around 20,000rpm – would be near-impossible to squeeze past Euro 4, let alone Euro 5.

If Kawasaki is making a 250 four for Indonesia, chances are it will be basing the engine on the design used in the long-deceased ZXR250 (pictured). Resurrecting an old engine, with some modifications like fuel injection as a nod to emissions rules, would be vastly cheaper than starting with a clean sheet.

At the moment, the Indonesian rumours are reaching fever pitch, with some barely credible claims appearing in terms of the spectral bike’s potential power. Figures as high as 60hp have been mentioned, but seem hard to believe; with vast R&D investment and unfettered by emissions limits, the old ZXR250 made 45hp, which seems a much more realistic figure for a new version as well.

If the rumoured ZX-25R ever happens, it will be a fascinating machine to see, although we’re very unlikely to get the chance to buy or ride them in Europe. For that screaming 250cc experience there are still plenty of old grey-imported Japanese market 1980s machines out there, though…