Silverstone resurfacing a success but they’re not finished yet 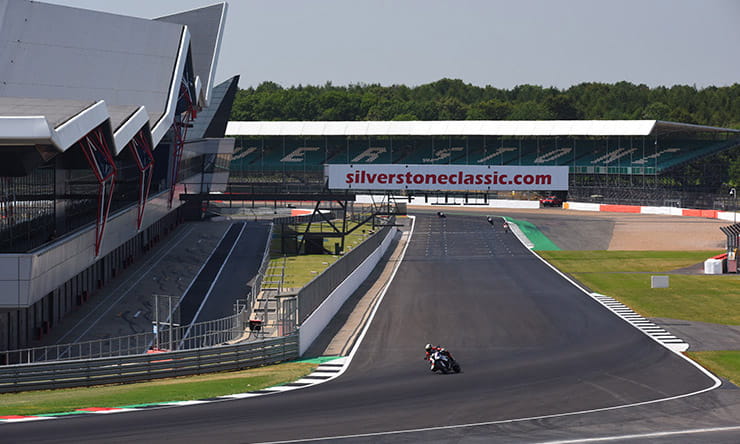 After the disastrous British MotoGP event at Silverstone last year, cancelled courtesy of the weather contributing to drainage issues on the then recently resurfaced circuit, the ‘Home of British Motor Racing’ has since spent a reported £5m on a second resurfacing. The final layer was only rolled two weeks before the Formula 1 race there earlier this month and there’s still a little fine-tuning to be undertaken ahead of the British round of MotoGP, 23rd – 25th August.

Other than the new asphalt, which is said to be better quality than Heathrow’s runway, two of the Grand Prix circuit’s characteristics have also been slightly adjusted to aid drainage and circuit flow. An increase in positive camber at Copse, T1 on the MotoGP layout, coupled with a narrowing of the still wide Hanger Straight shouldn’t be detrimental on lap times.

A spokesman confirmed to BikeSocial that work is due to commence next week to iron out the bumps at the end of the Wellington Straight into the hard-braking area at the left-hander called Brooklands. It’s this section of the 3.66-mile circuit that Renault Formula 1 driver, and motorcyclist, Daniel Ricciardo, referred to when saying, "It's still really bumpy in some areas. I don't think the MotoGP guys are going to like Turn 6. They're going to kick up a fuss. For us it's alright, but the rest [of the track] seems pretty decent." 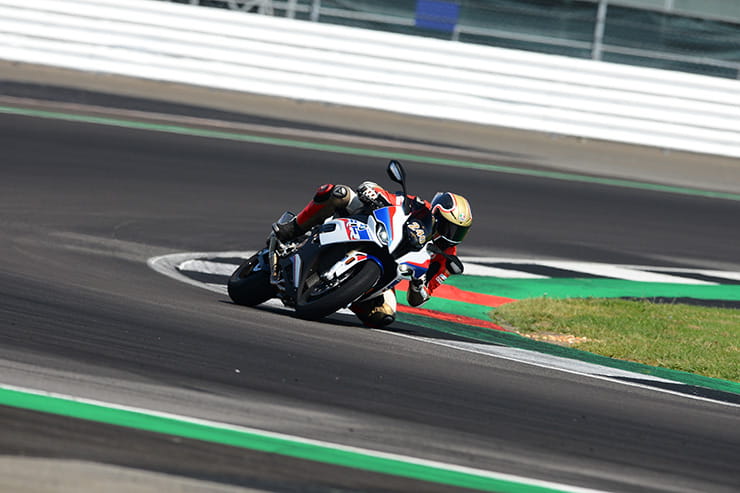 BikeSocial got to ride the circuit last week during a Silverstone Bike Track Day, as one of the first motorcyclists to test the newly surfaced circuit, and it impressed. Riding our long-term loan BMW S1000RR on standard Metzeler Racetec RR’s, the level of grip (once the tyres were warm) was excellent without much in the way of tearing. With 203bhp available, the BMW remained sure-footed and only began to slide without control during the fifth track session of the day after plenty of punishment. Initially, a few darker patches of tarmac and anything off the main line didn’t offer much confidence at first glimpse but as the day progressed, confidence grew with the increase in grip and temperature, and overall I’d deem it a success.

It’ll be interesting to hear what the MotoGP riders have to say after FP1 on Friday 23rd August.

See our on-board lap of the newly resurfaced Silverstone GP circuit below...