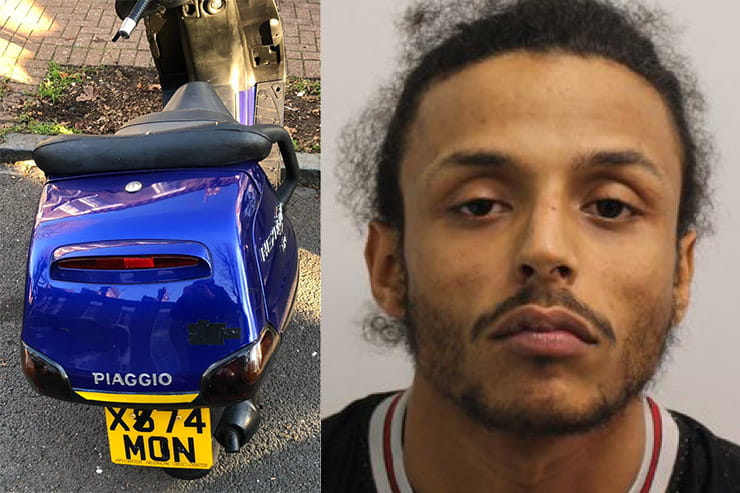 Michael Ahmed attempted to disguise his scooter’s numberplate with tape

A London scooter rider who committed robberies while disguised in a Deliveroo uniform, has been jailed.

Michael Ahmed, 25, of Grayshott Road, Wandsworth, was sentenced to five years at Southwark Crown Court for robbery, five years for attempted robbery and four years for possession of a firearm. He had previously pleaded guilty to the offences, and the terms will run concurrently.

While committing his crimes, Ahmed wore a Deliveroo jacket and carried a Deliveroo delivery bag, hoping to deter police from stopping him. It has been confirmed that he had no affiliation with the company.

Hoping to avoid detection through police and ANPR (Automatic Number Plate Recognition) cameras, the criminal also put insulation tape over one of the letters and one of the numbers of his scooter’s registration plate. 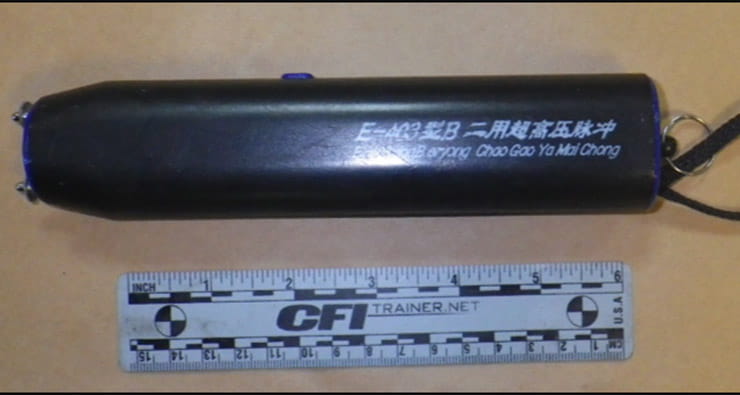 Ahmed threatened his victims with a Chinese stun device

Shortly after midnight on 30 November 2018, Ahmed got off his scooter on Lancelot Place in Westminster and walked up to a 17-year-old youth who was parking his car. Ahmed threatened the youth with a stun device (classed as a firearm) and demanded his watch. The victim ran away as Ahmed began searching the inside of the car and took the car keys before leaving.

A short time later, Ahmed pulled up outside Carlton Tower on Cadogan Place in Kensington and Chelsea and approached a 25-year-old man who was parking his car. Ahmed demanded that the driver give him everything he had and tried to touch him with the stun device. A struggle ensued and the victim felt a sharp pain in his right hand. He managed to disarm Ahmed, who ran back to his moped and fled.

Detectives from Operation Venice, which is dedicated to tackling moped and scooter-enabled crime, took DNA from the recovered stun device and positively identified Ahmed as the perpetrator of both crimes.

Officers also searched an address in Wandsworth that was known to be associated with Ahmed, and seized his helmet, jacket and delivery bag. The moped was found across the street, hidden under a cover.

On 17 December 2018, officers searched an address on Huntingfield Road in Wandsworth, where they found Ahmed hiding in the loft. He was arrested on suspicion of robbery, attempted robbery, possession of a Section 5 firearm, two counts of burglary and aggravated vehicle taking.

“Michael Ahmed was ruthless in his attempts to rob unsuspecting people and was prepared to inflict harm on them by using a stunning device,” said Detective Constable Simon Pleavin of Operation Venice. “Police are taking every opportunity to arrest and prosecute those involved in moped-enabled crime, as this result proves. Ahmed's lengthy sentence curtails his violent offending and he faces the next few years in prison.

“Our officers are committed to keeping the public safe and are determined that such offenders are brought to justice.”