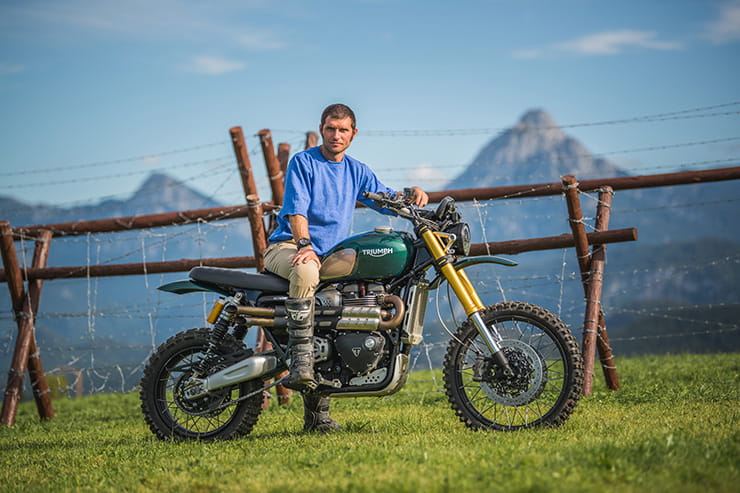 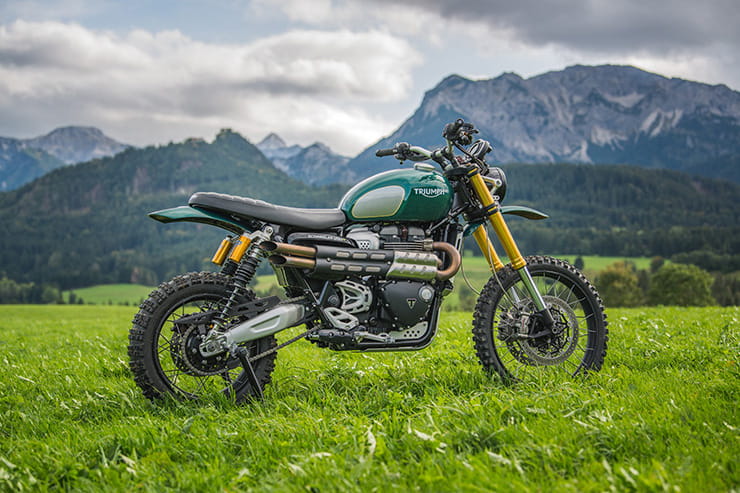 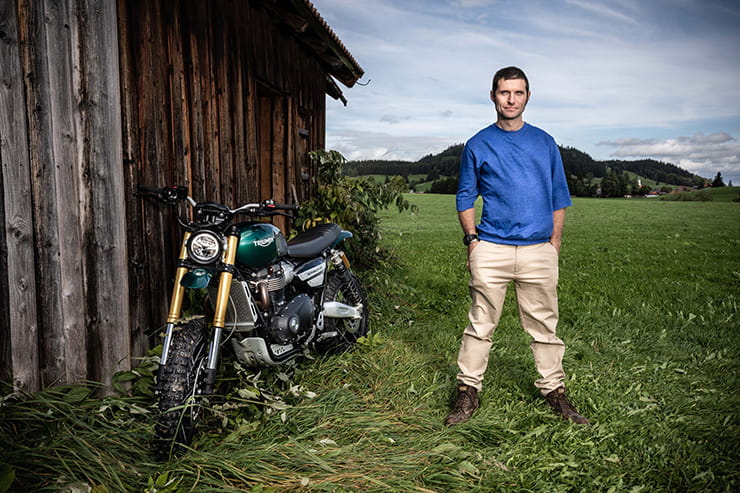 The clue is in the title of the show, as well as the headline of this news article and the kit in which Guy is dressed in the images above but to clarify, the enigmatic Lincolnshire-man will attempt to recreate the iconic motorcycle movie jump stunt at the climax of The Great Escape. But unlike Steve McQueen's film character, he aims to successfully clear both fences.

The two-hour documentary details the feat from the 1963 film where McQueen’s stuntman, Bud Ekins, performed what is potentially the most famous motorcycle jump in movie history. During the filming of the WWII-based movie, which tells the tale of 76 captured allied aircrew making an audacious escape from a German POW camp, being a Hollywood idol, McQueen demanded his character, Captain Virgil Hilts’, storyline included a bike chase.

His motorcycle of choice was a contemporary 650cc Triumph TR6 which Hilts steals from a German soldier to make his escape from Germany. For those who’ve not seen the film, spoiler alert: pursued by hundreds of German soldiers, he attempts to jump the border fence and escape into Switzerland. Hilts makes it over the first of two fences on the bike but as he lines up to attempt the second jump, the Germans open fire and he crashes into the barbed wire and gets caught.

Fast forward 56-years and it’s Guy Martin on another Triumph, this time a customised Scrambler 1200 XE, who faces the challenge of clearing the two fences. Thankfully, there aren’t any gun-toting Nazis on his tail this time. 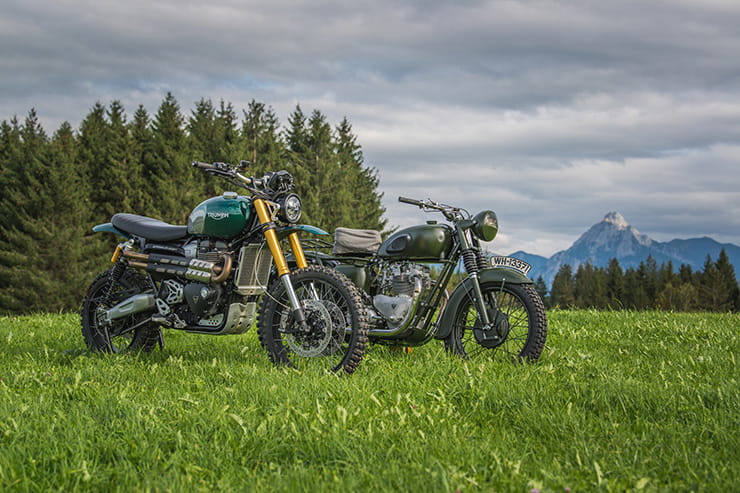 Above: the new and the original

The documentary has been in the planning for four years with the biggest stumbling block being the location. TV production company, North One Television, and Guy wanted to recreate the stunt only in the exact same field as the original had been filmed, near Füssen right on the Germany/Austrian border.

Once access had been successfully negotiated, Martin, via his own stuntman, Andy Godbold, began to learn how to jump a on bike. He rather unconfidently said, “Whenever I climb on an off-road bike, I can smell hospital.”

Two motorcycles were built by Triumph for the project; a primary jump bike and a secondary back-up bike, both set up with dedicated suspension and unique green and gold paint scheme. Modifications to make it suitable for the jump sequence including the removal of road components, simplification of electronics and uprated suspension and tyres. The one-off modern Triumph scrambler green paint scheme was selected as a modern twist on the British army green paintwork of the original 1963 Triumph TR6 bike ridden by Steve McQueen with hand painted gold coach lining.

Tune in on Sunday evening to see if he can make it.