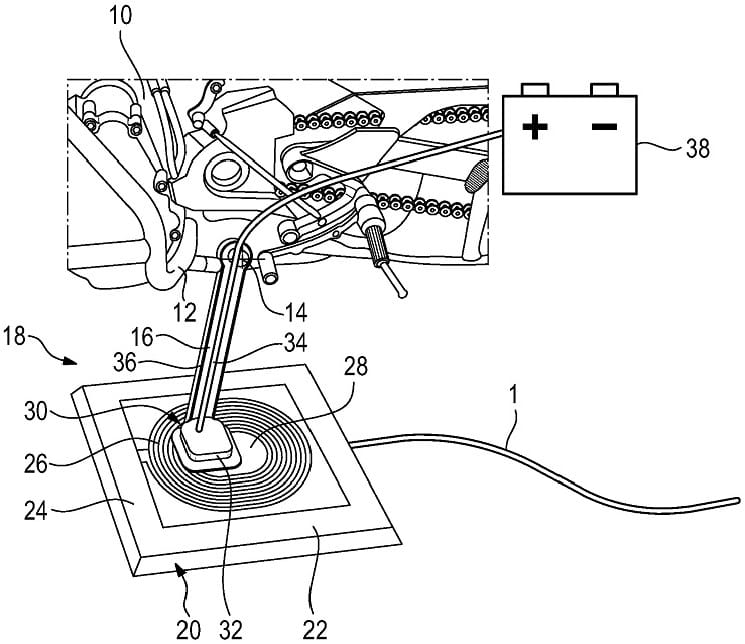 BMW is increasingly looking like it’s the mainstream motorcycle firm that’s going to spearhead the transition to electric bikes and a new patent application from the firm shows it’s already got its eye on relieving the hassle of recharging at home.

Recharging is one of the big problems associated with electric vehicles, but it’s an area where bikes have a distinct advantage over cars simply because they’re much more likely to be kept in garages rather than left on public roads. That means they’re better placed to take advantage of home charging points and less reliant on public chargers.

BMW’s latest idea takes its inspiration from trends in mobile phones by doing away with physical plugs and instead adopting wireless charging technology. 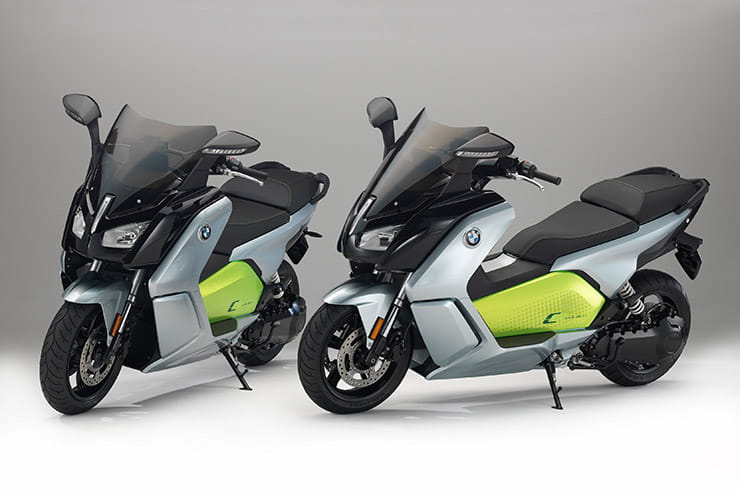 While wireless charging has been explored by some electric car firms, BMW’s new idea shows that motorcycles are actually better suited to the technology. Why? Because when bikes are parked, they have a stand that makes physical contact with the ground.

Although the idea has been attempted on some prototype electric cars they have the problem that because the only parts of the vehicles that actually touch the ground are the electrically-insulated rubber tyres it’s hard to get a wireless charge pad and receiver close enough to each other to work effectively. 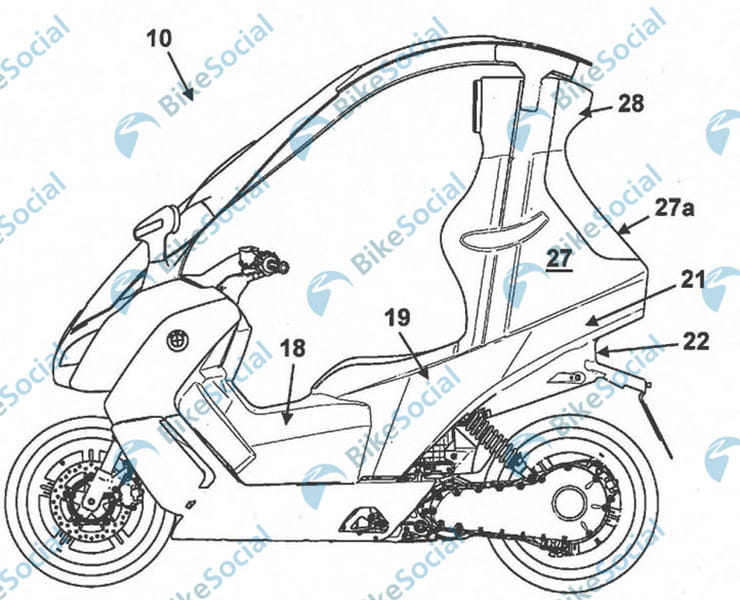 Future electric BMW projects could include this roofed scooter

Wireless, or inductive, charging itself is a pretty well established technology. Although it’s only recently made the move to some high-end smartphones, the same idea has been used for years on electric toothbrushes.

There’s a coil of wire in the charging pad and running an AC current through it creates an oscillating electromagnetic field. Another coil, this time in the side stand’s foot, acts as a receiver. Thanks to Faraday’s law of induction, when that receiver coil is placed in the magnetic field, it outputs an electric current that can be used to charge the battery.

Since distance matters, the fact that the bike’s side stand can directly touch the induction charging pad on the ground it should work much more efficiently than prototype inductive chargers for cars that rely on transmitter and receiver coils that tend to be some distance apart. 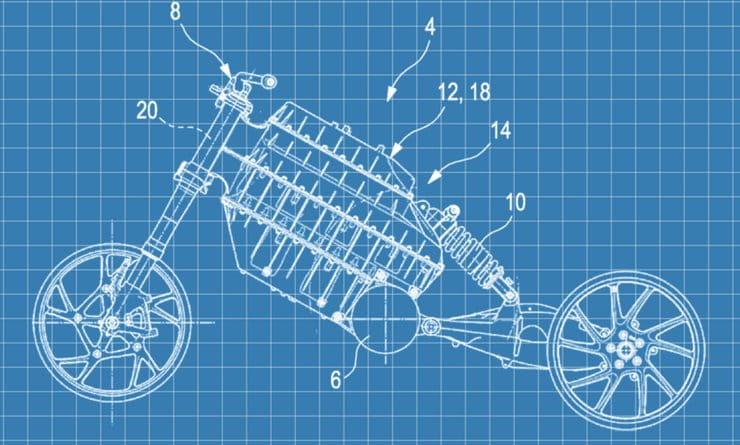 BMW has already patented its designs for an electric motorcycle

As anyone who’s tried induction charging on their phone will tell you, it’s not as quick to replenish the battery as a conventional plug-in solution. But it makes up for it with convenience. If there’s an inductive charge pad on your desk or in your car, simply putting the phone down on it will trickle-charge the battery, so it’s constantly topped up.

The same is likely to apply to BMW’s motorcycle wireless charging. No doubt the firm’s future electric motorcycle, which was previewed in patents that we revealed in November, will also incorporate a plug-in fast charging socket to quickly replenish its range at dedicated charging stations, while the inductive charge system is aimed trickling power into the battery whenever the bike is parked up at home. 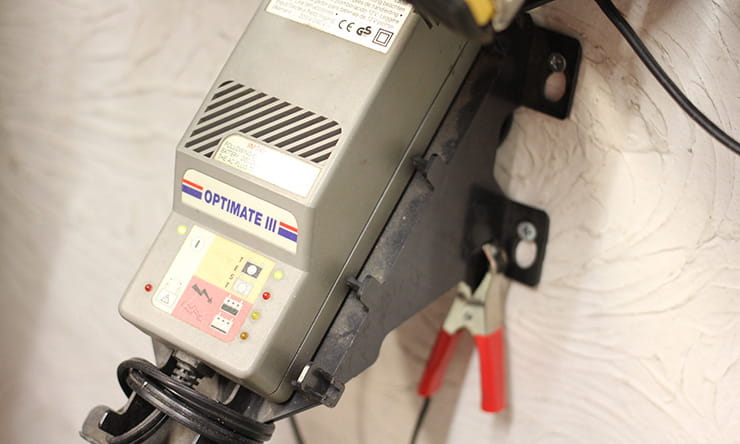 Although BMW is targeting electric bikes with its induction charging idea, it’s worth noting that the same concept could be a useful addition to conventional, petrol-powered machines as well.

After all, with many bikes spending long periods out of use, many of us use battery tenders to ensure they’re ready to go at a push of the starter. Inevitably that means trails of wires across garage floors and a strong chance of disappointment if you find you forgot to plug the tender in. An inductive pad and a built-in battery tender that takes its power via the bike’s side stand would be a welcome improvement over the usual plugs and sockets.