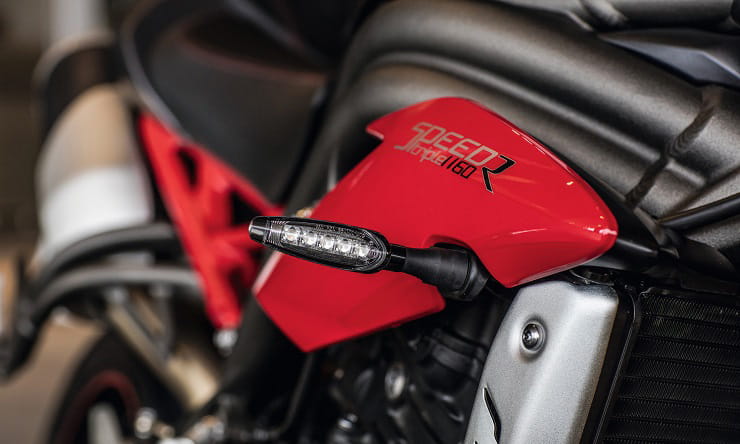 Triumph’s Speed Triple has been part of the motorcycling landscape since 1994 and ushered in the age of the manufacturer-built streetfighter – and while it’s been outstripped by insanely powerful rivals in recent years Triumph is preparing to hit back with a new big-capacity version of the bike.

Now Triumph is already well underway when it comes to testing the new Speed Triple, which bears a heavily revised, 1160cc version of the firm’s famous three-cylinder engine. That 110cc capacity hike from the existing 1050cc model is expected to be the result of a 4mm increase in bore, from 79mm to 83mm while retaining the existing 71.4mm stroke, giving 1160cc in total.

That might sound like a simple change, but it will require some serious reengineering of the three-cylinder engine, which can trace its roots back to the 895cc unit that debuted in the T509 Speed Triple back in 1997. At the moment, aftermarket big-bore kits can boost the 1050cc engine to 1103cc, but getting more probably means Triumph has redesigned the cylinders themselves rather than just machining bigger holes in the existing castings. 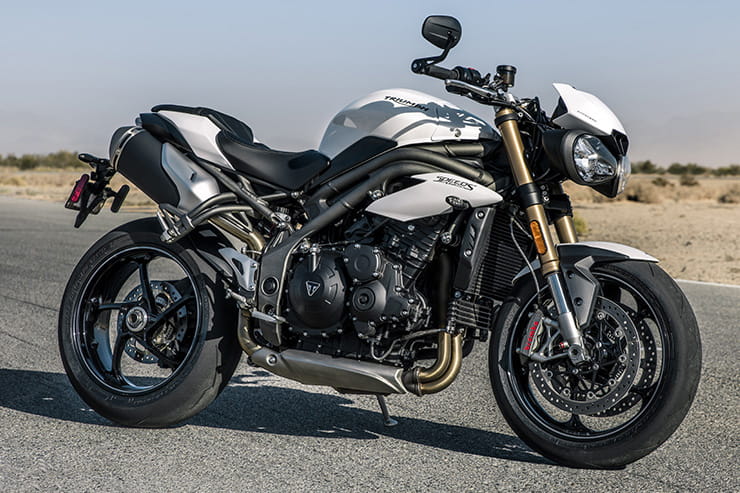 Even with the forthcoming capacity boost, the Speed Triple is unlikely to be a direct rival to some of the most insanely powerful naked bikes on the market. MV Agusta currently claims the top spot with its 205hp Brutale 1000 Serie Oro, and Ducati has already pledged to beat it by making the 2020 Streetfighter V4 the most powerful unfaired motorcycle you can buy. It could make the same 214hp peak as the Panigale V4 it’s derived from if Ducati doesn’t opt to detune the naked Streetfighter.

Instead, the 2020 Speed Triple’s larger 1160cc capacity is needed in part to offset power losses from the need to meet the forthcoming Euro 5 emissions rules – could push the bike’s peak from the current 1050cc version’s 148hp to around 160-165hp. That would put it into the same league as BMW’s S1000R, and the Triumph’s 1160cc capacity should also give it a torque advantage over most of its competitors, perhaps with the exception of KTM’s 1301cc, 174hp, 104lbft Super Duke R. With around 95lbft of peak torque, the 1160cc Speed Triple would easily out-punch 1000cc rivals like the S1000R and MV Brutale, which both top out at 85lbft, and even the Streetfighter V4, which is likely to make around 91lbft. 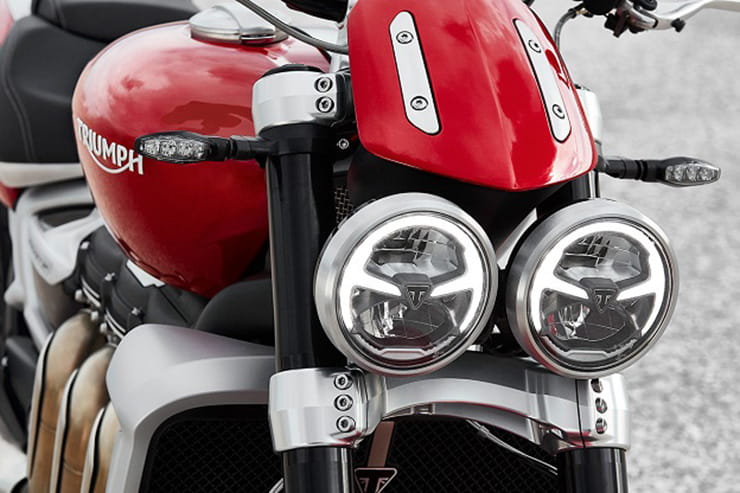 Could Triumph use the new circular headlights of the latest Rocket 3 to give the Speed Triple a more traditional streetfighter look?

Since Triumph’s Speed Triple chassis has remained largely unchanged since its last major overhaul in 2011, it’s likely the firm will also create a new frame – no doubt stiffer and lighter than its predecessor. Of course, we can also assume that the next-gen version will get a full suite of electronics including cornering ABS and stability control.

Although Triumph has prototypes of the bike on the road at the moment we’re still waiting for spy photographers to catch one. Despite that, we understand that the new Speed Triple 1160 is now getting close to its final production form, including changes to its appearance and technology to match rest of Triumph’s latest offerings. As with the current 1050cc model, we expect Triumph to make two derivatives of the Speed Triple 1160: a high-end ‘RS’ version and a lower-spec ‘S’ derivative. As with the current model, the RS is sure to get exotic kit including Ohlins suspension, while the S version is expected to stick to lower-cost Showa parts front and rear.

The bike’s styling is sure to be updated, too. Triumph could even ditch the opinion-splitting headlight design of the current Speed Triple and return to twin, round lamps by using the same newly-developed units that recently debuted on the all-new Rocket 3.

As with all Triumph’s latest offerings, there will be a major emphasis on technology, with a Bluetooth-enabled TFT screen that allows phone-based navigation, music and calls, GoPro camera control and a variety of different display styles. We’d also expect to see the quickshifter – already standard on the RS model – appear on both derivatives to allow clutchless changes both up and down through the box. 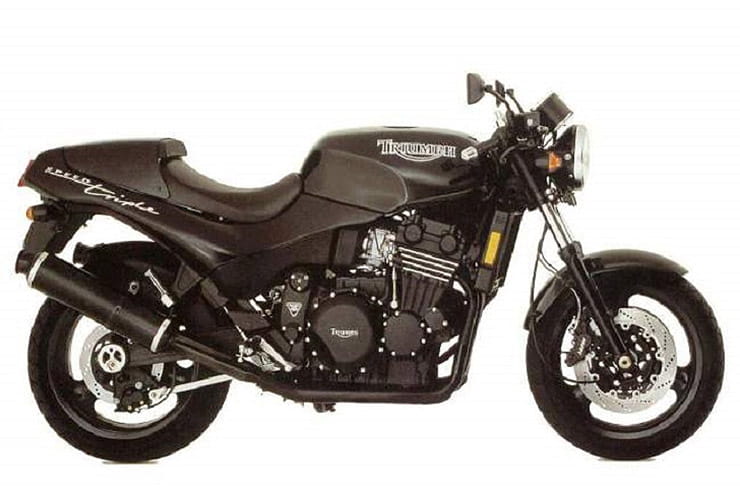 Original Speed Triple (above) appeared 25 years ago in 1994

Speed Triples have been a key part of Triumph’s range ever since the firm was revived under John Bloor’s ownership in the early 1990s.

Back in 1994, when the original T309 joined the range, the Speed Triple wasn’t quite the factory streetfighter that later versions became. While it was very much a Daytona superbike stripped of its bodywork, it retained the dropped, clip-on bars of its sister model. Along with a single, large, round headlight, the result was a machine that was more like a modern cafe racer than a streetfighter.

That all changed with the T509 in 1997. Based on the revolutionary T595 Daytona, the naked model – initially fitted with a smaller, 885cc engine instead of the superbike’s 955cc motor – took its styling inspiration from the homemade streetfighters popular at the time. Often Suzuki GSX-R1100-based, those machines tended to use twin aftermarket headlights and wide, motocross bars – both styling elements that the T509 adopted and which have stuck with the Speed Triple ever since.

Updates since have been evolutionary. A capacity boost to 955cc in 1999 was followed by a restyle in 2002. Three years later, a major revamp introduced the 1050cc engine and styling that’s far closer to that of today’s bike. In 2011 there was a new chassis – still used today –and more tweaks to the engine and styling, and although the switch from round headlights to a slanted shape wasn’t universally loved it’s a look that’s stuck with the Speed Triple ever since. Another set of changes in 2016 boosted power to 138hp and introduced tech including riding modes and traction control, while 2018 brought another 10hp and rationalised the range to a two-model line of ‘S’ and ‘RS’.