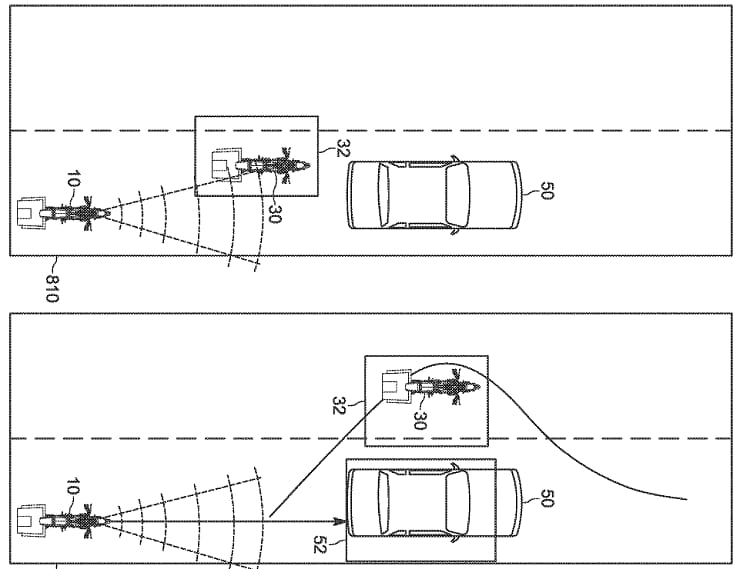 Every indication is that adaptive cruise control is going to be the next technological battleground for bike firms – and Harley-Davidson is working on a unique take on the idea that’s specifically honed to suit its core buying demographic.

Adaptive cruise systems, using radar, LIDAR or cameras to monitor vehicles around yours and automatically modulate your speed to keep pace with them, are increasingly common on cars and will be introduced to production bikes for the first time in 2020. Ducati has already confirmed it will have a 2020 model with such a system, and Bosch – which supplies a vast amount of electronics to most of the world’s bike makers – is developing an off-the-shelf system that any of its manufacturer clients will be able to adopt.

But the prototypes we’ve seen so far are very much based on the same ideas used by adaptive cruise control in cars. They simply measure the distance to the vehicle ahead and keep a constant gap.

Harley’s design is much more bike-orientated, with a particular eye on the sort of group riding that’s often associated with Harley-Davidson owners.

As such, instead of being tuned to follow cars, it’s designed to be able to lock-on to a specific vehicle ahead, specifically another motorcycle. It’s intended to be able to work with the sort of staggered formations that groups of riders might adopt – particularly on America’s long, straight roads.

The idea is that while the system will work like any other by simply sensing other vehicles, it also incorporates a transceiver sending out a unique identifying signal. That means when there are multiple bikes all fitted with the system riding in a group, the system can track their positions and pick a specific lead bike to follow. 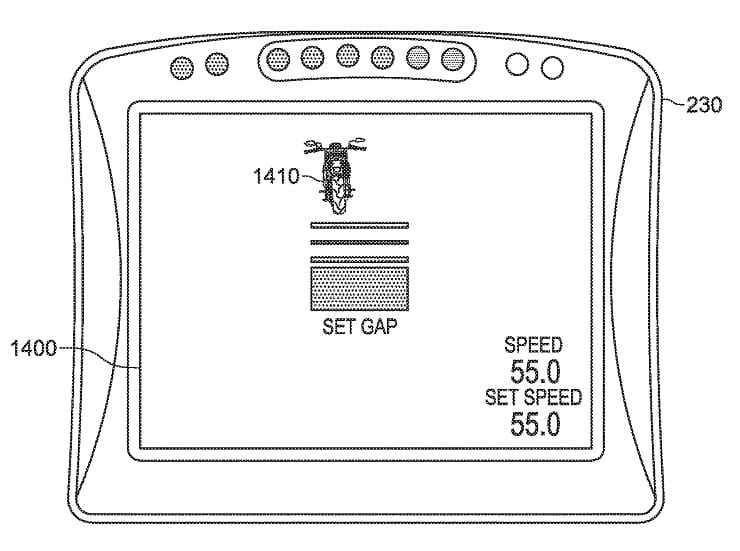 An on-board display shows the position of the vehicle that’s been locked-onto and allows the rider to select a different leader, while further elements of the patent application show that Harley has considered a variety of situations including what happens when the lead bike overtakes a car.

Last year Harley-Davidson filed patent applications for an autonomous braking system, intended to prevent accidents or at least mitigate them, and the new idea is also tied into the bike’s brakes as well as its throttle control.

The system might have a very specific aim, but Harley-Davidson is in a unique position as perhaps the only motorcycle manufacture in the world that can be sure a significant proportion of its customers will regularly travel in groups with other riders on the same brand of bike. By adding a feature that’s specifically designed to cooperate with other similarly-equipped Harleys it’s creating a new reason to stop those customers from defecting to a rival brand. 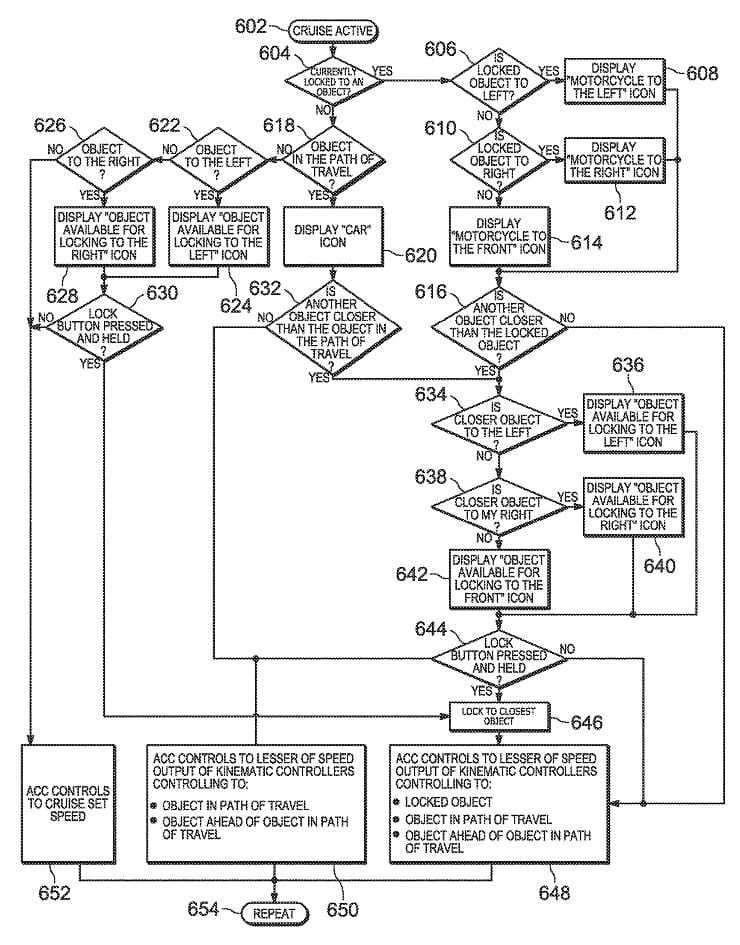