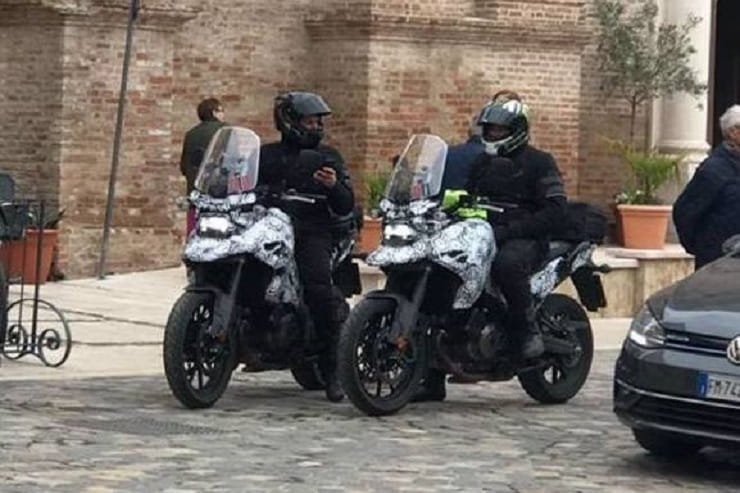 Rumours of a new Suzuki DR Big have been doing the rounds for a few months and prototypes for the 2020 machine have now been outed via a spy picture doing the rounds of FaceBook, appearing to emerge first on the page of French magazine Road Trip.

But if you’re hoping that Suzuki is going to revive the idea of a mammoth, rally-inspired single-cylinder machine, you’re in for a disappointment; in reality the new bike is nothing more than a facelifted DL1000 V-Strom.

Close inspection of the disguised prototypes doesn’t reveal any technical changes compared to the current V-Strom. The frame, forks, brakes and swingarm are all identical, and although the image isn’t pin-sharp, there’s no apparent change to any of the outer engine cases. Even the wheels are straight from the base-model V-Strom 1000, which comes as a surprise. They’re road-oriented alloys, with a 19-inch front and 17-inch rear, despite the fact Suzuki already offers the existing V-Strom with more suitable wire wheels as the V-Strom 1000XT.

Even components like the bars and mirrors appear to be borrowed directly from the existing DL1000 V-Strom, as are the pillion grab handles and the rear licence plate hanger. 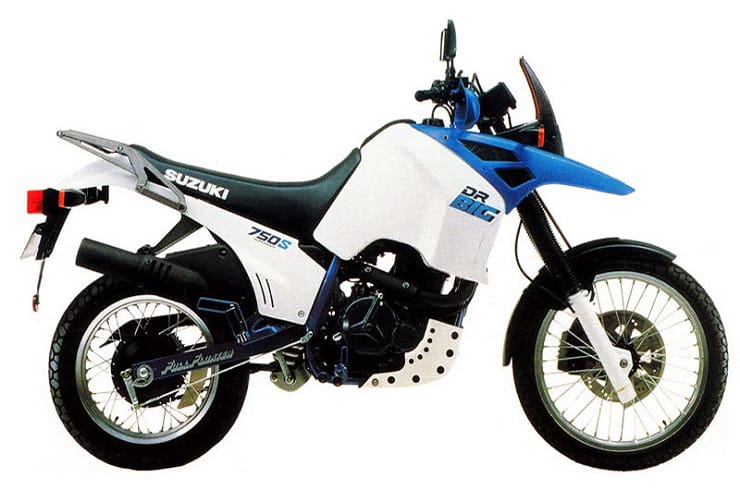 For anyone familiar with the original DR Big, that’s a disappointment. That machine debuted in 1988 as the DR750, with an air-cooled 727cc, 52hp single-cylinder engine, rallye-raid looks and serious off-road ability. In 1990 it was scaled up further still, with a 779cc, 54hp version of the same engine.

In reviving the Dr Big Suzuki appears to be adopting elements of the original bike’s styling, but little more.

That should come as no surprise. When it launched the ‘new’ Katana last year, Suzuki simply re-bodied its existing GSX-S1000 with retro-inspired plastics in a move that allowed it to take the bike from concept to production in little over a year. In comparison, developing a complete bike would take exponentially more time and money, with no guarantee of garnering any additional sales at the end. With the new Dr Big, Suzuki is clearly using the same approach. 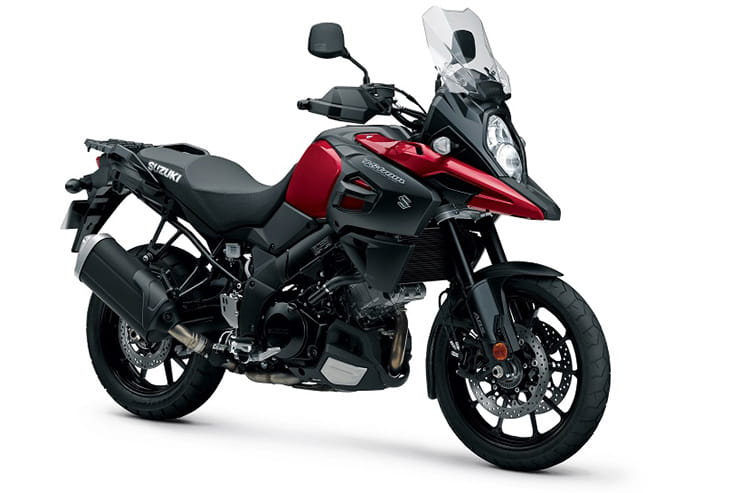 Since the bike appears to be technically close to the V-Strom we can already take a stab at its specifications. The engine is the age-old V-twin that started life in the TL1000 but has been massaged and revised several times since then. In DL1000 V-Strom form it’s a 1037cc version making 99hp at 8000rpm and 74.5lbft at 4000rpm. It might need a few more tweaks for the Dr Big, which appears to sport a slightly different exhaust and, as a newly type-approved 2020 model will need to conform to Euro 5 emissions rules rather than the current V-Strom’s Euro 4 levels.

An identical chassis to the V-Strom means the new bike’s weight will be around the same – 232kg ready-to-ride – although Suzuki might have changed the size of the fuel tank, which will have an impact on its ‘wet’ weight. The original Dr Big had an astonishingly large 29-litre capacity, 45% more than the 20 litres that the current V-Strom can carry.

In terms of style, the disguised prototypes already show a couple of key Dr Big cues. In particular the dual, triangular air intakes on each side of the bike are a notable nod to the original, as is straight line that can be drawn from the top of the fuel tank to the tip of the ‘beak’. The current Katana also has a half-hearted nod to the DR Big’s air intakes, but they’re only shaped cutouts on the outer plastic cladding, showing coloured bodywork underneath.

The DR Big’s rectangular headlamp is also included, albeit in a stylised, LED form with built-in daytime running lights, although the screen above it is too tall when compared to the original bike’s stubby, tinted affair. No doubt modern adventure tourer riders would baulk at the buffeting that a more authentic screen would cause.

The bikes in the spy picture are numbered ‘010’ and ‘011’ on their screens, a clear indication that Suzuki has already built more than a handful of prototypes. They were spotted testing in Italy, and it’s likely that other examples are piling on the miles all over the world.

Given the drawn-out teaser campaign that accompanied the launch of the Katana, it won’t be a surprise if the first official indication of Suzuki’s DR Big plan emerges soon, although we’re unlikely to see the final bike until the major motorcycle shows at the end of this year.