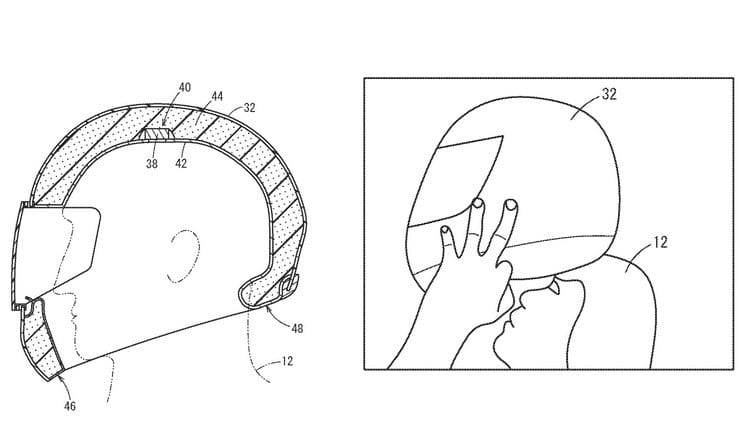 Keys are increasingly looking like they’ll become a thing of the past in a future of smart-locks and interconnected devices, and Honda is working on a design for a helmet that will double-up as the key for your bike.

You can already buy cars that unlock and start on sensing the presence of your phone, or front door locks that use fingerprints or even face-recognition to let you enter your own home. And once the idea of carrying a bunch of keys becomes outdated, it’s inevitable that people will want to access their bikes without them as well.

Of course, keyless ignition for bikes already exists, but the current systems still rely on remote fobs that still take up space in your pocket. What’s needed is a completely keyless bike, and that’s where Honda’s idea comes into play.

Honda’s design, revealed in a patent application, uses your helmet as a proximity-based key system, a little like the existing ‘keyless’ fobs, but it adds an extra layer of security in the form of facial recognition. That means you could even leave the helmet with the bike, under the seat perhaps (although that poses the question of how to unlock that), without giving thieves a free pass.

The system features a camera built into the inner lining of the helmet. When you’re wearing the lid, the camera points at the top of your head, but the idea is that as you put the helmet on it grabs a shot of your face, confirming your identity and allowing you to start the bike.

In particular, Honda’s patent application specifies an electric bike, and the patent drawings show a machine that resembles the firm’s EV-Neo, a scooter that was made in limited numbers back in 2010 as part of a leasing programme that allowed Honda to test its electric bike technology in real-world use.

The patent clearly shows that Honda is considering how to deal with a keyless future that poses particular problems for motorcycles. Fingerprint-sensing tech isn’t much use when you’re wearing gloves, and even face-recognition isn’t much help if the camera is attached to the bike itself, since it will rarely see you without your helmet on. Does the helmet-mounted face-recognition solve the problem? We’re not convinced, but it’s at least one possible avenue. No doubt we’ll see more ideas from various manufacturers over the coming months and years as keys become a thing of the past.